India's Famous Ladoos Were First Used as Medicine - Here's How 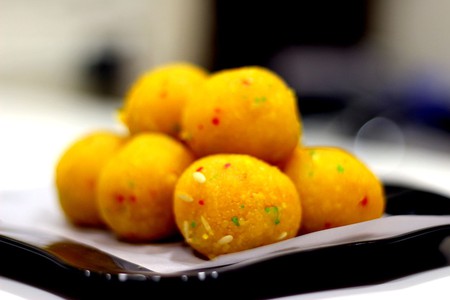 Ladoos are easily the most famous Indian sweets of them all. They’re so popular that every region in India has its own version of the ladoo. From the motichoor ladoo in the north to the coconut ladoo in the south, there’s no escaping the sweet, wherever you travel in the country. Interestingly, India’s most-loved confectionary was invented by an ancient Indian doctor. Here’s how the intriguing story goes.

There’s no doubt that ladoos originated in India – the contentions lie in the where, when and how. One of the widely believed theories is that Sushruta, the ancient Indian physician, first used spherical balls of sesame seeds as an antiseptic to treat his patients. From there, the ladoo gradually began taking shape as the sweetmeat we’ve come to know and love today.

Sushruta, also known as the ‘father of surgery’ in India, is the author of Sushruta Samhita or The Compendium of Sushruta. The seminal work is often regarded as the basis of Ayurveda. In the book, the physician mentions around 700 medicinal plants used for the treatment of various illnesses.

It is believed that he created small edible balls made of ingredients like sesame seeds, jaggery and peanuts and inserted small dosages of medicine into them. This was done in order to make the drug easier to consume for the patient. Sesame seeds and jaggery themselves are considered in Ayurveda to have many health benefits including healthier bones, acting as a cure for indigestion, maintaining blood pressure as well as treating colds and coughs.

It is also said that in the past, ladoos were fed to adolescent girls in order to balance their hormones. These ladoos were mostly made of fenugreek seeds, which is an ingredient known to have several benefits for women. These seeds are especially effective in alleviating painful menstrual cramps. 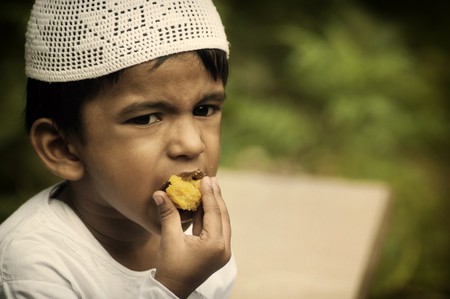 Apparently, with the arrival of the British in India who set up a large-scale industrial production of refined white sugar, sweeter versions of ladoos started gaining widespread popularity. There’s an old shop in the city of Kanpur in Uttar Pradesh called ‘Thaggu Ke Ladoo’, which means (a thug’s ladoo), and Ram Avtar Pandey, the founder of the confectionery, created a trademark ladoo using khoya (a milk-based ingredient), suji (semolina) and refined sugar, which was termed ‘white poison’ because of its association with the British.

While these ladoos became such hot sellers, the fact that Pandey was cheating on his countrymen by using a colonial product weighed heavily on his conscience. He then decided that he couldn’t shut up shop but could at least let his customers know that he was up to no good by naming his business, Thaggu Ke Ladoo. 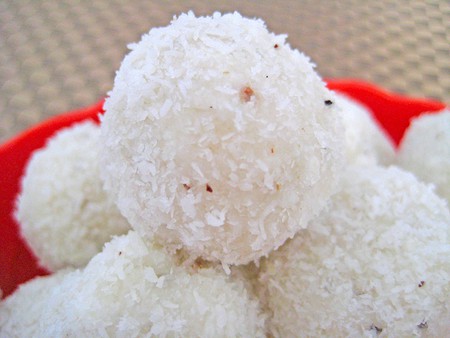 The sweet also has a special place in prayer rituals and is a popular offering to Gods. At the Tirupati Temple, the richest Hindu temple in India located in Tamil Nadu, over 10 crores (100 million) ladoos are sold each year.

This colourful history truly complements ladoos, which are ubiquitous in every Indian celebration. So whenever you visit India, make sure that tasting a ladoo is definitely on your list of things to do and if you go to Kanpur, do make a quick stopover at the infamous Thaggu Ke Ladoo.