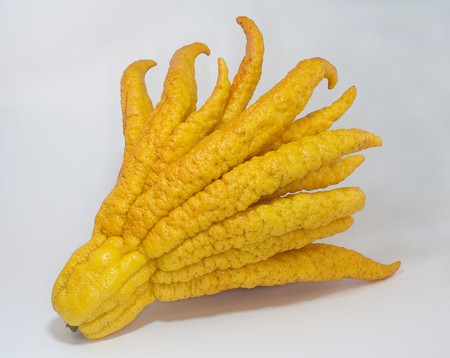 Being as geographically diverse as it is, India is home to an incredibly wide variety of fruit. The country is the second largest producer of fruit in the world after China. It is only natural that you will find many strange products of nature that you won’t find anywhere else in the world. We’ve rounded up a list of five Indian fruits that you’ve probably never heard of them if you’re from outside the country.

This distinct-looking fruit, whose origin is estimated to trace to India’s northeast, is quite popular in East Asia today. Segmented into long finger-like sections, the fruit resembles a human hand, hence its name as ‘Buddha’s hand’ in Chinese, Japanese, and Korean. The fragrant fruit is used for perfuming rooms, as decorative additions in gardens and as religious offerings in certain Buddhist temples.

Known locally as kabit or bel, the fruit is called wood apple or elephant apple due to its hard, woody exterior, which needs to be cracked open to get to its sticky, brown pulp. The fruit usually tastes sweet and sour. It is usually mixed with jaggery to make fruit juices and jams. The wood-apple tree is considered auspicious by Hindus and therefore can be found at many temples. It is usually found in South India, Madhya Pradesh, and Maharashtra. 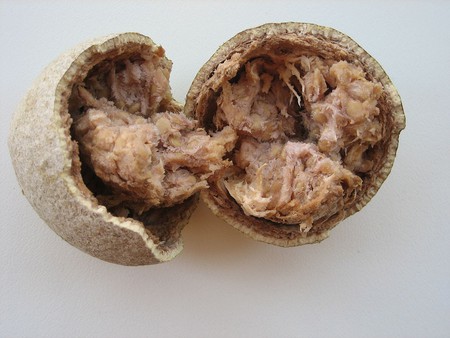 The berry-sized pinkish white fruit is used mostly in pickles, owing to its tangy, sour taste. A rich source of iron and Vitamin C, karonda is used for medicinal purposes in parts of the country. It is also used to make jelly, jam, and chutneys. It is grown in parts of South India as well as Rajasthan, Gujarat, Bihar, West Bengal, and Uttar Pradesh. 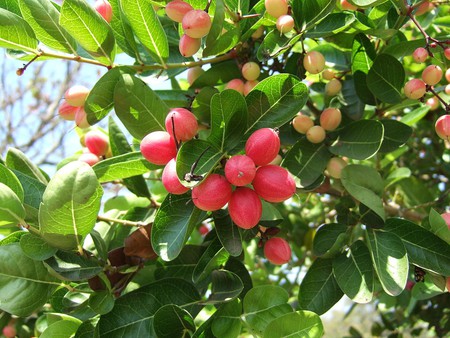 The distinctive ridges down the sides of this green to yellow colored fruit cause it to resemble a fruit, if sliced. Native to Southeast Asia, besides India, the extremely juicy fruit is entirely edible and often is just eaten as is. However, it is also used to garnish dishes, owing to its peculiar shape. Rich in antioxidants, potassium, and vitamin C, and low in sugar and sodium, this is one fruit you should definitely aim to dig your teeth into while in the Indian subcontinent!

With a black husk and a sweet jelly-like interior, this fruit grows in clusters on trees called by a variety of names including doub palm, palmyra palm, toddy palm, or wine palm. Eaten raw, boiled, roasted, or incorporated into complex recipes, the fruit is found mostly in South India. Rich in Vitamin A, B, and C as well as calcium, potassium, iron, zinc, and phosphorous, the fruit has various medicinal uses as well. 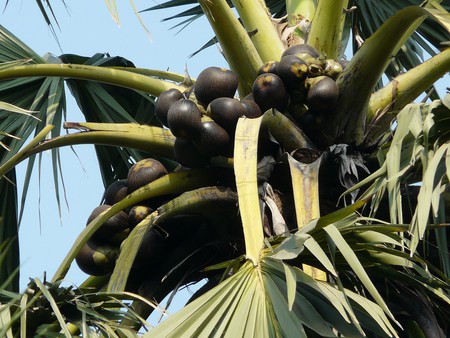