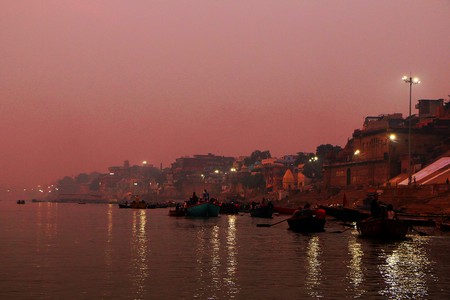 Art from the Subcontinent has gained popularity in the past decade, with prices for contemporary artists reaching millions of US dollars at auction. Although the most expensive and popular artists in India are still modernist masters, such as Gaitonde, Souza and Mehta, younger generations of artists are proving to be much more sought after on the global stage. We profile eight of the most expensive and popular Indian artists today.

Anish Kapoor ranks No. 11 in Artprice’s Top 500 for 2012-2013, with an auction turnover of EUR12.3 and the top hammer price of EUR1.12. In 2012-13, Kapoor sold 49 lots at auction, while in 2013-14 he only sold 35. Nevertheless, he still tops the list for the most expensive contemporary Indian artists. His popularity extends far beyond Europe and the United States, to now encompass the thriving art and collecting scene of the Middle East. In October 2014, Sotheby’s Contemporary Art Auction in Doha set a record for Kapoor’s ‘Untitled’ (2009), sold at USD1.595 million, the highest price achieved for a work by the artist in the Middle East. Kapoor’s all time record auction price of GBP1.94 million was set in July 2008. 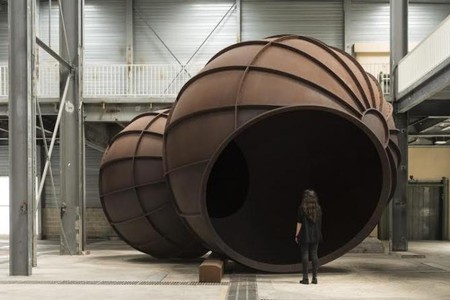 Atul Dodiya doesn’t appear in the Artprice’s Top 500 ranks, but he is often mentioned among the most popular and sought after contemporary Indian artists. His work can reach the range of USD500,000 at auction, as seen as early as 2007 at Christie’s Hong Kong Asian Contemporary Art sale, when ‘Lodging in Somnath’ (1989) fetched USD465,818. Dodiya’s evocative paintings are seen in auctions that feature some of the most important and highly prized Indian modernists, like Tyeb Mehta and Francis Newton Souza. Dodiya is, in fact, influenced by modernist currents and Indian modernist masters, but re-interprets their traditions through a contemporary perspective, engaging with both political and art history in a way that entwines global and public memory. 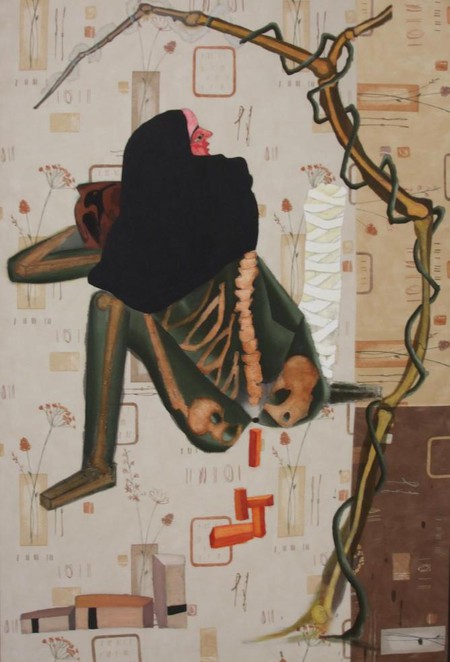 Although Bharti Kher ranked No. 102 in Artprice’s Top 500 for 2012-2013, as the second most expensive Indian artist after Kapoor, she doesn’t figure in the Top 500 for 2013-2014. This doesn’t mean that Kher has lost popularity, but a plethora of prolific Chinese artists have recently filled up places at the top of the list. Nonetheless, Kher’s renowned ‘The Skin Speaks a Language Not Its Own’ (2006) sold at Sotheby’s London in 2010 for USD1.5 million, makes Kher the top-selling Indian woman artist and surpassing her husband Subodh Gupta’s selling record of USD1.4 million. The same work was sold at Christie’s New York Spring auctions in May 2013 for USD1.785 million, setting a new record for the artist at auction. 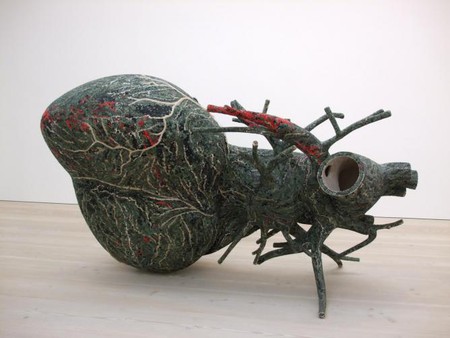 Bharti Kher, An Absence of Assignable Cause, 2010 | © MrPush/Flickr

Jitish Kallat is the third most expensive Indian artist, according to his ranking as No. 448 in Artprice’s Top 500 for 2013-2014, with an auction turnover of EUR291,193 and a top hammer price of EUR129,312. In 2012, he ranked No. 384 with an auction turnover of EUR223,400 and top hammer price of EUR82,400, but it was in 2011 that Kallat reached a peak, with an auction turnover of almost EUR900,000. Since the first Sotheby’s New York dedicated sale of Indian contemporary art in 2007, when Kallat’s new auction record was set at USD72,000, the artist has increased in popularity on the international circuit. In 2008, Sotheby’s London set a new record for the artist, with the sale of ‘Humiliation Tax – II’ (2005) at GBP58,100 (USD115,000). Kallat, who was Director of the Kochi-Muziris Biennale 2014, creates work informed by his Mumbai city environment as well as by the broader socio-political changes taking place in India and elsewhere.

Raqib Shaw is the second most expensive Indian artist according to Artprice’s Top 500 in 2013-2014 at No. 373. His popularity on the international stage skyrocketed after his record breaking sale at Sotheby’s London Contemporary Art Sale in May 2007 – his ‘Garden of Earthly Delights III’ (2003) sold for GPB2.7 million (USD5.49 million), making it the most expensive artwork by an Indian artist ever sold at auction. Prior to that, Shaw was little known outside of London. Since 2007, he has become one of the top contemporary Indian artists in the international art world and his seductive, subversive homoerotic paintings push the boundaries of socially accepted norms and can be seen at major art fairs around the world, shown in top white-cube galleries, such as Pace Gallery.

Ravinder Reddy ranked No. 322 in Artprice’s Top 500 for 2012-13 with an auction turnover of EUR325,000 and a top hammer price of EUR216,000, making him the fourth most expensive Indian artist – after Kapoor, Kher and Gupta – for that year. Although he is not listed among 2014 Top 500, his sculptures of deity heads in bright colours reminiscent of traditional Hindu statuary art continue to be very popular. ‘Lakshmi Devi’ (2003), a golden head sculpture, fetched as high as USD312,000 back in 2007 at Christie’s New York sale of Modern and Contemporary Indian Art. ‘Family’, a unique work from 1997 and a modern day adaptation of Chola style depictions of Shiva, Parvati and Skanda (Somaskanda) was sold for USD341,000 at Sotheby’s New York sale of The Amaya Collection of Modern and Contemporary Indian Art in 2013. 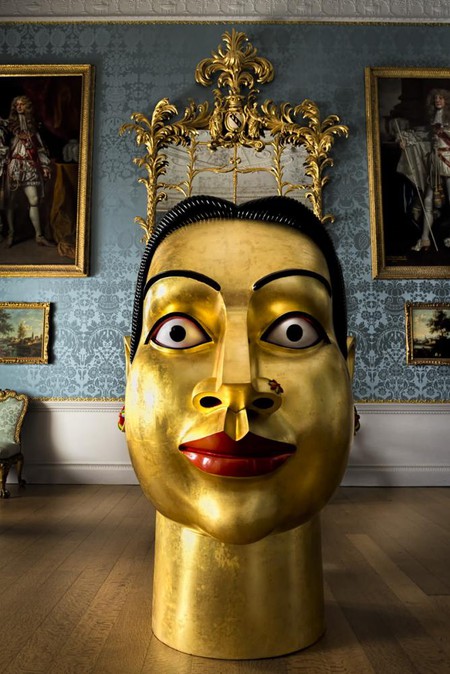 Shilpa Gupta is the youngest artist in this list, nonetheless she has risen to stardom in recent years for her cutting-edge multimedia practice that woos audiences worldwide, including at events such as the prestigious Venice Biennale. She is not part of Artprice’s Top 500 list, but she is often mentioned amongst the most expensive and popular artists, and has featured at auction with them since 2008. Gupta’s work at auction at Christie’s and Sotheby’s have commanded prices up to around USD50,000, such as her ‘Untitled’ C-print on canvas sold in 2008, , the first year the artist appeared at auction. Gupta is a highly sought after Indian artist who works with top galleries and is commissioned for prestigious worldwide contemporary art events. At this stage of her career, her most important platform is the primary market, where she is popular with both private and public collections.

Shilpa Gupta, Where Do I End and You Begin, 2014, Old Royal High School on Regent Road, Edinburgh, UK | © Graeme Pow/Flickr

Subodh Gupta ranked No. 117 in Artprice’s Top 500 for 2012-2013, with an auction turnover of EUR1.25 million, a top hammer price of EUR249,000 and 17 lots sold, making him the third most expensive Indian artist in that year. His record breaking sale of all time was set at Saffron Art auction in June 2008, when a painting featuring images of tin cans, pots and other metal kitchen utensils fetched USD1,427,500, surpassing his previous USD1.2 million sales at Christie’s London and Hong Kong. From 2005 to 2008, his selling price at auction for an oil painting increased from USD23,126 to USD1.4million—a whopping 5,000% increase. In 2007, ArtReview Power 100 list included him as one of the three most powerful figures in Indian contemporary art. 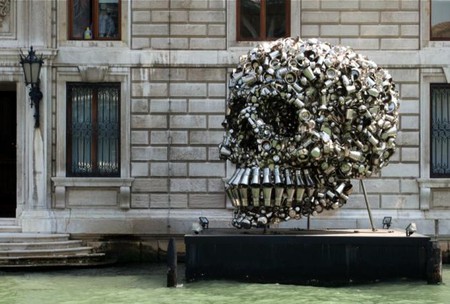