The rock musicians of India are a distinctively pioneering group. Seeking both an international presence and fidelity to Indian sound, they find unique ways to blend global music with India’s own varied cultures. Gradually, rock musicians are gaining appreciation in a country still chiefly acquainted with classical and film traditions. We take a look at 10 bands making waves on the Indian rock scene. 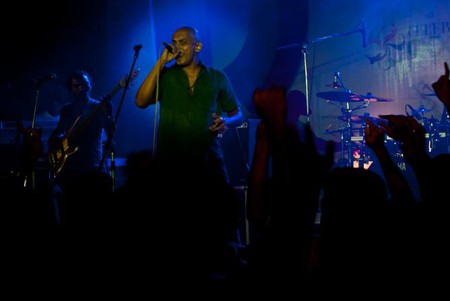 From Thiruvanathapuram, Kerala, Avial entered the scene in 2003 and is named after a staple dish of South Indian cuisine. Avial, a sort of yellow Indian ratatouille, is a mix of vegetables, dry or stewed, and flavoured with coconut and curry leaves. The dish was thought to symbolize their fusion of rock music and Malyalam lyrics – Avialachieved wide acclaim though singing entirely in their regional language. Avial classifies its music as alternative rock with elements of jazz and funk. Their lyrics are usually based on Malyalam folk songs. Those available in English translation appear to be soulful lyrics, like the poetry of South India coloured by Latin American surrealism. Untranslated too, Avial is a joy to listen to and beautifully showcases the weights and sounds of words as rhythm. 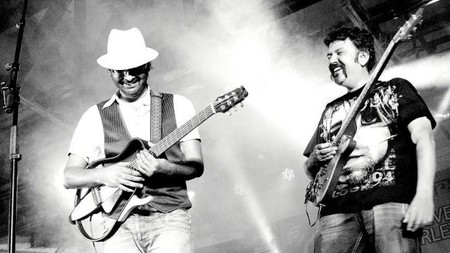 One of the few Indian bands to sign a deal with a major international record label, Agnee (from agni – Sanskrit for fire) brings together the individual styles of its three members – classic rock, pop, folk rock, funk, jazz and Carnatic and Hindustani music. Besides producing ‘Agnee’ in 2007 with Sony, they have also produced songs for Indian and international films. For an introduction to their work, listen to the light but soulful ‘Shaam Tanha’ or listen to ‘Hello Andheron’ for an upbeat film composition.

Based in Delhi, Euphoria was formed by a medical student and some friends in1988, originally as an English band. Ten years later, they released the Hindi album ‘Dhoom’and became pioneers of Hindi rock. They were one of the first bands to establish an identity uncompromisingly independent from classical and film genres, the usual mainstays of Indian music. They also have the knack of longevity, managing to stay anchored in the music scene and find the pulse of their listeners. Alongside Pakistan’s Junoon, they were the first band to perform at the United Nation’s General Assembly in 2001. 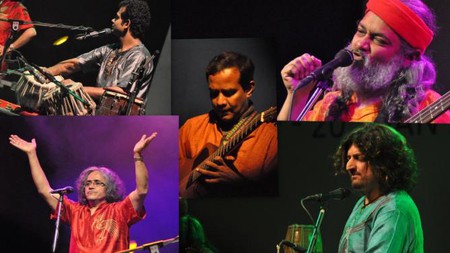 Indian Ocean originally sprang from a musical friendship that originated during the eighties, between Asheem Chakravarty – who played table and drums – and Susmit Sen on guitar. Together, they worked towards forging a sound reflective of their interest in eastern and western music, producing Indian folk, jazz and rock. Many of their songs centre on themes of social and political protest. Songs like ‘Kandisa’ and ‘Bandeh’ from the early days are foot-tapping crowd-pleasers. They have also worked more recently on uncommon and eclectic pieces like ‘Tandanu’, from the 2014 album of the same name. The album showcases them at their most versatile and virtuosic. It includes lyrics in five languages and Indian instruments like the tabla, kanjira and a one-of-a-kind Hindustani slide guitar.

Krosswindz came together in 1990 in Kolkatta, West Bengal, as a folk rock band, known for their fusion of Bangla, Assamese and other folk songs. They are dedicated to eclecticism (including jazz, Irish folk, hip hop, Latin, funk, and Indian music in a style they call ‘world rock’) and to al folk inspiration. They are also one of the few bands to have a lead woman vocalist.

Motherjane gives us the heroic story of a band growing and thriving on talent and passion. This Kochi band first came together in 1996, while competing at college festivals and jamming at a local restaurant, The Ancient Mariner. They continue to be one of the foremost bands on the Indian rock scene. The sound they are famous for is one that knits progressive rock and English lyrics with Carnatic rhythms and melodies, such as ‘Fields of Sound’. The Indian influence is most noticeable in Baiju Dharmajan’s guitar, whose bending and sliding produces the sound of Indian strings. Vivek Thomas’s vocals also reference Indian classical singers. The melodies often have an unresolved quality, evoking moods that are by turns keening, defiant and brave. Now with several new members, Motherjane leans towards post-rock and folk influences. Look out for faces painted in the vibrant colours of traditional Kathakali dancers.

Mrigya is a world fusion band that began to play together in 1999. As the category suggests, they incorporate blues, jazz, rock, funk, Latin, and Indian classical music, working with the guitar and bass, drums and Indian percussion, keyboard, violin, vocals, and Sufi vocals. The name comes from the Sanskrit for hunt or quest. 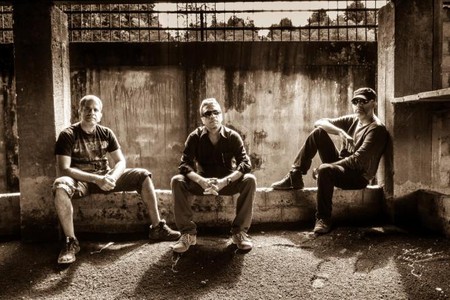 Internationally acclaimed Indus Creed is a Mumbai-based rock group that came together in 1984 – the early days of Indian rock. Originally entitled ‘Rock Machine’, their early music was heavily indebted to the western music scene. ‘Top of the Rock’, one of their most popular songs, has a very traditional feel to it. Rock Machine became Indus Creedwith the incorporation of Indian influence in 1993 and their ensemble of instruments extends from guitars, drums, and keyboards to tablas and sarangis. The group disbanded in 1997 but came together again in 2010, going on to release a new album ‘Evolve’in 2012.

Parikrama came together in 1991and incorporates Indian percussion instruments like the tabla and mridangam, alongside melodic instruments like the flute and sitar. Parikrama have so far proved to be rather independent spirits, opting to not release a studio album. They prefer instead, to perform live or release their music free of cost. This inevitably adds to their popularity. ‘But It Rained’ touched the hearts of the nation and Parikrama were surprised to find a 40,000 strong audience singing along with them when they opened for Iron Maiden.

Punkh was formed by Dean (Deepak Nair) in 2003 in Frankfurt. They were originally called Guru but changed to Punkh after their founder’s return to India. The name signals their orientation towards electronic hip hop, power pop, digital sound and rap. ‘Ghoom Le’ and ‘Karmah’ follow this ‘nu metal’ style. Their second album, ‘Punkh’, was distributed by an international label, EMI, in India and abroad.