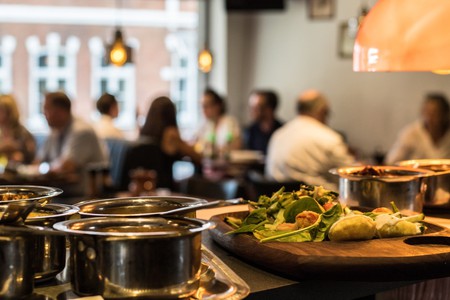 Much like in different culinary cultures around the world, dining etiquette is very important in India. The convention of eating in India reflects the country’s varied traditions and cultures. Though most parts of the country follow the same dining etiquette, you might find some dissimilarities in practices in the northern and southern regions. Here’s a guide to basic Indian dining etiquette that you can follow while visiting an Indian friend or dining at an Indian restaurant.

‘Atithi Devo Bhava’, which means ‘the Guest is God’, is something that Indians heartily believe in. So don’t be surprised if you just casually visit an Indian friend and are then asked to stay over for a meal because that’s a gesture of respect and honour. On the contrary, if you’ve been invited for dinner, it’s quite okay to arrive at your host’s place 15 to 20 minutes after the scheduled time. Arriving early or exactly on time might seem rude as your host will be still in mid-preparation. You’ll also notice that you won’t be served your meal immediately after you arrive. There’s a prior snack session, where you’ll be offered a few drinks and some snacks accompanied by light chit-chat. 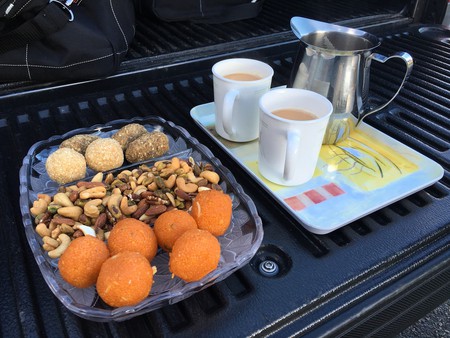 When the meal is announced

After the meal is announced, you must wash and dry your hands. Washing your hands is the first step of dining as per Indian etiquette. In restaurants, hotels and urban homes, tables and chairs are arranged for dining, however, in rural areas, some families sit together in comfortable clothes on floor mats made for eating meals. In most Indian homes, generally, the homemaker arranges food for the family on the table and keeps an eye on who needs what, offering and bringing more food. 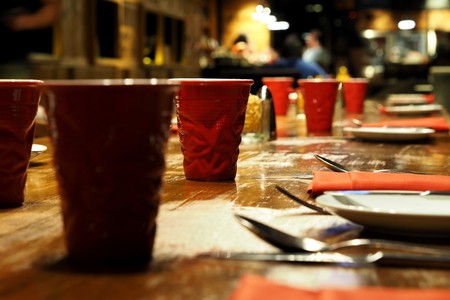 Unlike Western culture, there are no ‘courses’ when it comes to serving food in India. All of the food is served in one go. However, you might get to see varying serving styles, depending on the country’s regional cultures and different cuisines. Also, dishes will be served as opposed to individual portions, so the homemaker will either serve the food on your plate or you may help yourself. 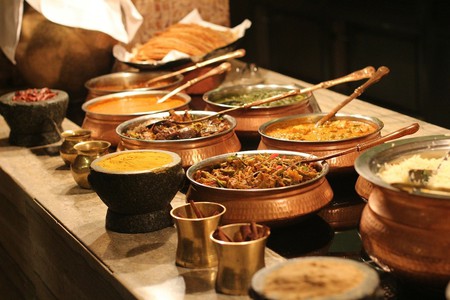 You would usually be served the standard Indian meal, which comprises flatbreads like naan, chapati, roti or paratha, daal, curries, raita, rice, pickles and some sweets. The food served might differ if you go to different regions of the country, like Punjab, Gujarat, Bengal, north-east India or south India. 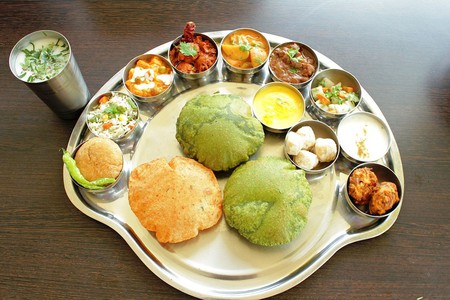 Indians don’t usually use cutlery for eating food, they prefer eating with their fingers. There’s also an inside joke that when eaten with fingers, food tastes much better. Eating with the fingers is done neatly and only the tips of the fingers are used. However, in urban areas and restaurants, spoons are used for eating liquid dishes like curries and daals. Indians do not encourage the use of a knife as cutlery because the food prepared here is generally bite-sized. Flatbreads, again, are eaten with hands only. A small piece is torn using the fingers and a boat-like shape is made; curries are then scooped and inserted in the mouth. Apart from bread and desserts, the rest of the food is served on one plate, either in little cups or without. 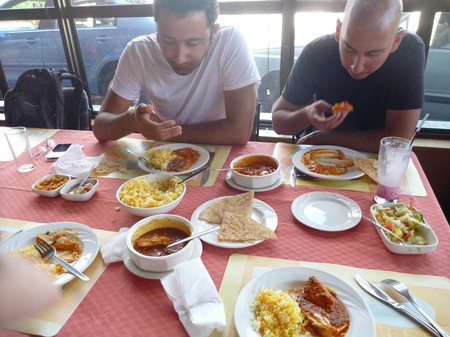 Use of the right hand 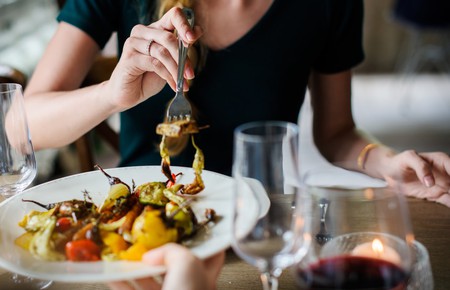 Indian food is always eaten with the right hand | © rawpixel.com/Pexels

Indian culture highly encourages sharing food with others. If you’re dining at an Indian restaurant with a friend and both of you order different dishes, then it is customary to share your dish with the other. But keep in mind to share only from the serving dish or bowl and not from your plate. Similarly, taking food from someone else’s plate is also considered bad manners. Also, do not dip your used spoon and fork into other person’s food or the main serving dish as it is considered highly unhygienic. 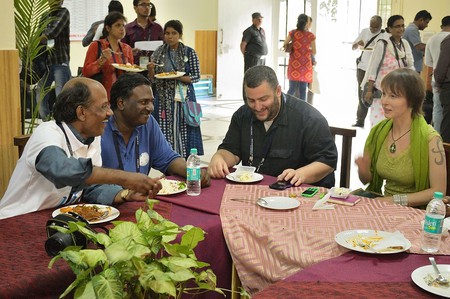 According to Indian etiquette, you must offer and share food with others | © Biswarup Ganguly/WikiCommons

You must not leave anything on your plate as leftovers. Leaving food on your plate is not appreciated in Indian culture. It isn’t necessary to taste each and every dish that is served, but whatever you place on your plate must be finished. Also, do not play with food or distort it in any way. You must keep in mind to eat your food at a medium pace. It might seem rude if you eat your food too quickly, and if you eat it too slow, it may imply that you don’t like the food. 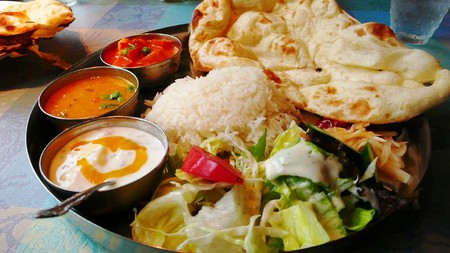 After you’ve finished your meal, you must positively compliment your host for the food. Since food is prepared with great effort and care, expressing your admiration will make the host happy.

If you’ve finished your food early, then you must remain seated until the host or the eldest person at the table finishes their food. Getting up from the table when everybody else is still eating is considered ill-mannered. 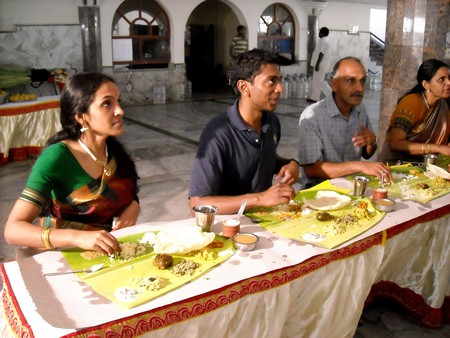 Always leave the table after the host and elders | © Sistak/Flickr

So here are the basics when it comes to following Indian dining etiquette. Don’t hesitate to ask your host for anything. Also, if your host offers more food, do not refuse unless you’re really full. Saying ‘take some more food’ is the Indian way of showing love and respect. The amount you eat tells your host how much you enjoyed the food.