How to Spend a Night Out in Chennai 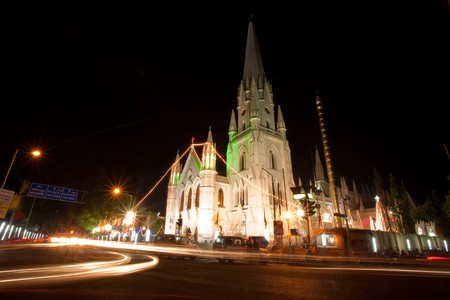 Chennai’s nightlife isn’t just confined to pubs and night clubs. When the night falls, the city reveals a new side to it that’s all the more exciting. If you’re in the city just for a few days, you might not want to miss out on its nightlife, so here’s how you can spend the evenings in this coastal city.

Chennai, being a cultural hub, has a plethora of dance, drama, music, and art shows to choose from. Home to Carnatic music and Bharathnatyam, the city will surely not disappoint if you’re culturally inclined. Kalakshetra, a cultural center, frequently organizes dance and music events that witness to the confluence of great talents. Music Academy on TTK Road conducts concerts and performances ever so frequently, so make sure you check their events.

Chennai has a distinct movie culture. The South Indian movie industry, known as Kollywood, has a devout fan following with people almost worshipping their favorite stars (some movie stars also have temples). Also, Chennai is the home of Rajnikanth, a cult personality fondly called the Superstar of the South, and it surely will be a unique experience if you were to catch a movie of the star while in the city. Check out cineplexes like Sathyam, Luxe, Pallazo, and PVR—some of the best screens in the country.

The city also has a few outlets that are open late in the night. Try Matsya for some crispy hot dosas or Chinese food at Night Fillers. Drop by at Cibo, Dawn and Dusk, Kolapasi, or Twilight for late-night food pick ups.

The city’s beaches are quiet and beautiful and don an even more serene outlook when the night falls. On a clear, starry night, you might want to drive up to Thiruvanmiyur beach and look up at the sky and feel one with the universe. Don’t forget to carry your binoculars!

Take a Long Drive Down ECR and Watch the Sunrise

The East Coast Road in Chennai is the most beautiful drive in the country. With the sea close to the road, the drive will definitely give you the most relaxing time. It’s the perfect way to wind down at the end of a busy day.