How The Famous Kathi Roll Originated At Kolkata's Nizam's Restaurant 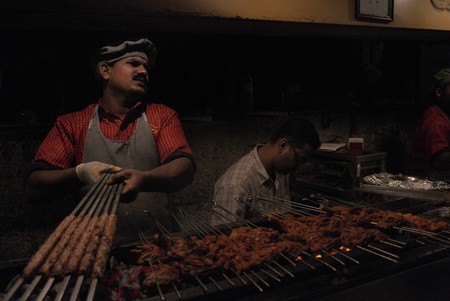 With juicy, roasted kebab fillings delicately wrapped in tender and layered parathas, the kathi roll is among the heartiest and most satisfying of street foods. A hot favorite around the world today, this delicious snack was first conceived less than a century ago – at a humble Mughlai food eatery outside of Kolkata’s famous New Market.

As per the most commonly accepted story regarding its origin, the kathi roll came to be when Nizam’s – then known for its kebabs – was pushed into coming up with a portable snack for its hurried customers. Nizam’s kebabs, grilled until almost charred on long iron skewers as per the standard practice, were immensely popular yet greasy and cumbersome to be eaten on the go. To avoid losing out on patrons among office-going commuters, the restaurant tried wrapping parathas over kebabs – which became an instant hit.

Initially just known as rolls, the name kathi or kathi roll is said to have come after Nizam’s made a switch from iron skewers to bamboo sticks (locally called kati) to grill its kebabs in 1964. The switch was made to accommodate the roll’s growing popularity – iron skewers being heavy and unsuited for large scale production of kebabs. However what gets called a kathi roll today has less to do with the kind of skewer used, and more with whether or not it is wrapped within a paratha. 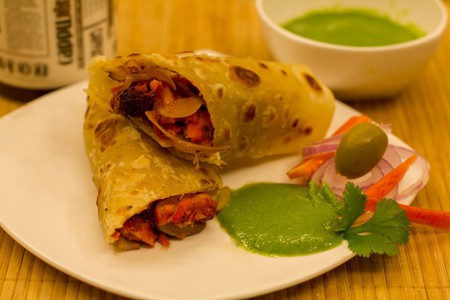 While originally consisting of a flavorful meat kebab filling wrapped in a paratha that is layered with eggs, kathi rolls today come with all sorts of customizations. Healthier versions use chappatis or other whole wheat breads as wraps while fillings come in all varieties – from vegan options using chickpeas to vegetarian rolls using paneer kebabs. 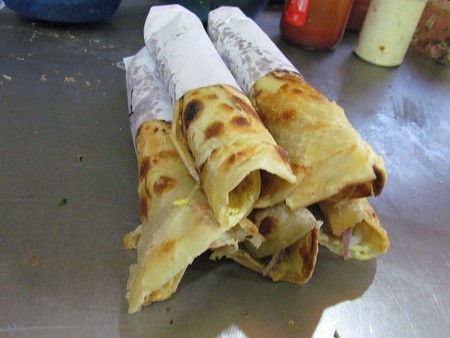 Though kathi rolls are ubiquitous in Kolkata today, they were a monopoly controlled by Nizam’s for a while. However, variants of the roll and competitors emerged rapidly over the latter half of the 20th century, and have made their mark all across Kolkata today. Kusum Rolls on Park Street, founded in 1971 popularized the use of cheese in kathi roll fillings whereas Hot Kathi Roll further along the street introduced wraps with deep fried parathas for a more indulgent meal. 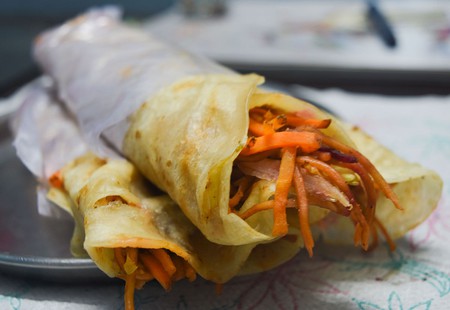