Here's How India's Trying to Save the Taj Mahal 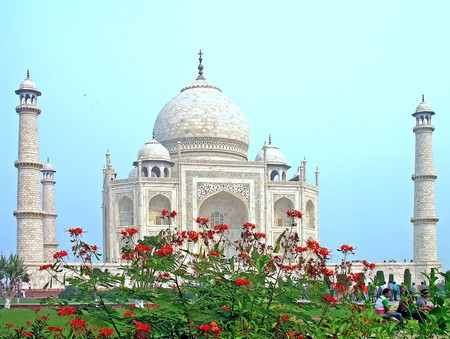 In a bid to conserve the Taj Mahal, as well as ensure visitors’ safety, officials have revealed a plan to limit the number of domestic tourists to 40,000 per day. This announcement comes after five people were injured in a stampede days before the New Year last week. The government also hopes the move will protect the mausoleum from damage, which has become a growing concern in recent years.

On a busy day, the Taj Mahal receives around 70,000 tourists, most of them from within India. This is now set to change as the Archaeological Survey of India has proposed to cap the number of visitors to the monument by almost half per day.

Up to 20,000 Indian residents will be allowed to enter the Taj Mahal between sunrise and noon, while another 20,000 will be permitted entry between noon and sunset. The duration of each visit is likely to be limited to three hours.

As of now, domestic tourists have to pay an entry fee of Rs 40 (£0.46) to see the Taj, while foreign tourists are charged Rs 1,000 (£12). The new rule will not be applicable to the latter. The only way Indians can evade the cap is by paying the same amount as international visitors.

As the UNESCO World Heritage Site nears 400 years old, authorities have become increasingly anxious about the veritable impairment suffered by the structure over time. The ivory white marble of the Taj Mahal has gradually been turning yellow and chronic air pollution in the northern region of India has been cited as the biggest reason behind this discolouration.

Apart from that, the highly contaminated water of the Yamuna river, on the banks of which the 17th-century monument sits, has become a breeding ground for insects, leaving green-coloured stains on the once pristine surface. 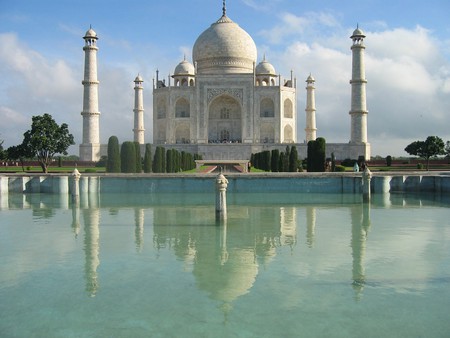 The Taj Mahal was built by Mughal Emperor, Shah Jahan as a symbol of love for his deceased wife, Mumtaz Mahal and remains the most recognizable monument of India.

As more and more Indians embrace the idea of travelling, the number of sightseers has drastically surged in the last few years. But this has had a drastic impact on the building itself. A large number of daily visitors brushing up against the walls and some even leaving graffiti on them, hasn’t helped the cause at all.

The decision to restrict the number of people has also been spurred on by safety concerns. At the end of last year, a large crowd tried to force its way into the monument’s premises near closing time. This led to five people being injured, although major casualties were fortunately averted.

Crowd control has become a key issue at the Taj Mahal with security forces at the monument admitting that “‘minor stampedes’ happen every second day”.

The new directive will hopefully help save this beautiful monument, which has sadly started showing signs of distress.