Following her appearance at Mumbai’s annual literature festival, Tata Literature Live!, Culture Trip sat down with academic and controversial voice of second-wave feminism Germaine Greer to hear her views on liberalization and cultural traditions in India.

‘How have books changed the world?’ This is the title of the opening talk at Mumbai’s Tata Literature Live! festival.

A more interesting idea, she proposes, is the reader-book relationship. It is the readers that bring a book to life. She doesn’t think too highly of her first book, The Female Eunuch, but it was so well received because ‘the readers brought more to it than it brought alone.’ Books have, of course, changed the world, but only because they have been read and loved. It is this devotion that makes a book what it is.

Greer’s renown is evident in the half dozen journalists in the author’s lounge following her talk, gathered obediently to hear more from the controversial feminist figure. It is a literature festival, but after making it all the way to the author’s lounge, who is not going to want to talk about intersectional feminism with the woman who wrote The Female Eunuch?

‘Oh goodness, we’re not going there again, are we?’ is her weary response to questions about her comments on transwomen. She might not want to broach that subject, but she can’t discuss feminism without talking about old women, uneducated women, poor women — the women that aren’t at the forefront of the contemporary feminist movement in India. 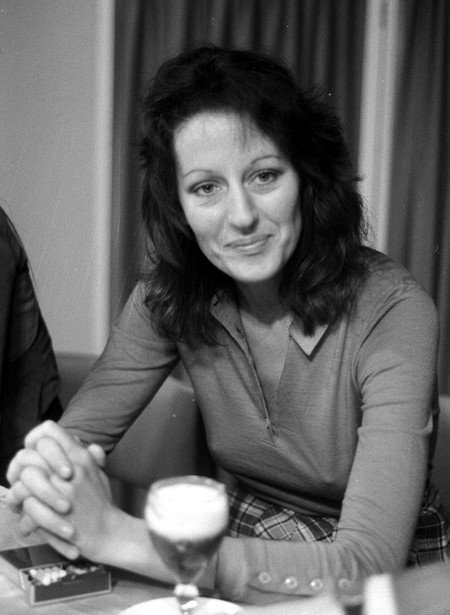 Listening to her contend with us about everything from feudal joint families to poverty and infant mortality is a strange experience, like debating with a highly educated, world-weary, infuriating saasu ma. She is hyperaware of the status quo in dominant Indian contexts, and rejects denormalizing terms like ‘status quo.’

‘I wanted India to modernize without westernizing,’ she says. She seems rather fed up of the overenthusiastic misplacement of liberalism into Indian communities. In a troublesome way, she sounds like a highly rational, sensitive version of the nationalist voices that the liberal community is either deeply disturbed by or cannot take seriously. ‘But once you break down the extended family and get into the consumer economy, everything changes’ — like the onset of general attempts to liberate women from their ancient roles in society.

When a point is made that extended families are extremely oppressive institutions, Greer’s sympathies lie firmly with the matriarch of the extended family — an old, established position. ‘Feminism is very ageist. It strongly favors the younger woman.’ What it does not recognize, she argues, is the time and hard work that an elder woman puts into winning the loyalty of her daughters-in-law and the rest of the family. What it does not recognize, perhaps, is the decidedly non-western, non-individualist culture of family and community that is so powerful in India.

‘These are cultural norms,’ she says firmly, patiently, ‘And they’re real. They have to be negotiated very carefully.’ She is fiercely loyal to the cultures she defends, and she guards them with authority, and glimpses of exasperation. Culture is not to be overlooked or redefined in the struggle for liberation.

‘I once made a movie in Brazil,’ she says. It featured the family of a vaquero, a livestock herder. The crew was filming a meal in his house and began instructing the women to sit near the men. ‘I said, ‘Excuse me. The women do not sit with the men to eat.’ And they said, ‘What are you talking about? Of course they do.’ And I thought, You fuckwit! You’ve come all this way, and you can’t see what’s right in front of you. The women will cook the food, they will feed the men, the men will eat their goat, and the women will eat what is left. If you don’t understand that, you don’t understand anything about the realities of women’s lives in the world that we live in.’ 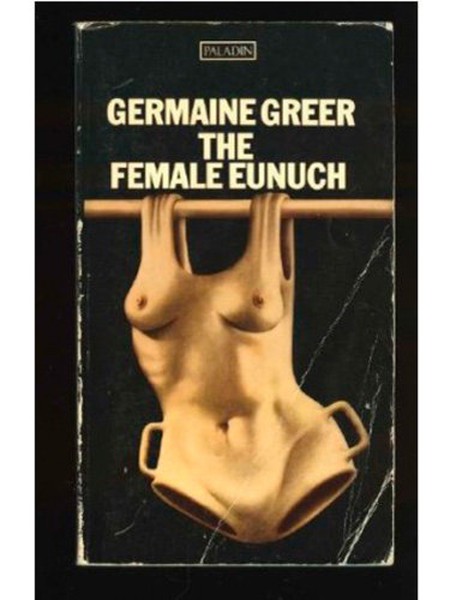 She is uncompromising in this view: liberalization cannot ignore or disrespect the way people have been living since time immemorial, like in Iran and Turkey, when ‘the veil was torn off women.’ Once the Shah of Persia made the headdress illegal in public, many women simply never went out in public again. ‘You cannot liberate people by force,’ she rumbles.

There may certainly be a need for sensitive frameworks within which to negotiate liberation for women in India, but history also has been on the side of paradigm-shifters, and liberation cannot be averse to change. Hopefully she is aware of this when she says, ‘When I talk about liberation, I talk about a state that no one knows anything about!’ — a state that, perhaps, requires challenging cultural norms.

Greer prefers to talk about liberation than about equality, which she argues is, in a lot of ways, an oppressive state. ‘I do not envy the lives of men,’ she says. And neither should anyone, by the scale of sexuality that she puts forward. At one end, there is hyper-masculinity — which is achieved through rigorous, institutionalized processes where one man is at the top — and then there is ‘femaleness.’

Femaleness means different things in different cultures, and these differences are what she believes India must hold on to. There is inherent power and liberation in the femaleness that has existed in India far longer than contemporary feminism. ‘At the other end there is shakti! Kali! It has a destructive side as well as a constructive side. We don’t just lactate! When we dance, the mountains fall into the sea.’