Gauri Gill’s Rajasthan Portraits and the Art of Candid Photography 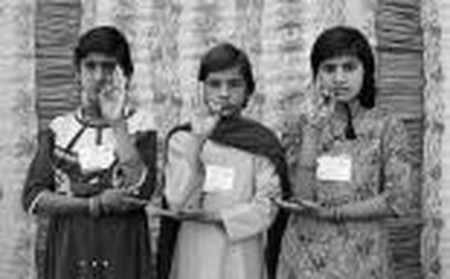 New Delhi based photographer, Gauri Gill, whose honest, unaffected portraits reflect the purity and simplicity of her subjects. Gill’s black-and-white Balika Mela series, where young Rajasthani girls pose for the photographer with innocence and energy, create a special bond between viewer and subject. 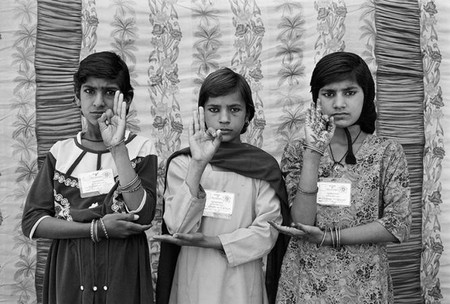 Gauri Gill’s large black and white portraits of young girls in the Balika Mela (girls’ fair) in Rajasthan, India, are startling for their brevity. It’s rare for a camera to capture such an open display of trust, and rarer still for subjects to be so disarmingly candid. Full frontal images of adolescent girls staring into the camera appear in various poses. Taken at a makeshift tent set up during a mela in the Rajasthan desert, the photographs feature young girls from neighbouring villages who were invited to participate and be photographed. The tent consisted of basic fabric backdrops that the girls could choose as props for the photo op.

New to the world of portraiture and the possibilities of presenting themselves for the camera, Gill’s subjects appear with energy and earnestness in their new endeavor. Unlike the Dutch photographer Rineke Dijkstra’s portraits of adolescents where there is a longing for intimacy and a distance from her subjects, Gill’s palpable ease with her protagonists is apparent. While Dijistra’s subjects portray the awkwardness of youth and teenage angst, Gill’s balikas’ lack of self-consciousness is refreshing. Captured without the sense of mystery and inner shadow inherent to children, these guileless images of village girls speak volumes about the subjects and the photographer. 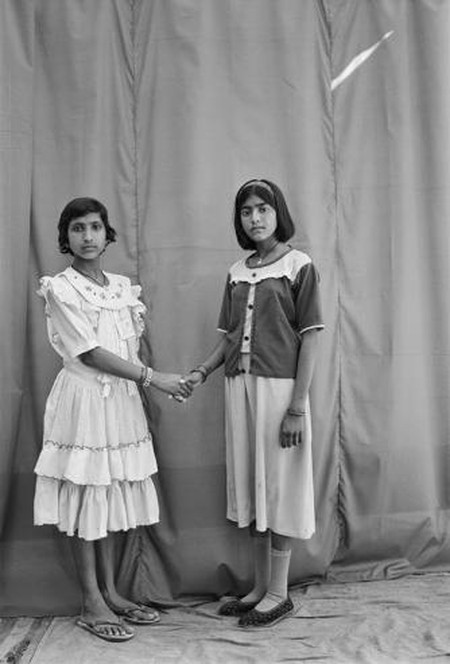 Gill’s portraits compel the viewer to recognise her subjects for who they are. Their vulnerability and forthrightness challenges observers to ask themselves who they are looking at, and to reconsider their own views and prejudices. From these technically objective photographs that focus on form, angles, and the play of light, there appears to be something deeply subjective. Gill engages and rewards viewers for their prolonged consideration of her subjects by leaving them with as many questions as answers. What emerges is her deeply humanistic approach that transforms the process of looking at her subjects to feeling something for them.

At the end we want to applaud the children and embrace them for their candor. Without the distraction of colour, these simple compositions of improvised gestures constituting a small theatre of vernacular references drawn from religious calendars, Bollywood posters, and local photo studios are enormously gratifying. Much like Walker Evans, Gill’s photography captures the poetic resonance of ordinary people.

Alongside the portraits is a series of small black-and-white photographs that document the life of an impoverished Muslim woman abandoned in a village with her two daughters. Taken from a distance, these equally inspiring, though somewhat less powerful images reveal Gill’s rooted understanding of the human race.

Balika Mela and Jannat, an exhibition of Gauri Gill’s photographs, is on show at Thomas Erbsen Gallery, New York, until 29 March 2014.