Gateway Of India: The Taj Mahal Of Mumbai 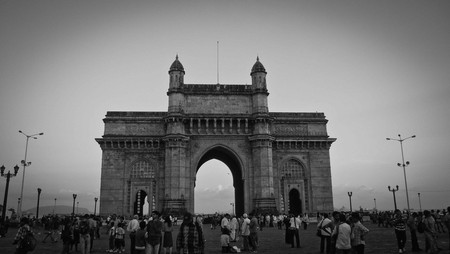 The Gateway of India is an early 20th-century, iconic landmark and Mumbai’s top tourist attraction. It is located at the tip of Apollo Bunder, overlooking the Arabian Sea. Apollo Bunder was used as a jetty in earlier days and later renovated to literally act as the ‘gateway to India’. As the name signifies, this monument served as an entrance point to India for the British Viceroys. Originally built to reflect the British Raj’s grandeur, the monument has come to be synonymous with Mumbai. Now a favorite hangout for tourists and locals alike, the area bustles with photographers, kulfi vendors, balloon sellers, tea hawkers, and other food stalls.

The Gateway of India was built in honor of King George V and Queen Mary for their visit to Bombay (now called Mumbai) in December 1911. But by the time they arrived; only the foundation stone had been laid down, and all they got to see was the cardboard model. The final design plans were sanctioned only in 1914 and the construction was completed in 1924.

The first key event that took place at the Gateway of India was when the First Battalion of the Somerset Light Infantry marched through, which marked the end of the British Raj in India. 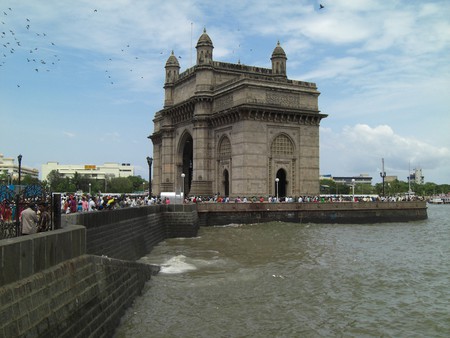 The Arabian Sea behind the Gateway of India | © Flickr / Swaminathan

The architect, George Wittet, designed the Gateway of India in the Indo-Saracenic style. It is a fusion of Hindu and Muslim architectural styles. The grand arch is designed in the Muslim style. The central dome is about 48 feet in diameter and 83 feet high at its highest point. Yellow basalt and reinforced concrete were used to build the structure.

Although the gateway was built in honour of the British, the Rs 2 million cost of construction was borne by the Imperial Government of India.

Gateway of India vs The India Gate

Many people, including some Indians, use the name ‘Gateway of India’ and ‘India Gate’ interchangeably. The India Gate is actually another iconic monument situated in New Delhi. It was built as a war memorial dedicated to the 82,000 Indian soldiers who died during the First World War. 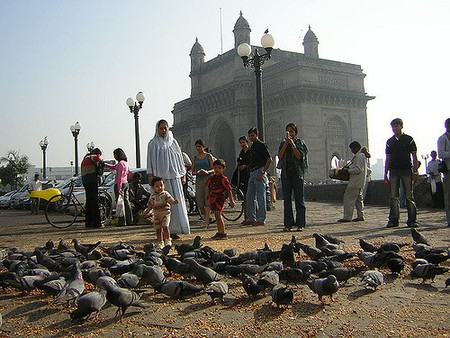 Pigeons are iconic in the area near the gateway | © Flickr / Rakesh

The structure, built to represent the grandeur of the British Empire in India, has stood testimony to almost a century of Mumbai’s developments. Since 2012, the Gateway of India plays host to the Elephanta Festival of music and dance.

With the Taj Mahal Palace hotel by its side, the Gateway of India has also been witness to three terror attacks that hit Mumbai: two bomb blasts in 2003 and the centre of attacks in November 2008. After 2008 certain restrictions were applied to public movement around the area.

Mumbai is known to be hot and humid during summers and wet during its monsoon season. Although it is packed throughout the year, the best months to visit the Gateway of India would be post-monsoon during November to March. 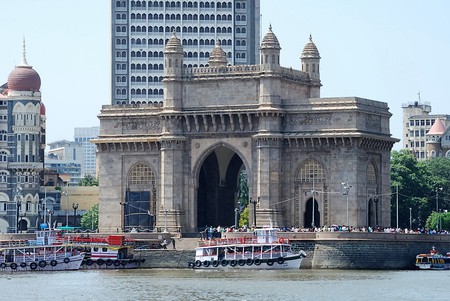