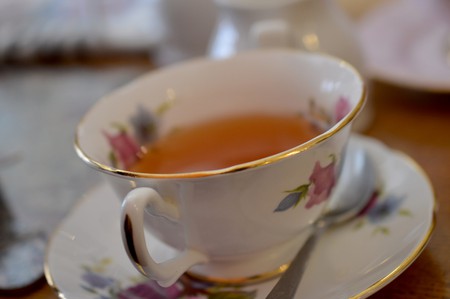 The “Champagne of teas,” a favorite of tea connoisseurs around the world, is facing severe shortages right now because of worker strikes and demonstrations in the region in which it’s grown.

Delicately flavored Darjeeling tea is highly valued by tea lovers. Grown in the foothills of the Himalaya mountains, it’s one of the world’s most expensive teas, fetching up to $850 per kilo. The tea leaves are harvested in four “flushes,” or growing seasons, from March through October; we’re currently in the middle of the second flush, the one most beloved by connoisseurs for its distinct flavor.

Unfortunately, we’re also in the middle of a summer marked by violent protests and worker strikes in the Darjeeling region, in support of the area’s Nepali-speaking Ghorka community’s demands for an independent state. Tea-estate workers, estimated to number at least 100,000, have left the tea fields, bringing the harvest to a standstill. This time of year is when about half of the year’s Darjeeling crop is harvested, and there is no harvesting happening. Losses are expected to total at least $40 million.

Even if the strikes were to suddenly come to an end, it would be weeks before the harvest could resume, Kaushik Bhattacharya, of the Darjeeling Tea and Management Association, told the Telegraph of London. The tea bushes need to first be weeded and pruned, he says, calling the season “the worst ever.”

The Association’s principal advisor, Sandeep Mukherjee, echoed that sentiment, telling the BBC, “This is the worst crisis we have ever faced. Future orders are being cancelled, and there is no fresh supply. Connoisseurs of Darjeeling may have to soon switch to other teas until the situation improves.”

Worldwide supplies of the tea have dwindled to the point that supermarkets in Japan say they’ll run out by November; buyers in other areas have started referring to the tea as a limited-edition product.

Assuming you don’t have a sizeable stash of Darjeeling hidden away, it’s probably time to start plotting a switch to another type of tea for your morning cuppa. Or you could always do as the Chinese are and switch to coffee.