Curious to know more about the thought process and future plans of one of India’s most acclaimed artists? Culture Trip interviewed Jitish Kallat at his studio in Mumbai, giving you an insight into the intriguing, contemporary artist. 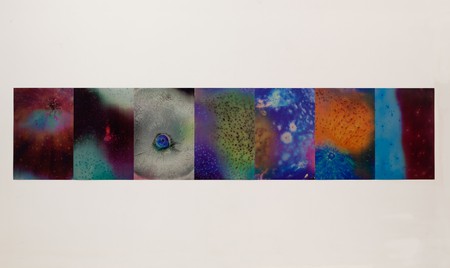 Culture Trip: Jitish, what would be ten words with which you describe the philosophy of your work?

Jitish Kallat: I don’t know if I can state a single and stable philosophy to my work, let alone attempt to ‘tweet’ it in ten words… at one level, art making is a transmutation of inquiries as viewable and tangible material, as image and as object. It is about finding codes that carry meaning.

CT: Artists of today and their work are more global than ever before. Do you think the place of residence and nationality of the artist is relevant anymore?

JT: The idea of place is important to me but this is not the idea of place applied as an adjective to the artist or the artwork. I feel that the whole act of describing oneself as an Indian artist (or for that matter as a Swedish or Korean artist based on one’s place of birth or current residence) might not be a very productive enterprise. By doing so, one binds the work, as if one were GPS coding its meaning to just one isolated location. At the same time, using commonly deployed terms such as ‘global’ or ‘international’ to describe an artist seems equally unsatisfactory — as if these were categories that bear some unanimously understood characteristics that plug easily into varying cultural contexts. In today’s hyperlinked world where inspiration and stimuli are borderless, attaching the noun ‘Indian’ like an adjective to describe an artist may not hold good as the descriptive capability of that adjective to differentiate has somewhat dissolved.

CT: Jitish, it has been a year since the opening of the spectacular KMB edition that was curated by you. Please share with us the entire process from your appointment to your thought process and travel plus the culmination and the critical acclaim that followed.

JT: I had a period of 13 months since the invitation by the Advisory Committee to deliver the second edition of KMB. From the start, I felt that the biennale must produce themes rather than reproduce a pre-meditated curatorial theme, where exhibition making would echo the very creative properties of art making. Two chronologically overlapping historical episodes in Kerala became my points of departure. The 14th to 17th centuries was a time when the Kerala School of Astronomy and Mathematics was making some transformative propositions for locating human existence within the wider cosmos. It was also the moment when the shores of Kochi were closely linked to the maritime chapter of the ‘Age of Discovery.’ The maps changed rapidly in the 1500s with the arrival of navigators at the Malabar coast, seeking spices and riches… And within the revised geography were sharp turns in history — heralding an age of conquest, coercive trading and colonialism, animating the early processes of globalization.

A reflection of this navigational maritime history, (and as a nod to the astronomer-mathematicians) a shift of one’s gaze deliberating on the mysterious expedition of our planet Earth hurtling through space at over a dizzying 100,000 kilometers per hour, where none of us experience this velocity or comprehend its direction, were two prompts made in my letter to artists. The seemingly unrelated directions of these suggestions were intentional; one was a gaze directed in time, the other in space.

These became the primary co-ordinates of Whorled Exploration, a non-linear, layered and ‘whorled’ exhibition where ideas, themes and imagery recurred across the exhibition.

CT: It seems you haven’t had a moment to breathe since KMB, with a major solo show in Paris and the unveiling of your permanent public sculpture in Austria. Can you say a bit about your working process?

JT: In many ways it felt like a calm seamless return to the ideas and long-standing inquiries that had briefly transitioned from an artistic practice to a curatorial one. I returned to my studio process, after a gap of 16 months, in the month of April this year. The suite of works that I made after the closing of KMB converged as a body of work titled The Infinite Episode…

The permanent public sculpture in Austria, which was unveiled recently, was conceived in 2011, and I completed the scaled model of Here After Here After Here at the time.

JT: The project began with the Advisory Council of Public Art Lower Austria inviting me to visit several locations in Lower Austria, primarily focusing on three previously identified roundabouts along an expressway connecting Vienna to neighboring townships. I met some mayors from the ten municipalities of Lower Austria collectively known as ‘10 Vor Wien‘ who along with the members of the advisory shared insights about the region, its history, its demography etc. These trips were mostly about experiencing the scale of the site, choosing the location and beginning the process of conceptualization. It was a generous and open-ended invitation to think as widely as possible without a restrictive brief. On my return to the studio, several weeks were spent thinking of how to meaningfully address the format of a ‘sculpture in a roundabout’ and the idea of movement and circulation that accompanies it. I was intuitively eliminating a whole range of forms and imagery until a moment came when the blue signages, omnipresent on an expressway began to preoccupy me, primarily because of it lacking any direct symbolism or anchorage in a particular location. I think Here After Here After Here links up with ideas of proximity and distance, of time and space, of measurements, and a suspension of the plausible themes and experiences that recur in my work. The central motif is the signage on an expressway, extended and stretched into an endless loop.

CT: How do you measure success as an artist?

JT: (laughs) In milliliters since India follows the metric system following the Standards of Weights and Measures Act of 1958.