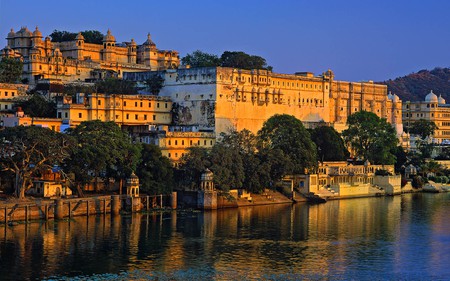 Udaipur, ‘the city of lakes,’ is one of the most picturesque destinations for any travel enthusiast. It is a fantastic mix of the natural beauty of the lakes and the polished panache of its regal heritage – represented by magnificent forts.

Forts and museums are not just marvelous epitomes of rich architectural finesse but a magnified lens to offer us insight into the cultural and social aspects of regal life. 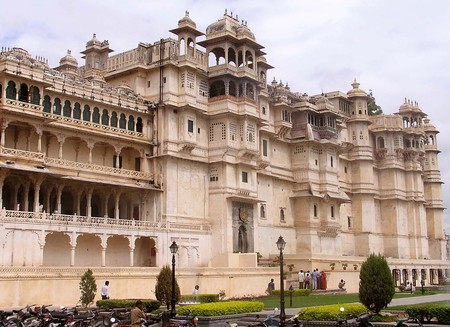 India has seen the rise and fall of many empires – each unique in their own ways of administration, social fabric and cultural canvas. The conquest to gain hegemony over other powerful kingdoms led to a series of wars, invasions, alliances and betrayals. The Mewar Kingdom of the Sisodia clan holds a strong place in history owing to a strong lineage of valiant rulers like Rana Kumbha, Rana Sanga and Rana Pratap. The Royal Sisodia Family also had descendants in the Bhonsle clan of the Maratha Empire to which Shivaji belonged.

The Sisodias fall under the mythological lineage of the Suryavanshi dynasty, which includes illustrious names in Hindu mythology and scriptures like Manu, the first human on Earth and the king of all mankind; Harishchandra, the king who adorned our Moral Science Books owing to his will of always speaking the truth,; and Rama, the King of Ayodhya, considered to be an Avatar of God Vishnu as per Hindu theology.

Maharana Udai Singh II (the City of Udaipur is named after him) of the Sisodia clan shifted the capital to Udaipur from Chittorgarh. Udaipur provided the perfect cusp of beauty and security for the Mewar Kingdom to flourish.

City Palace Udaipur, the largest palace complex of Rajasthan located on the banks of Lake Pichola, is the epitome of a colossal citadel that is a concoction of Rajasthani, Mughal, Medieval, European and Oriental architecture. The construction of this magnum opus, started by Maharana Udai Singh II, was carried on by his successors. Each king commissioned his vision to this bastion by sourcing architectural influences and constituents from different parts of the world. Despite having a diverse assortment of architectural influences, they fit seamlessly to showcase the palace as a congruous marvel. 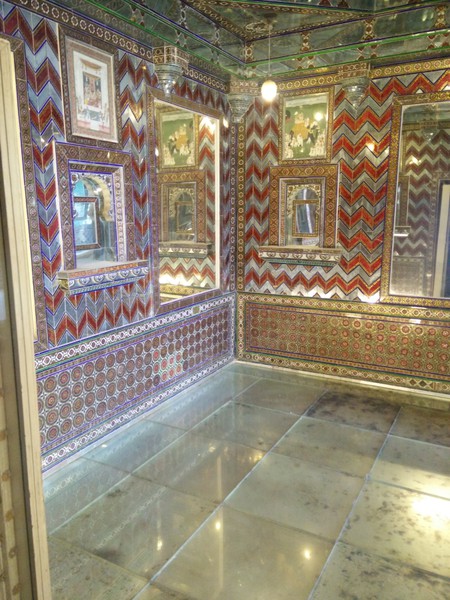 The City Palace is a fantastic compendium that opens up pages of the fascinating stories of the rise of this city, the journey of the Mewar Kingdom and the life of this dynasty’s bravest and most famed warrior, Maharana Pratap, son of Maharana Udai Singh II.

The palace’s core structure was completed and meant for Maharana Pratap to come and rule, but his quest to defeat the Mughals made him spend his life in jungles, and thus, he never visited this palace. The palace’s museum showcases the range of his artillery, including a display of his mammoth, formidable armor of 25 kilograms. 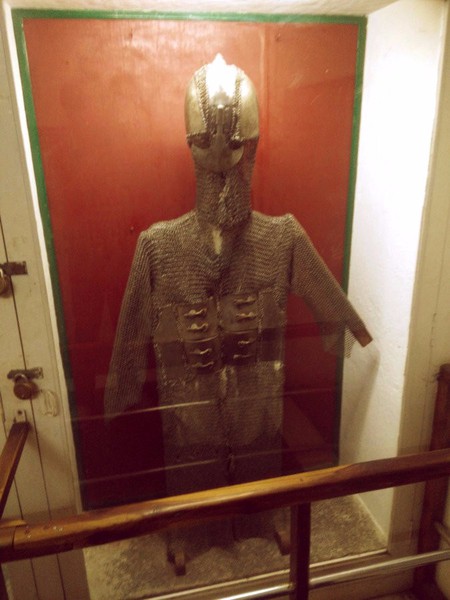 There are also detailed illustrations of the bravery of his beloved horse ‘Chetak’ who despite being gravely injured in the battle of Haldighati rode Maharana Pratap to safety. One of the spectacular anecdotes of warfare is witnessed in the story of how Maharana Pratap put the mask of an elephant’s trunk on the face of Chetak to confuse the rival Mughal Army’s elephants. 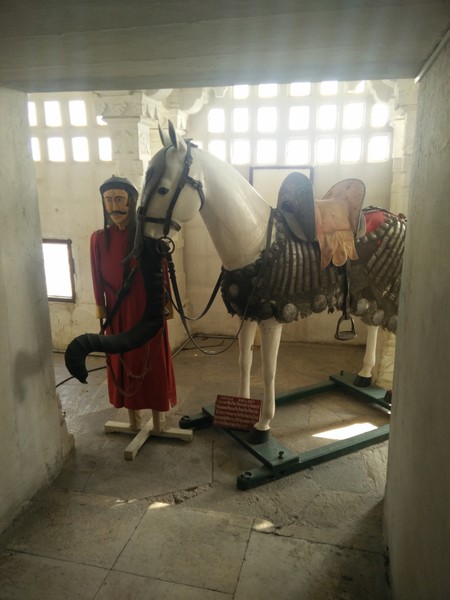 One striking aspect about the palace is the paintings that adorn the walls and their deftness at vivid storytelling. The paintings are brimming with riveting details of hunting escapades, durbar sessions, elephant fights, festival celebrations and battle scenes on the canvas that are visually captivating enough to screen the entire sequence in your imagination. The museum also showcases exquisite exhibits of portraits done by the celebrated artist Raja Ravi Varma. 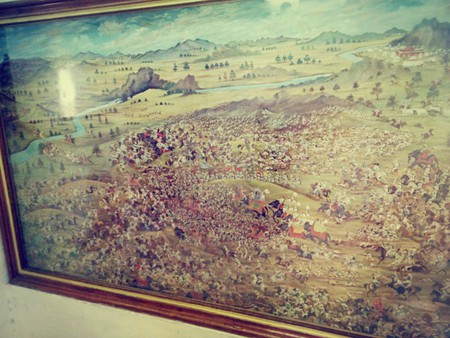 It is fascinating to see how the royal heritage has managed to keep its connection and relevance with contemporary times. Once India became a democracy, the descendants of the Royal Family found ways to keep the rich heritage alive by introducing people to a taste of the royal life through their commercial properties like Fateh Prakash Palace and Shiv Niwas Palace (within the City Palace Complex) overlooking the famed Lake Palace Hotel, Taj Group’s property in the center of Lake Pichola, and Udai Vilas (Oberoi Group). 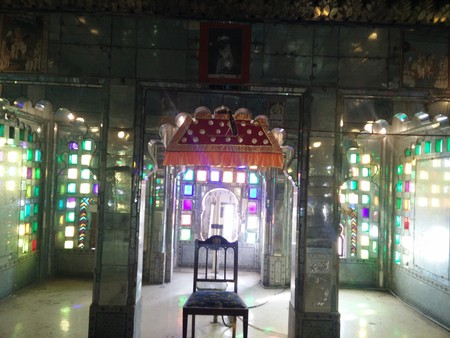 It’s no wonder that this part of Udaipur has caught the fancy of cinema as well – both Indian and international. This palace and the vicinity has played host to the filming of movies like The Guide, Octopussy, and Ye Jawani Hai Deewani, among many others. In addition to this, the affluent have also found a way to experience the aristocratic life by hosting events like wedding ceremonies on the premises. 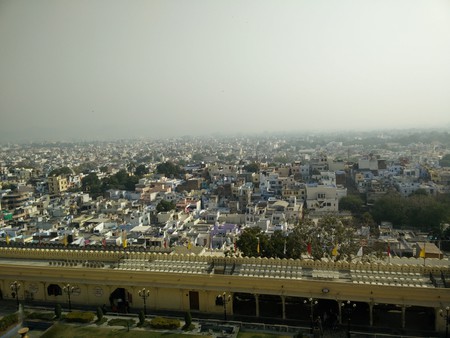 There are a lot of beautiful stories and anecdotes that you will experience once you visit the palace. This 90-minute to two-hour tour will be an exciting kaleidoscope comprising the colors of history, art, architecture, tales of valor and visual delight. It will certainly shape into a core memory full of joy to hone your personality as a traveler and a history enthusiast. 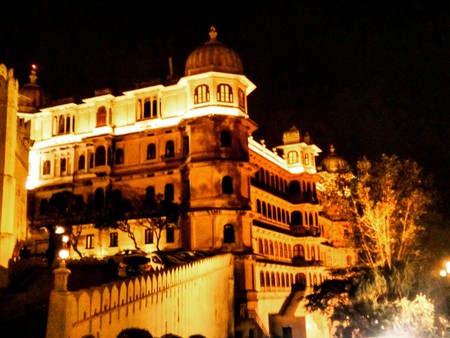 Night View of the fort | © Krishnakant Jonnalgadda
Give us feedback