Breathtaking Cave Temples In India You Need To See 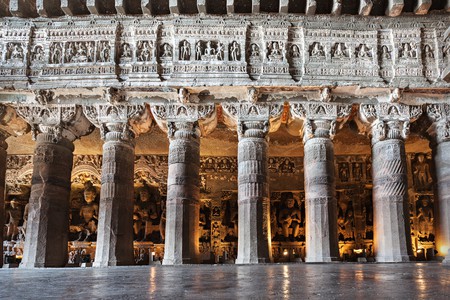 From Kashmir to Tamil Nadu, we round up a list of eight strikingly beautiful cave temples around India that demand your visit. These rock-cut cave temples aren’t just rich in history, they also boast of remarkable architectural and artistic qualities that will make you wonder about the civilizations that pre-date modern India. 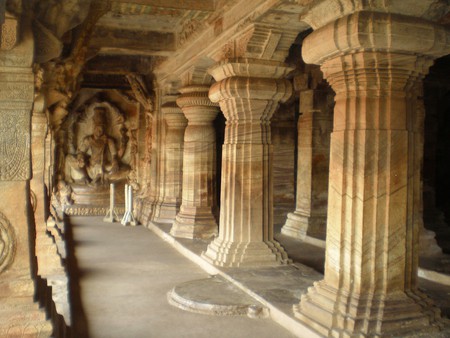 This rock-cut, Hindu temple is located at Mamallapuram, an ancient historic town and once bustling seaport by the Bay of Bengal in Tamil Nadu, India. Varaha was declared a World Heritage Site by UNESCO in 1984. It is estimated to date back to the 7th century C.E. under the rule of the Pallava dynasty, one of South India’s most prominent lines of rulers. With intricately detailed pillars and elaborate sculptures of mythical figures, the cave’s interiors are spectacularly gripping. 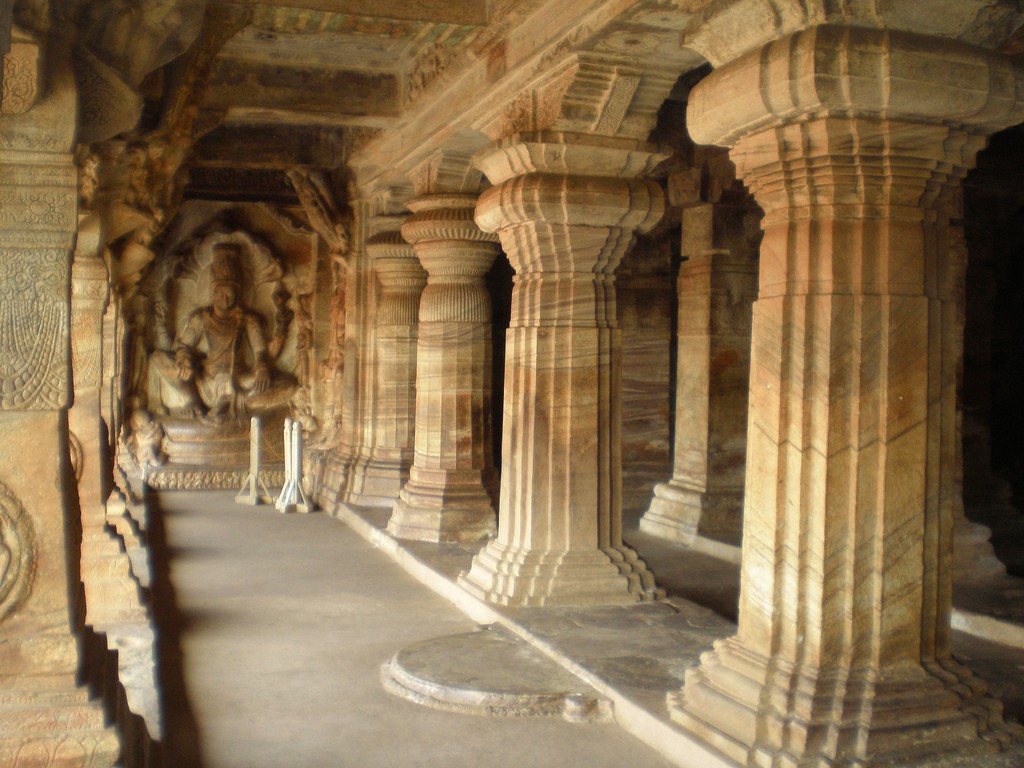 Perhaps the most famous among India’s cave temples, Ajanta is estimated to have been constructed between the 2nd century B.C.E. and 7th century C.E. Consisting of about 36 separate cave structures, constructed in sets during different periods in history, Ajanta also features unique preservations of mural paintings from ancient India. This UNESCO World Heritage Site is among the most important sources of information about ancient Indian civilization. 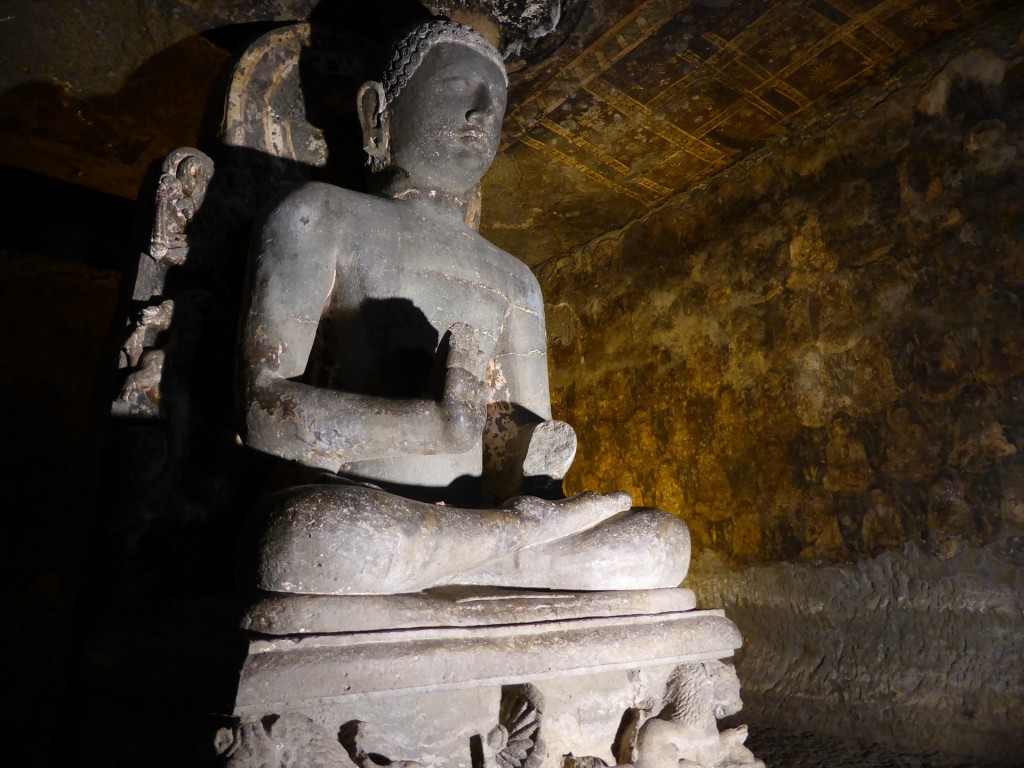 Featuring over 100 caves, of which only 34 are open to public, Ellora is one of the the largest rock-cut, monastery-temple cave complexes in the world. Featuring intricately detailed and elaborate carvings of various religious figures, these cave structures are architectural marvels unlike any other. Cave 16 of 34 at this UNESCO World Heritage Site is particularly famous for featuring the largest single monolithic excavation in the world, the great Kailasa. 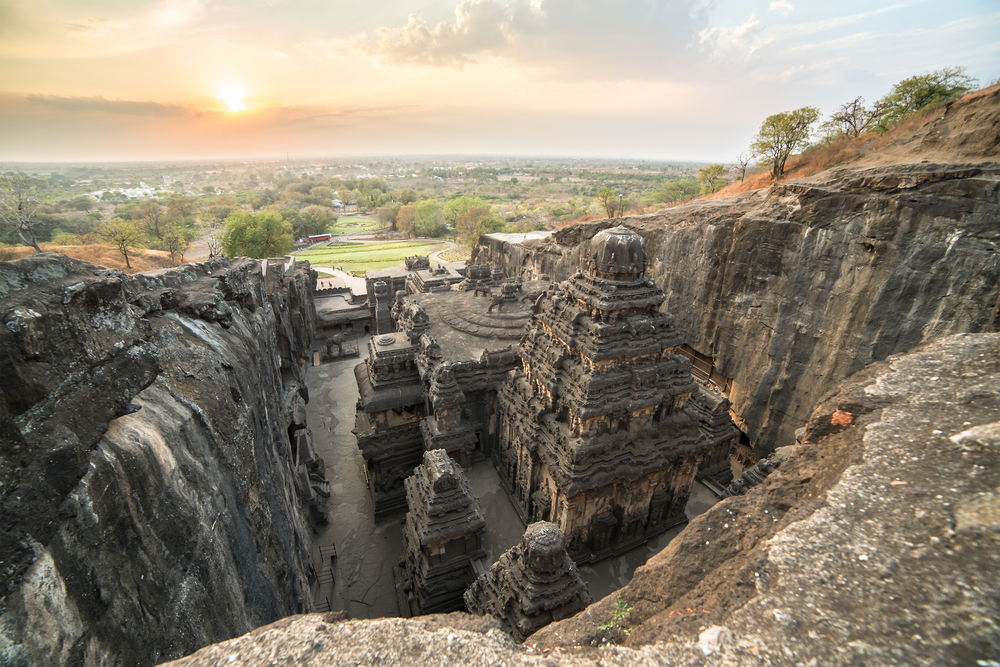 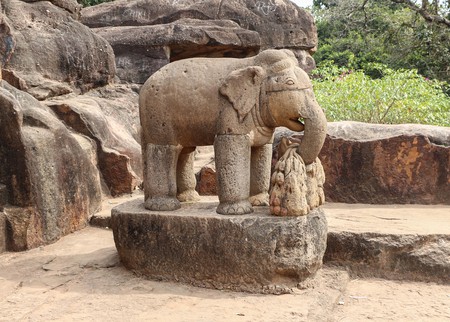 Located near the city of Vidisha, northeast of Bhopal in the state of Madhya Pradesh, the Udayagiri Caves are some of the most important archaeological sites remaining from the Gupta empire, which ruled parts of the subcontinent around the 4th to 6th century C.E. Featuring about twenty caves, out of which one is dedicated to Jainism and the rest to Hinduism, Udayagiri is known mostly for its ancient Hindu imagery, particularly a sculpture of Vishnu in his incarnation as the boar-headed Varaha. 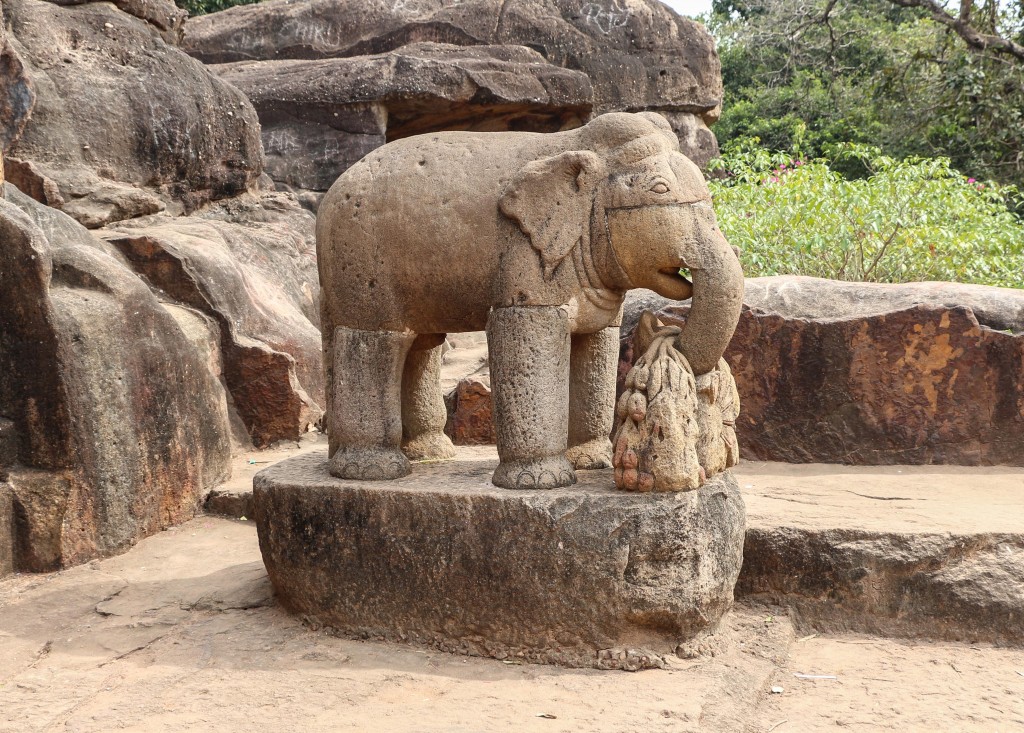 One of the holiest shrines in Hinduism even today, the Amarnath cave temple is located at an altitude of 12,756 ft, deep within the snow-covered mountains of Kashmir. The temple’s history dates back to ancient times and therefore a lot of the specifics of when it came into being as a shrine is disputed. However, literary references made to what is considered to be the Amarnath cave temple can be found from as far back as the 3rd-century B.C.E. 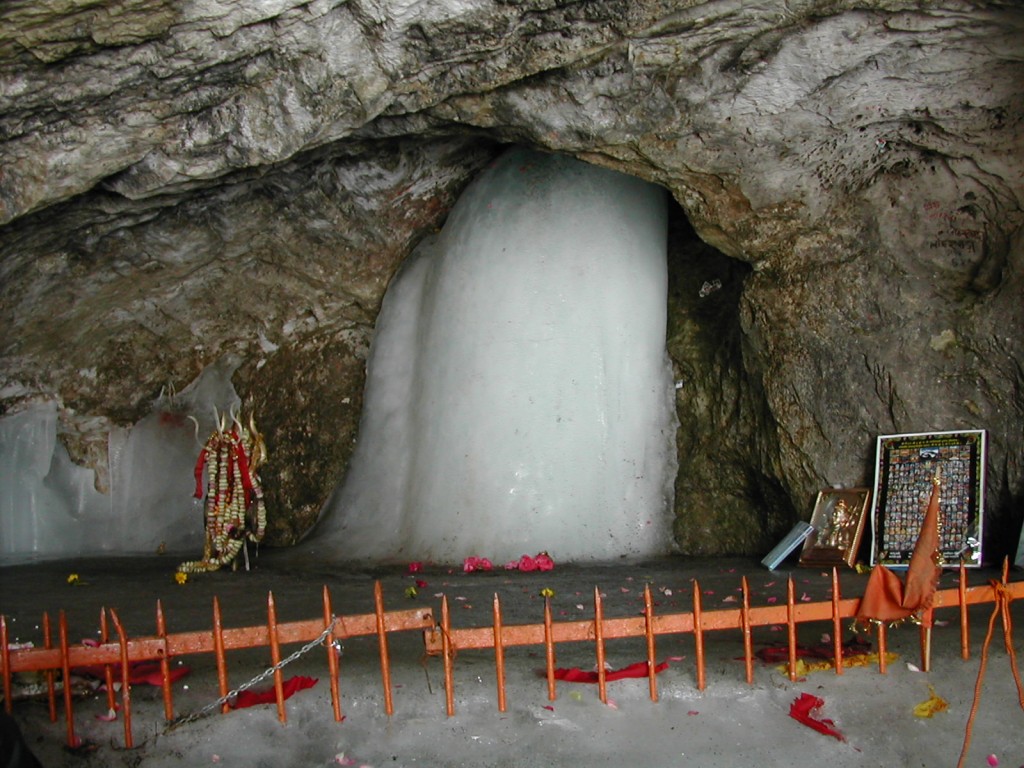 These rock-cut cave temples, estimated to date back to the 5th century CE, are just about an hour’s scenic ferry ride away from Mumbai’s Gateway of India. Located on the forest-covered Elephanta Island, these five Hindu and two Buddhist caves feature rich and spectacular sculptures of mythological figures that attract tourists from around the country every year. The six-meter-high Trimurthi sculpture of the three faces of Lord Shiva, is a key highlight. 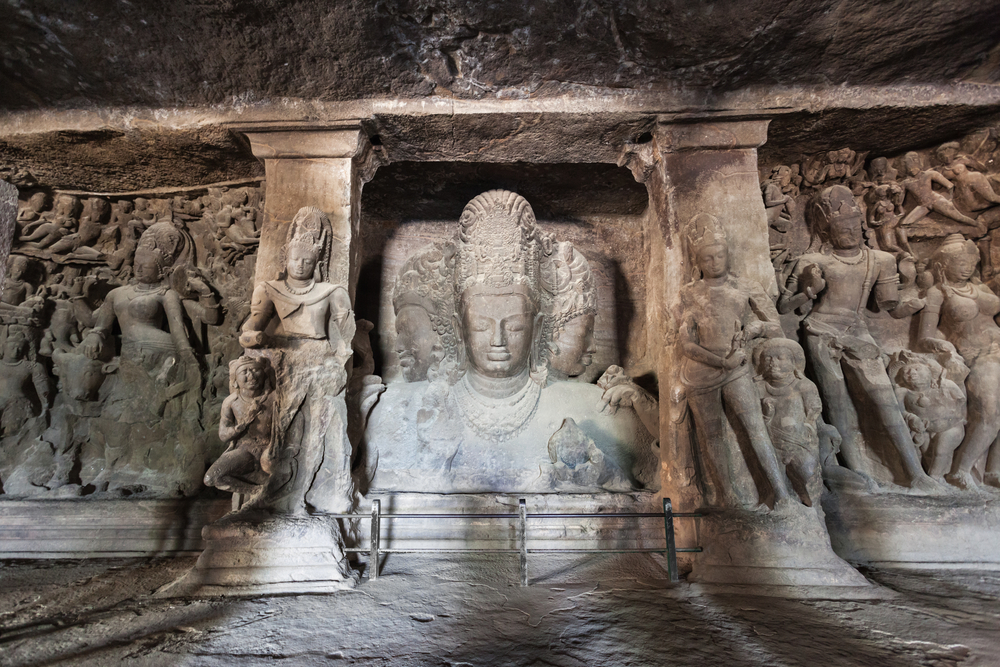 These cave temples from the 4th – 5th-century C.E, located in Undavalli in Andhra Pradesh, are considered to have been Buddhist prior to being converted to Hindu places of worship. However, one of the most striking details from these caves today is a huge sculpture of the Hindu god Vishnu, in a reclining position, sculpted from a single block of granite. The caves are spread out in four stories, on a hill overlooking a river and surrounded by greenery. 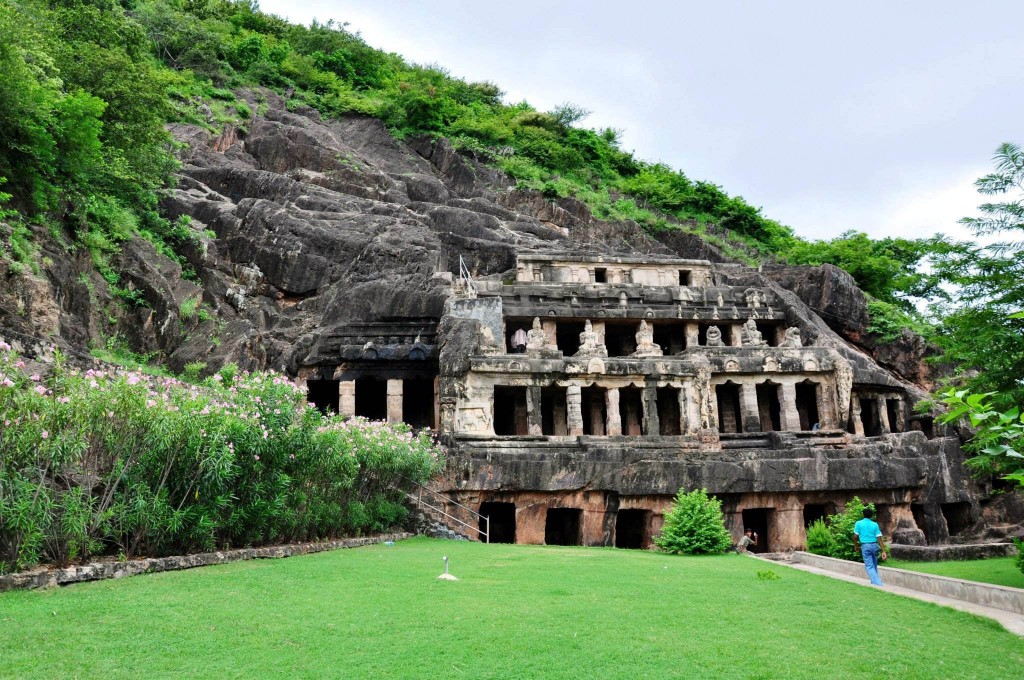 Estimated to date to around the 6th century C.E., the Badami cave temple complex is carved out of sandstone on a hill cliff overlooking a large lake. One of the earliest Hindu temples to still exist today, the structure is also among the most important remnants from the Chalukya Dynasty, which ruled the present day state of Karnataka and surrounding areas from the 6th and 12th-century C.E. 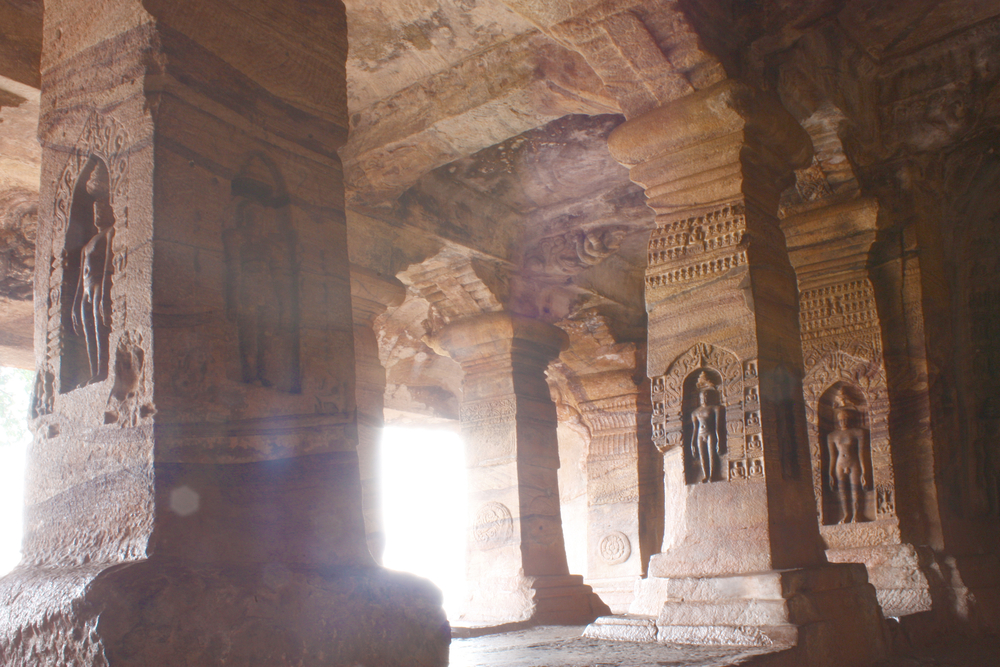