Bodh Gaya: The City of Enlightenment 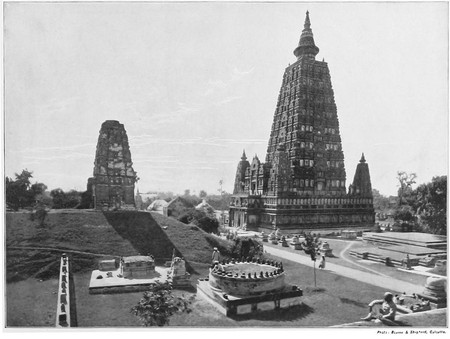 Situated by the bank of river Neranjana, in the Indian state of Bihar, lies the small town of Bodh Gaya. Bodh Gaya, or Buddha-Gaya as it was popularly called in the 19th century, is a sacred place for Buddhists all over the world, as this is where Prince Siddhartha became Buddha, the enlightened one. Of the four famous pilgrimage sites – the other three being Lumbini, where Siddhartha was born, KusiNagar, where he entered Nirvana and Sarnath, where he had his first sermon — Bodh Gaya is the most visited one.

Bodh Gaya is as important to Buddhism as Jerusalem and Mecca are to the other great religions of the world. Buddhism has transformed the lives of millions of people around the world, especially in South East Asia, Central Asia, China, Tibet, Korea and Japan. It is the fourth most followed religions in the world and has around 495 million believers, constituting 7- 8% of the world’s population as of 2010.

The city was named Sambodhi when the Emperor Asoka made a pilgrimage to the site in the year 260 BC, the 10th year of his reign. He decided to build a temple structure to commemorate Buddha’s enlightenment. The first temple structure was an open pavilion supported on pillars and in the middle was the Vajrasana throne, the original spot upon which the Buddha is believed to have sat and meditated. Over the years, the temple was renovated many times and the current structure dates to the Gupta period in the 6th century AD. Hieun Tsang, the Chinese traveler, is said to have visited the city in the 7th century and recorded the existence of the temple. 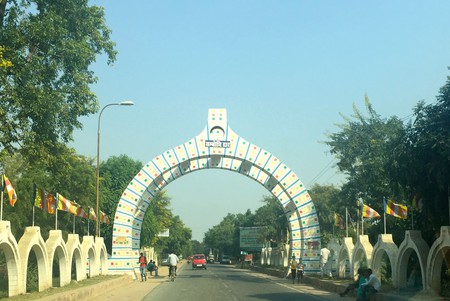 However, by the 13th century, Buddhism began to decline, interest in the city waned, and the temple was lost in the ruins. In the late 19th-century, Bodh Gaya was rediscovered due to large scale excavations and reconstructions carried out by Alexander Cunningham, a retired British army engineer with an interest in archaeology and antiquity. This time, the city was named Buddha Gaya or Bodh Gaya. Even though it is mainly renowned for the Mahabodhi Temple and Complex, Bodhgaya is a small tourist town teeming with monasteries and temples built by nearly every Buddhist country to mark their presence.

A UNESCO World Heritage Site, the Mahabodhi Temple Complex, consists of the temple, Bodhi Tree (where Buddha attained enlightenment) and six other sacred spots. As Cunnigham wrote about his excavations: ‘But the most important discovery was the fact that the present temple is built exactly over the remains of Asoka’s Temple, so that the original Vajrasana Throne still retains its old position of the Buddha’s seat, and the reputed centre of the Universe’. The Temple Complex, surrounded by a 11 foot high boundary wall, is five meters below the land and approached by a flight of steps leading down. Further along, a central path leads up to the Temple. Many believe this will be the last site to go down before the destruction of the universe and the first one to reappear on a new beginning. 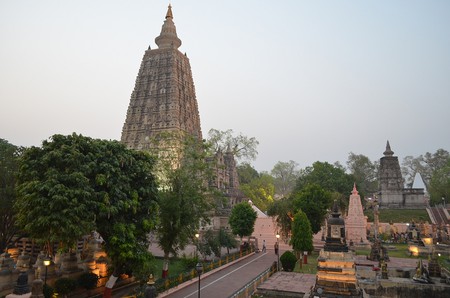 Next to the temple is the Bodhi Tree, surrounded by railings to avoid any damage. The current Bodhi Tree is a sapling of a tree from Sri Lanka, which was grown from the original Bodhi Tree of Bodh Gaya, actually said to be planted by Cunningham himself. 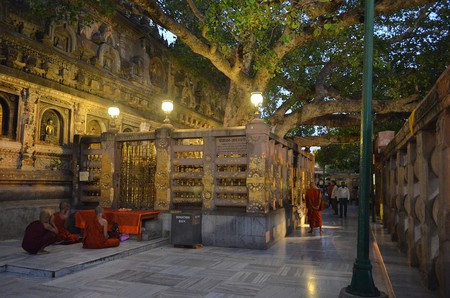 The seven sacred spots in the temple complex, where Buddha meditated for seven weeks after he had attained wisdom, are clearly marked with inscriptions, along with the Lotus Pond where Buddha meditated in the sixth week following his Enlightenment. It is said there was a huge storm and the serpent king, Muchalinda, came out and held his hood over Buddha to protect him. Everywhere there are monks meditating and pilgrims praying and lighting the butter lamps across various sacred spots. Visitors can walk around the whole temple complex soaking in the sacred vibes of the place. 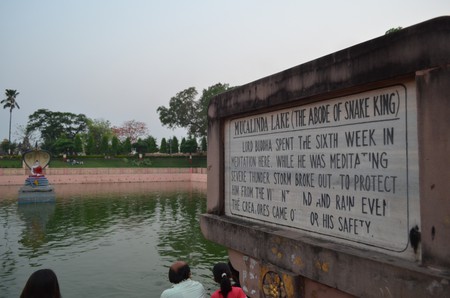 Apart from, its cultural importance, the Mahabdohi Temple is known for its architecture. This is one of the first and most well preserved temple structures made completely with brick. Although early Buddhist caves and temples do exist, this is the most imposing of them all.

Tourist Tip: Early mornings and late evenings are the best time to explore the sprawling campus, as walking barefoot on the marble floor in the Indian heat can be a daunting task. Carry your cameras along if you want photos, as phones are strictly not allowed.

Tourist Tip: Most of these monasteries close during afternoon hours and also early in the evening, so early morning visits are recommended. 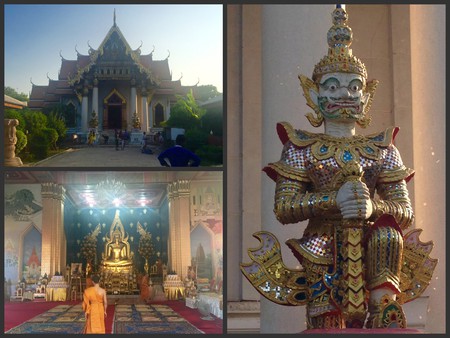 Known as the 80 feet Buddha, sitting in meditation on a lotus, this was the largest Buddha statue in India when it was inaugurated by the current Dalai Lama in 1989. Built over a period of seven years with the help of 12,000 masons and situated next to the Mahabodhi Temple Complex, this statue makes you feel like a speck in space. Visit to admire its meditative simplicity. 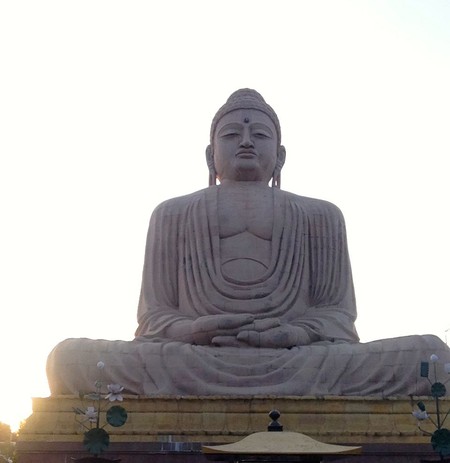 Inaugurated in 2010 by the current Dalai Lama, the museum is most famous for the original railings which surrounded the Bodhi Tree, made of sandstone and dating back to Ashoka’s empire. The museum also houses other artifacts recovered during the extensive excavations of the area.

Bodhgaya is one of the most important stops on the Buddhism tourist circuit. However, the Nalanda ruins (Buddhist Mahaviharas and one of the oldest ancient universities in the world) and the Xuanxang memorials are as important and make for a memorable day trip. 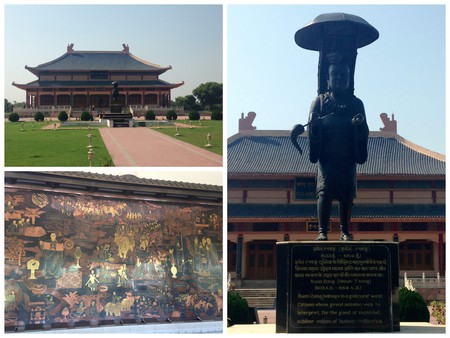