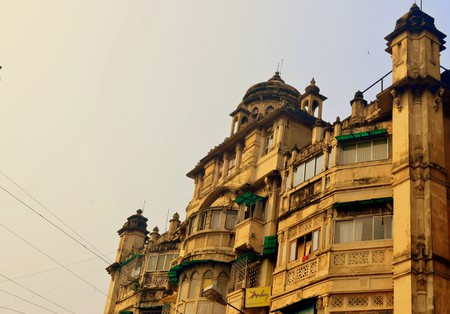 Cosmopolitan and diverse, the food scene in Kolkata (formerly Calcutta) is something else. We explore the 10 best spots that showcase Kolkata’s distinctive culinary delights.

Elegantly decorated with a fine-dining ambience, Oh! Calcutta is a wonderful place to start your Bengali culinary journey as it serves the mainstays of traditional Bengali cuisine. Menu favorites include the smoked boneless hilsa and smoked bhekti, which is marinated with mustard paste and green chillies then wrapped in banana leaf and steamed. Finish off your meal with some of Kolkata’s famous sweets, including mishti doi, a traditional Bengali sweetened yoghurt. Alternatively, try the home-made date palm jaggery ice cream, which Oh! Calcutta patrons rave about for its excellent flavor.

Restaurant, Indian, $$$
Facebook
Email
Twitter
Pinterest
Copy link
Share
6 Ballygunge Place is up there with Oh! Calcutta as being one of the top places in Kolkata to go for a bite of authentic Bengali cuisine. Housed in a 100-year-old bungalow decorated with pictures of old Kolkata, 6 Ballygunge Place provides the perfect spot for a multi-course Bengali meal. Highlights on the menu include the kasha mangsho, a traditional Bengali spicy mutton curry dish as well as the daab chingri, which are prawns cooked in mustard (a favorite among Bengalis) and cooked inside a hollowed-out coconut.

With an ambience similar to that of a traditional Bengali home, Kewpie’s Kitchen is a true family affair headed by chef Rakhi Purnima Dasgupta. It seeks to prepare authentic home-cooked Bengali food in an eclectic, relaxed dining environment. Using recipes passed down from Rakhi’s chef-mother Meenakshi Dasgupta, Kewpie’s Kitchen serves traditional Bengali cuisine including the thali platter with a mix of small dishes served in terra cotta pots. Although the service can be uneven, Kewpie’s Kitchen remains a great restaurant to experience authentic Bengali food and culture.

Located in the Kolkata’s unofficial dining district, Arsalan Restaurant has distinguished itself for its authentic Mughlai cuisine. This type of cuisine is derived from Persian-influenced food served in the imperial kitchens of the Mughal Empire. Kolkatans come to Arsalan — or order Arsalan for big gatherings — for its biryanis. For many locals, Arsalan is considered to serve the best biryanis in Kolkata with variations such as mutton biryani, Hyderabadi biryani, chicken biryani and more. Other menu favorites include Arsalan’s chicken chaanp and its many kabab options. 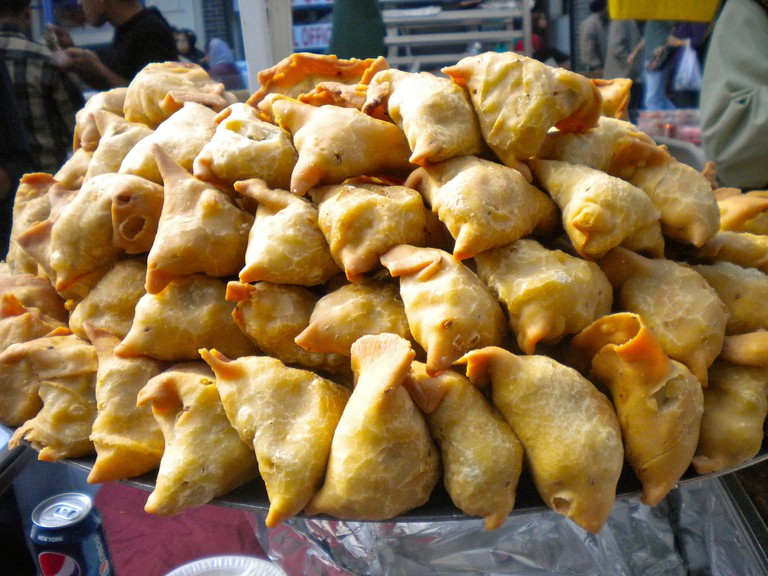 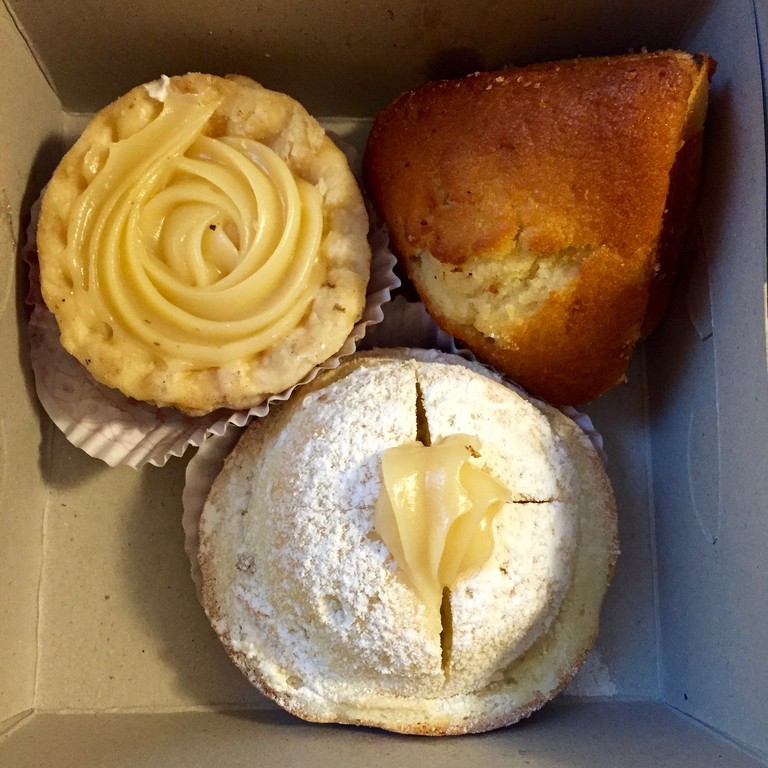 In early 2013, the dwindling Jewish community of Kolkata, and many non-Jewish Kolkatans, mourned the passing of David Elias Nahoum, the long-time owner of Nahoum and Sons confectionary shop. A long-standing Kolkata icon, the bakery was first established by Nahoum Israel in 1902, an Iraqi-Jew who immigrated from Baghdad. In the early half of the century, anywhere between 3,000 to 5,000 Jewish people sought refuge in this bustling city where they set up their own schools, synagogues and newspapers and brought with them traditional Jewish foods. Now, only a handful of Jewish people — an estimated 25 — remain. Yet their influence is still evident in the city’s few Jewish bakeries, none more beloved than Nahoum and Sons confectionary. The Jewish baking tradition is carried on by Isaac, the brother of David Nahoum Visitors to the city’s New Market area can find stacks of brownies and rum balls as well a rich selection of cakes, biscuits, pastries and breads fresh from the oven. 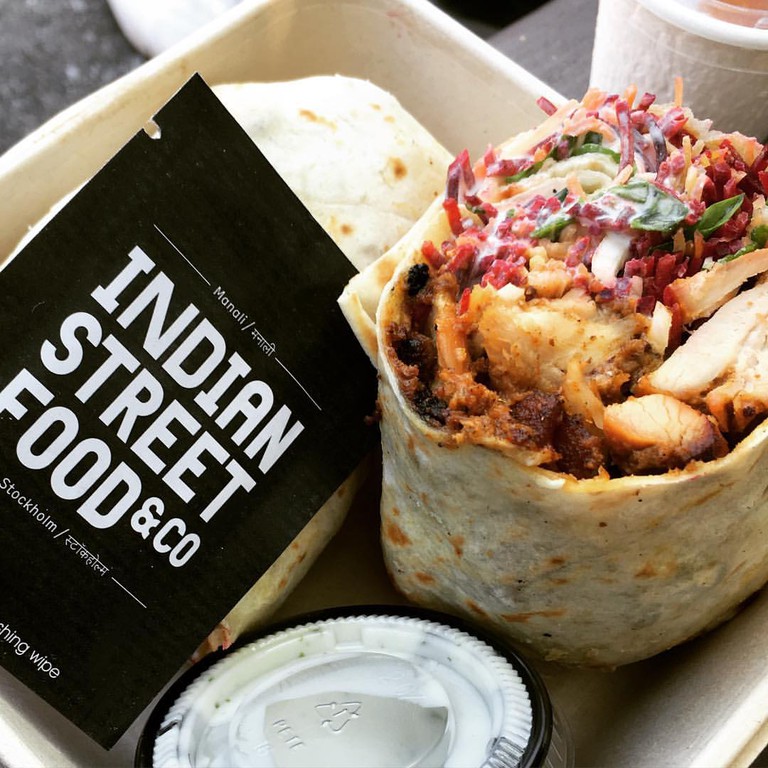 The King of the Kathi Roll, Nizam’s claims to be the inventor of the famous kathi roll, which has become one of the must-try dishes in Kolkata. A true comfort food, Nizam’s kathi roll is a fried paratha packed with fried egg, spicy meats, onions and chilis, all of which is rolled up and served like a burrito. Such is the fame of Nizam’s kathi roll that celebrity chef-traveller Rick Stein has called the kathi roll ‘the perfect street food’. 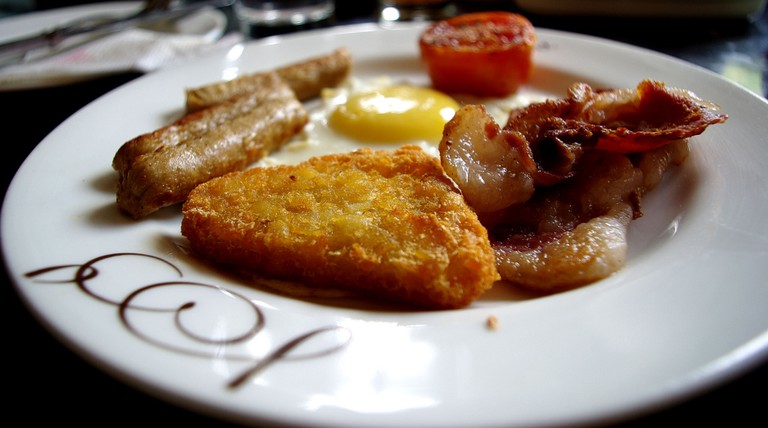 Flurys Bakery, Park Street | © gautam prakash / Flickr
Flurys is Kolkata’s legendary tearoom located on Park Street, which was established under the British Raj in 1927. Headed by chef Vikar Kumas, Flurys continues to exude Old World charm with a lavish spread of luxurious cakes, indulgent pastries, rich puddings and, a special Flurys pride, some of the best single-origin chocolates outside of Europe. Just as stylish and chic today 90 years after its founding, Flurys is the perfect location to catch up over a traditional English cream tea or grab a refreshing break from the summer heat with an iced coffee with ice cream. Flurys is also the place to go in Kolkata for weekend brunch, serving its popular English breakfast all day.
https://instagram.com/p/BQhHLifjV_C/

The true specialty of West Bengal is confectionaries and desserts, many of which are made using sweetened chhena, or curdled milk. From shôndesh (sandesh) to rôshogolla, Bengalis have a distinct love for sweets. Bhim Chandra Nag is one of Kolkata’s oldest and most legendary sweet shops. Locals flock to Bhim Chandra Nag for its delectable sadesh, a West Bengal confection made from curdled milk and various types of sugar. 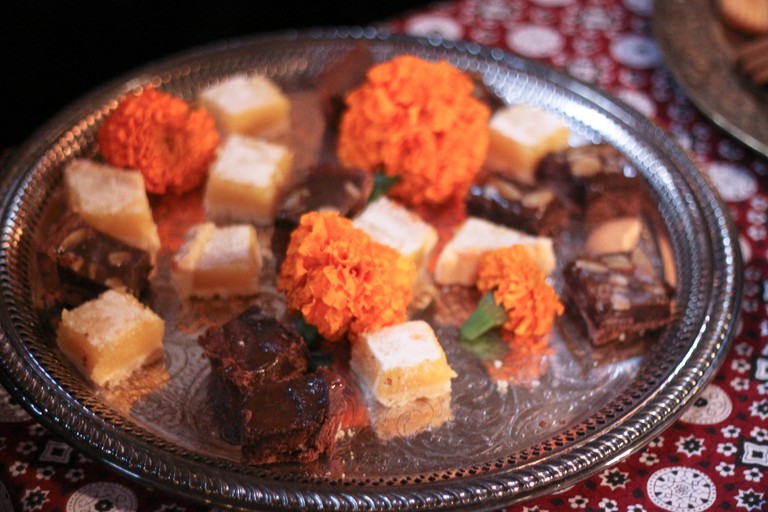 Mithai | ©haiderzs/Flickr
This venerable sweet meat shop (mithai) was set up in 1885 and serves both traditional Bengali sweets and innovative variations based on old favorites. With a huge variety of sandesh flavors including mango and strawberry, milk chamcham, rasmadhuri and kesharia rasmalai, Ganguram Sweets has built up a loyal following among Kolkatans. Locals come here especially for their perfectly balanced mishti doi, which is often cited as the best in Kolkata.