An Introduction To Contemporary Indian Literature In 10 Writers 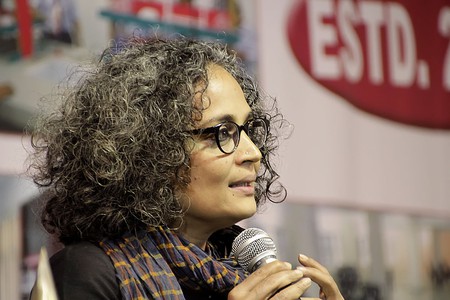 India, with 22 officially recognized languages and a history of over 3,000 years in written literature, has one of the most complex literary histories in the world. To help you navigate this overwhelming literary culture, we have rounded up a list of the 10 best writers from modern India whose work has defined Indian-English literature.

Born in 1905, Mulk Raj Anand along with other writers of his time including R.K. Narayan and Raja Rao, are considered to be the pioneers of Indian-English fiction. Angered by an India where the caste system was still rigidly prevalent, he based most of his work on the lives of people in the so-called lower castes. His first major work, Untouchable (1935), is based on a single day in the life of a toilet-cleaner who has an encounter with a member of a higher caste. His other major works, including Across the Black Waters (1939), Coolie (1936), and The Big Heart (1945), are all critically acclaimed and central to the history of Indian literature.

Read for the day #untouchables by #mulkrajanand

You will rarely meet an Indian who hasn’t spent a decent share of their childhood reading about and trying to picture life in the fictionali town of Malgudi, a creation of R.K. Narayan that is featured in some of his most famous books, including Swami and Friends (1936) and Malgudi Days (1942). He is among the first Indian novelists writing in English to gather a global readership, dramatically changing the literary scene in the country.

This award-winning writer is most known for his works, the Booker Prize-winning Midnight’s Children (1981), and the controversial The Satanic Verses (1988). However, with 12 published novels and several works of non-fiction, this acclaimed writer is an important, defining figure in the South Asian literary world.

Having been shortlisted for the Booker Prize on three occasions, Anita Desai is a well known and celebrated figure in the Indian literary world. Her most famous works are post-partition novel Clear Light of Day (1980), In Custody (1984) which was adapted into an award winning film in 1993, and The Village by the Sea (1982) for which she won the Guardian Children’s Fiction Prize.

Author of A Walk Through the Yellow Pages (1987), The Half-Inch Himalayas (1987), A Nostalgist’s Map of America (1991), The Country Without a Post Office (1997), Agha Shahid Ali is among the premiere English language poets born in 20th century India. The Kashmiri poet who moved to the United States later in his life is credited with having introduced The Ghazal form in American poetry.

The God of Small Things (1997), Arundhati Roy‘s debut novel, didn’t just win the Booker Prize, but also became the biggest selling book by a non-expatriate Indian author. Roy, known for her strong political stances and commentary, is one of the most followed writers in contemporary India today. Her work also includes several collections of essays including War Talk (2003) and Capitalism: A Ghost Story (2014).

This famous Indian writer, journalist, lawyer and politician has penned what is one of the most essential reads in 20th century Indian literature – Train to Pakistan (1956). This historical novel recalls the partition of India in August 1947, with a focus on its human toll unlike few other accounts have managed. Among other well known and critically acclaimed books penned by Singh are I Shall Not Hear the Nightingale (1959), Truth, Love and a Little Malice (2002), Delhi: A Novel (1990) and The Company of Women (1999).

This Kolkata-born acclaimed novelist and poet has authored several books including the renowned A Suitable Boy (1993). At 1,349 pages and 591,552 words, this book is one of the longest novels ever published in a single volume in the English language. His collections of poems include The Humble Administrator’s Garden (1985), Beastly Tales (1991) and Mappings (1980).

The right one is gonna come along… Or has he already? #sundayreading #bookstagram #bibliophile #vikramseth #fiction

Among the most well-regarded authors in contemporary Indian literature, Ghosh has published various acclaimed works of fiction and non-fiction. His novels include The Circle of Reason (1986), The Shadow Lines (1988), The Calcutta Chromosome (1995), The Glass Palace (2000), The Hungry Tide (2004), and Sea of Poppies (2008). He returned to non-fiction after about 20 years with his latest, much-anticipated work, The Great Derangement: Climate Change and the Unthinkable (2016) .

Adiga’s debut novel The White Tiger (2008) won the Man Booker Prize, making him the second-youngest and fourth debut writer to win the prize. The book is among premiere works of fiction commenting on contemporary India, and its positive reception around the world has made it one of the most defining pieces in 21st century Indian literature. His other works include a collection of short stories Between the Assassinations (2008), as well as novels Last Man in Tower (2011) and Selection Day (2016).

Book of the Day • The White Tiger by Aravind Adiga at Rs. 148. Description: The White Tiger: Booker Prize Winner 2008 is a classic novel which lays light on a person of the deprived section of the society, who is desperate to come out of his misery and lead an independent life. In order to free himself from the clutches of social and financial misery, he indulges in the negative and shady activities and is unapologetic about them as he pompously justifies them. The protagonist, Balram Halwai, was born and brought up in a small village. Though he was a bright student, Balram had to discontinue his studies due to bad financial position of his family. He starts working at a tea shop with one of his cousins. Being an ambitious person, he learns to drive cars and becomes a chauffeur. As a result he moves to the capital, Delhi for his new job. Coming from a small village and suddenly moving into a metro city is a cultural shock for him. Experiencing corruption and the likes, he gets influenced by the negativity and murders his owner for money. He then shifts base to Bangalore, starts own business with the stolen money and becomes well-to-do. With such an account as its background, this book is narrated in a dark yet hilarious way. The book indulges into the details about the country’s corruption scene in a light as well as sarcastic tone. #bookchor #bookstagramindia #whitetiger #aravindadiga