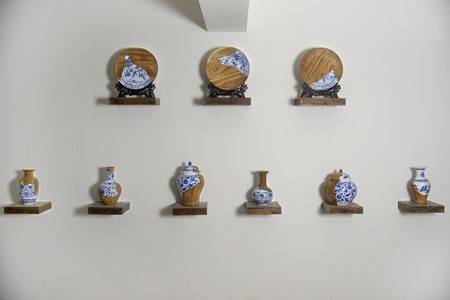 Sudarshan Shetty, No Title, (from "every broken moment, piece by piece") Image Courtesy of the artist and GALLERYSKE

Step inside the Rolls-Royce Goodwood factory and what will immediately surprise you is the noise – or absence of it. The serenity at Goodwood is the first of many indications that Rolls-Royce does manufacturing a little differently. I’m visiting to speak with Indian artist Sudarshan Shetty, who has most recently been commissioned by the brand to create a new installation piece as part of their ongoing art programme. The alignment between craftsmanship and luxury is nothing new, but in this fast new digital age, Rolls-Royce‘s commitment to fostering and developing unique work, both across their own brand and with the artists they work with, takes on additional significance.

The relationship between the car manufacturer and artists shouldn’t come as a surprise. Rolls-Royce customers have the choice of 44,000 different types of paint when creating their desired vehicle; the brand has an employee who specialises in drawing coach lines by hand with a squirrel hair brush; each car is made from one tree, split perfectly so the marks on the wood match throughout the interior; and there is the option of commissioning bespoke car ceilings, hand woven with thousands of LED lights. Heritage and craftsmanship are at the heart of their production and each vehicle is in many ways a work of art in its own right. 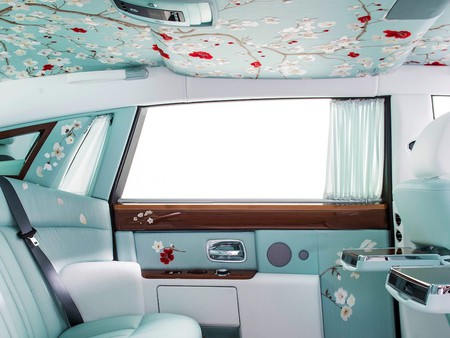 Having exhibited widely in India, Mumbai-based Shetty has also shown in numerous international exhibitions that include Paris-Delhi-Bombay at Centre Pompidou, Paris (2011), Contemplating the Void: Interventions in the Guggenheim Museum, New York (2010) and Passage to India at the Staatliches Museum Schwerin, Schwerin (2015). This year, Shetty has also been appointed curator of the Kochi Muziris Biennale, which will open later in the year. 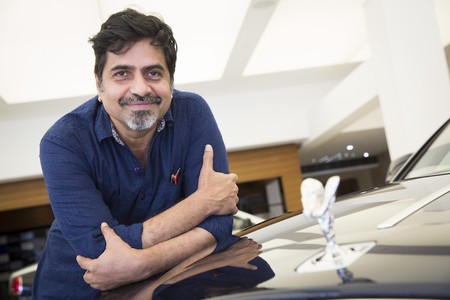 “The point” Sudarshan tells me,”was to literally work with what I had seen here and use the ideas that came from here [Goodwood]. Then I thought it would be more interesting to have something that was coming from a diverse kind of place and use those meeting points in the process of making.”

The result is a final project that draws on a traditional South Indian folktale about a woman who holds within her a song and a story. The story is a chronicle of creativity and expression, and reflects Shetty’s ongoing mediation on themes of transience, history and human fallibility.

It is a fitting partnership then, and one that will see Shetty employ his imagination to weave together Indian folklore with Rolls-Royce’s traditions. “There is a way of explaining through stories, of communicating through stories, that I find interesting.” Sudarshan said when we met. “It may not be about the story, it may include a larger aspect to it, with more themes. I came here [Goodwood] in November once and I went back and came up with this idea because I thought it would be more interesting to have something that was coming from a diverse kind of place, and to use those meeting points in the process of making something new.”

Sudarshan will create two films, one to represent the private aspect of the tale and the other to show the public, also working with sculpture to realise his installation. For him, the work is also about exploring the artifice of reality, and allowing audiences to participate in the transience inherent in the process of creating. “It’s also questioning the whole idea of what is real and what is not; how you believe in things and how you disbelieve in things. It’s playing with all those polarities.”

Sudarshan Shetty, No Title, (from "every broken moment, piece by piece") Image Courtesy of the artist and GALLERYSKE

The exploration of polarities is signature Shetty. His palette is eclectic and unpredictable, and he works across materials. In Listen Outside This House a wooden home is both majestic and fragile – a warped and bending facade rendered permanent in material only. In exhibitions such as The More I Die, the Lighter I Get (2010), Saving Skin (2008) and Love (2006) Shetty combines disparate objects, juxtaposing wood, metal, ceramics and neon. The result is unnerving and fascinating: audiences find themselves drawn to interact with his work. Of the material change in his aesthetic, Shetty said “It needs to be different everytime, looking back is a very important part of being able to look forward. As soon as you move towards something, a certain idea of truth, I think you move away from it.” 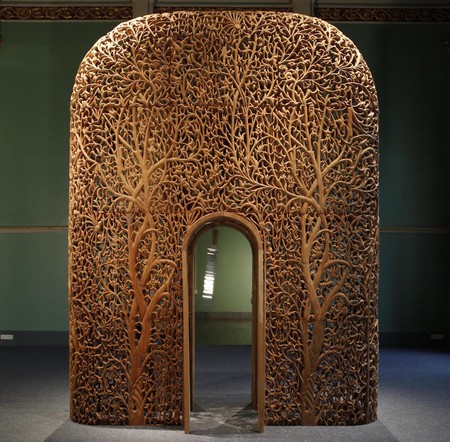 The tensions in Shetty’s work form a strand that developed at the onset of his practice, when he trained as a painter in a British-run art school, Sir JJ School of Art, in 1985. He describes the training as “quite schizophrenic”, with an education that spanned traditional British portraiture, Bauhaus architecture and ancient Indian art. The resulting influence of these disparate strands allows Shetty to operate within a unique framework. “Playing with this polarity is something that is very natural for me, coming from where I do. So it’s playing with all of those notions constantly, that things can be in opposites but also mutually inclusive within a same space of experience.” This polarity also explains why he is drawn to kinetic sculptures, repeatedly coming back to movement within a set space. “At the same time, there is the sense that it is not doing more than it is doing, because there is one cyclical motion. So that sense of being repelled and being attracted is in the same space. Also the sense that it is collapsable, that it can stop working at any time also gave it a sense of human vulnerability.” 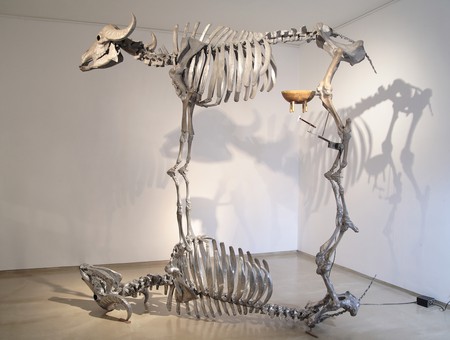 Sudarshan Shetty, No Title (from Love), Image Courtesy of the artist and GALLERYSKE

The power of Shetty’s work comes from the embodiment of these things: what he creates acknowledges the flux and contains momentum. But, he says: “every time I make something, there’s a failure. There’s some failure that keeps you going.” He explains that: “very often I look and think ‘oh, I could have done so much more, and this aspect or that aspect isn’t right’. So I think these failures keep you going, otherwise there would be nothing to look forward to.”

How does he resist the temptation to go back and try to solve the problem within one sculpture? “Metaphysically speaking, it’s doing that all the time. Working with another medium or another situation, but it’s looking for that one object, the perfect object.”

As with the craftsmanship and tradition that lie at the heart of Shetty’s work, it is this fixation on the perfect object that sees the artist and Rolls-Royce perfectly align.