Safdarjung Tomb | Palak Mittal / © Culture trip
Delhi, the capital of India, has a history that dates back centuries, and the Indian government has done a great job in preserving monuments of historical importance. Delhi is a city where a well-preserved fort or ruin will run past you as you drive through the streets. Each one is a jewel in the capital’s crown, so if you visit Delhi, make sure you don’t miss seeing these structures.

Humayun’s Tomb is special because its architecture would eventually become the inspiration for the Taj Mahal’s design, one of the Seven Wonders of the World. Commissioned in 1569 after Mughal emperor Humayun’s death in 1556, the tomb’s main architect was Mirak Mirza Ghiyas from Persia. The 25-acre plot on which the tomb is built has a four-squared garden that is further divided into 36 identical squares. During the partition of India and Pakistan, Humayun’s Tomb became a refugee camp for about five years, causing much damage to the infrastructure. 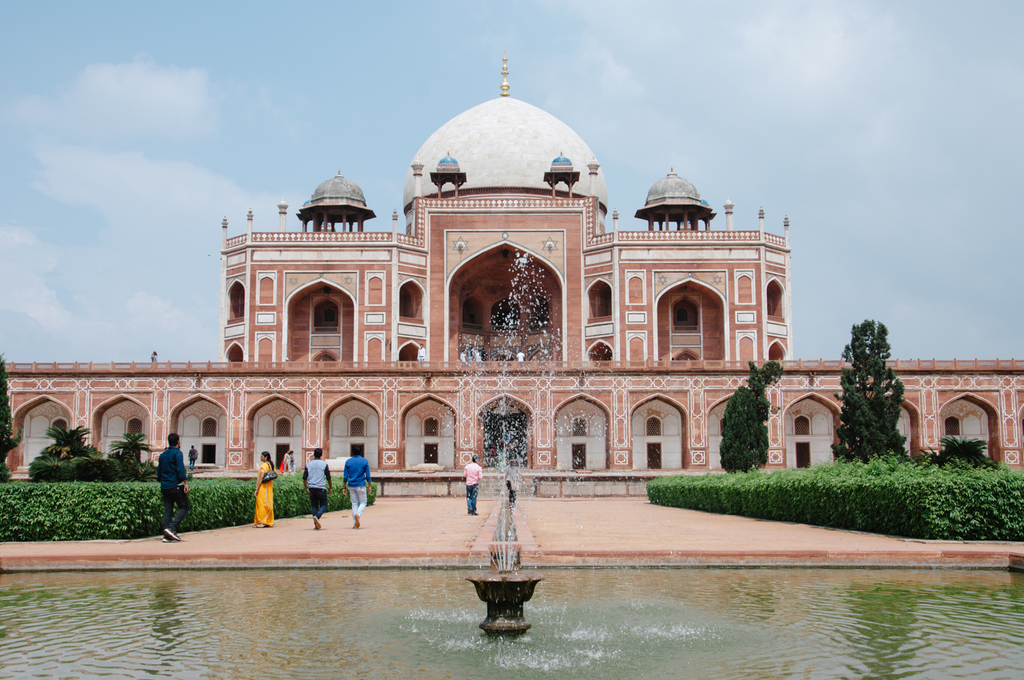 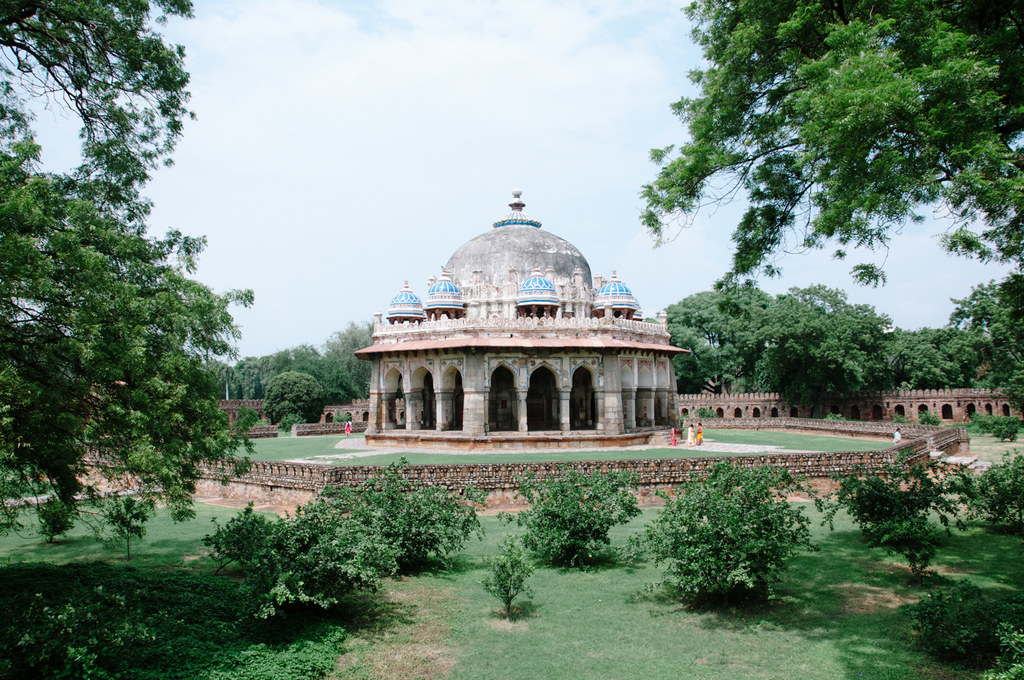 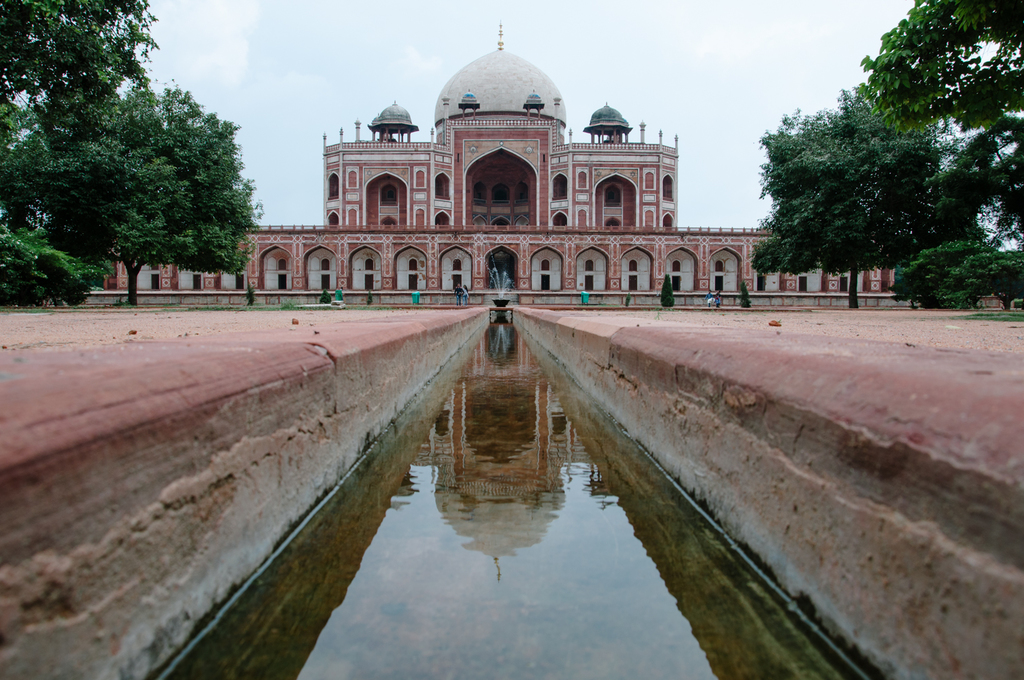 Archaeological site, Mosque
Qutub Minar | Palak Mittal | © Culture trip
Here’s the story of Qutub Minar, the tower to Quwwat-ul-Islam mosque: the founder of the Mamluk dynasty, Qutb-ud-Din, built the first three floors of the tower and his son-in-law Iltutmish emblazoned it with stones and added a fourth story. On getting damaged due to lightning, King Firoz Shah Tughlaq commissioned repair and added the fifth story. The first three floors are made of red sandstone and the two above are made of marble and sandstone. There are intricate carvings of words from the Quran on each floor.
More Info
Open In Google Maps
Seth Sarai, Mehrauli New Delhi, Delhi, 110030, India

Archaeological site
Would you believe it if you were told that the Red Fort was once white? It was originally made with lime plaster, but as it began to peel off, the British painted the fort red. Mughal emperor Aurangzeb made the Pearl Mosque near his chamber. A confluence of Persian, European, and Indian architectural style can be seen all throughout the Red Fort campus.
More Info
Open In Google Maps
Netaji Subhash Marg, Lal Qila, Chandni Chowk New Delhi, Delhi, 110006, India
+911123277705
Visit website
Book Now

Mosque, Historical Landmark
Grand Mosque | Palak Mittal | © Culture Trip
The Purana Qila has a harmony of Muslim and Hindu architectural styles. Sher Shah built the Qila with a city spread around it. The fort has three main gates—Humayun Darwaza, Talaqi Darwaza, and Bara Darwaza. Each double-tier rampart was made of sandstone. The gates were surrounded by a moat through which, once upon a time, river Yamuna used to flow.
More Info
Open In Google Maps
Pragati Maidan New Delhi, Delhi, 110003, India
+911123365358
Visit website

Memorial
The most recent addition of monuments in Delhi, the Mutiny Memorial was built by the British army, and its design was highly criticized. It was commissioned and sponsored by the Public Works Department at the government’s expense in 1863. The Victorian gothic-style architecture is not the only thing that makes Mutiny Memorial interesting: some people say it is haunted.
More Info
Open In Google Maps
Kamla Nehru Ridge, Civil Lines Delhi, Delhi, 110007, India

Library
Sher Mandal | Palak Mittal | © Culture trip
Situated inside Purana Qila, Sher Mandal was built by Mughal emperor Humayun as an observatory, library, and a pleasure house. Octagonal in structure, Sher Mandal consists of two storys and marble floorings, and is built of local red sandstone. Both floors are crowned with a verandah running all around the perimeter.
More Info
Open In Google Maps
Pragati Maidan New Delhi, Delhi, 110003, India

Memorial, Museum
A much less talked about, but no less remarkable structure in Delhi is the haveli of the legendary poet Mirza Ghalib. Ghalib’s home has sandstone floors and Lakhori bricks, and there are arched corridors on three sides enclosing a courtyard. The structure is a depiction of the architectural style at the tail end of the Mughal era. Sadly, only a portion of the haveli was acquired by the government and restored, the rest is a dilapidated mess.
More Info
Open In Google Maps
Balli Maran, Baradari, Chandni Chowk Delhi, Delhi, 110006, India

Shah Jahan commissioned the construction of Jama Masjid after Red Fort, once he changed his capital from Agra to Shahjahanabad (Old Delhi). The construction in red sandstone and marble took about six years and its interiors resemble the Jama Masjid in Agra. The courtyard floor is made of sandstone with marble strips indicating prayer positions to the common citizen. 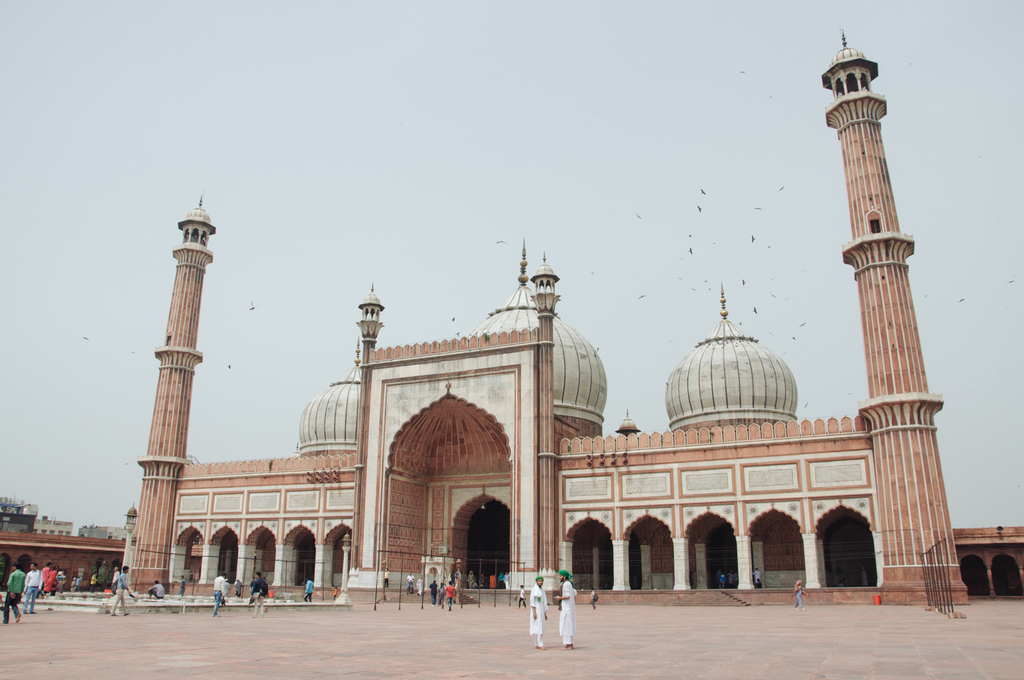 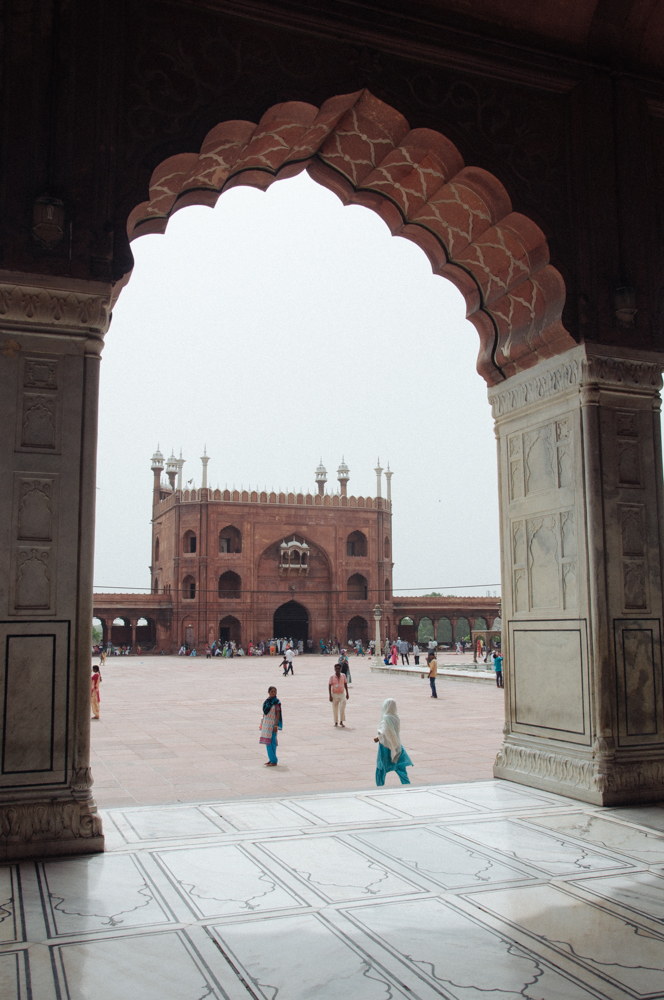 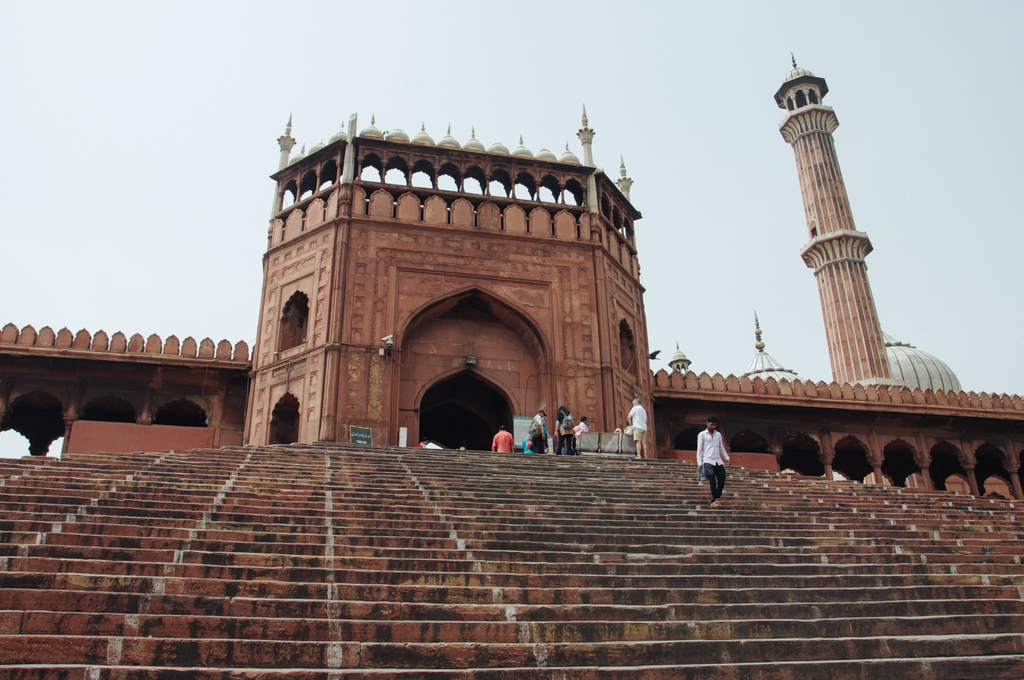 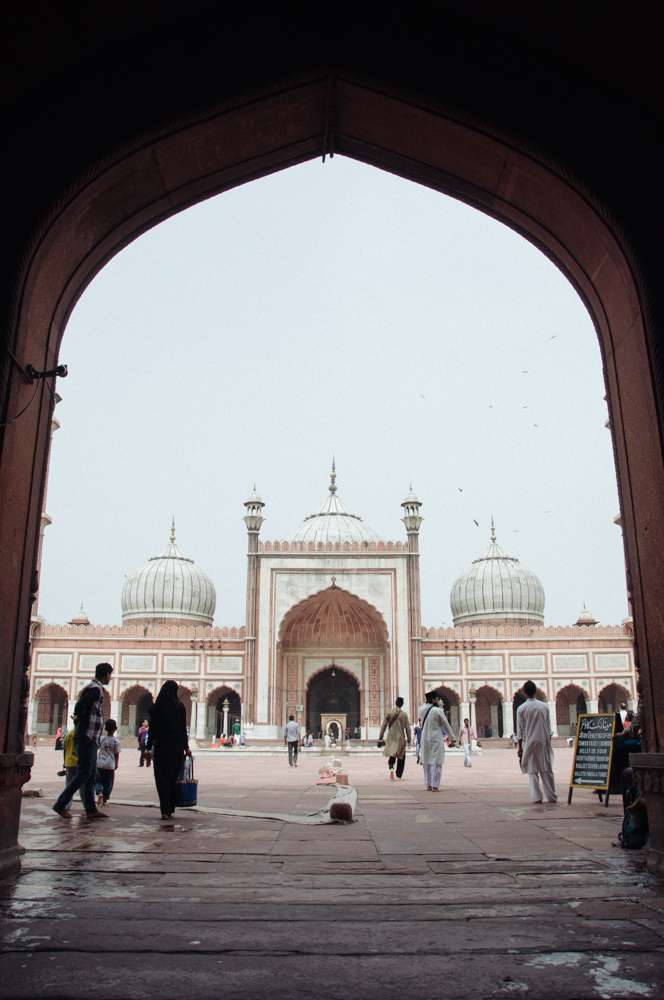 The Tughlaqabad Fort, commissioned by the founder of the Tughlaq dynasty in Delhi, Ghiyas-ud-din Tughlaq, served two purposes—as a structure to keep the enemies away and as capital of the king. Its double-tier bastions and enormous ramparts are an architectural wonder. The fort had grand mosques, an audience hall, and beautiful palaces inside, all in an Indo-Islamic style.

Safdarjung Tomb is the mausoleum of Mirza Muqim Abul Mansur Khan—popularly known as Safdar Jung—made in sandstone and marble. After his death, his son Nawab Shujaud Daula pleaded with the Mughal emperor to permit him to erect a tomb for his father in Delhi. The tomb was designed by an Abyssinian architect and was made to resemble Humayun’s Tomb. 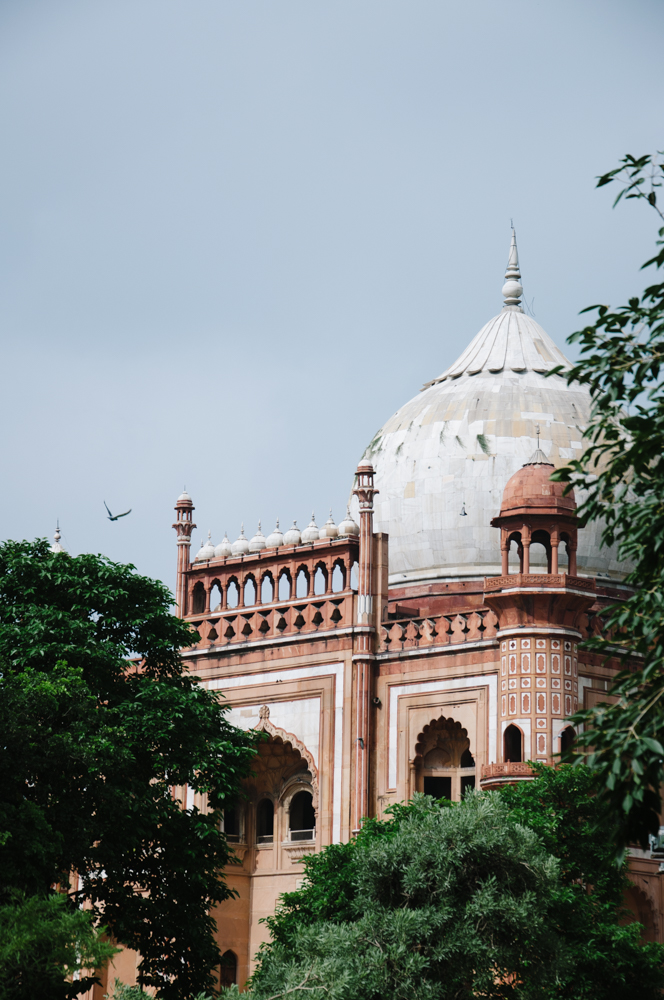 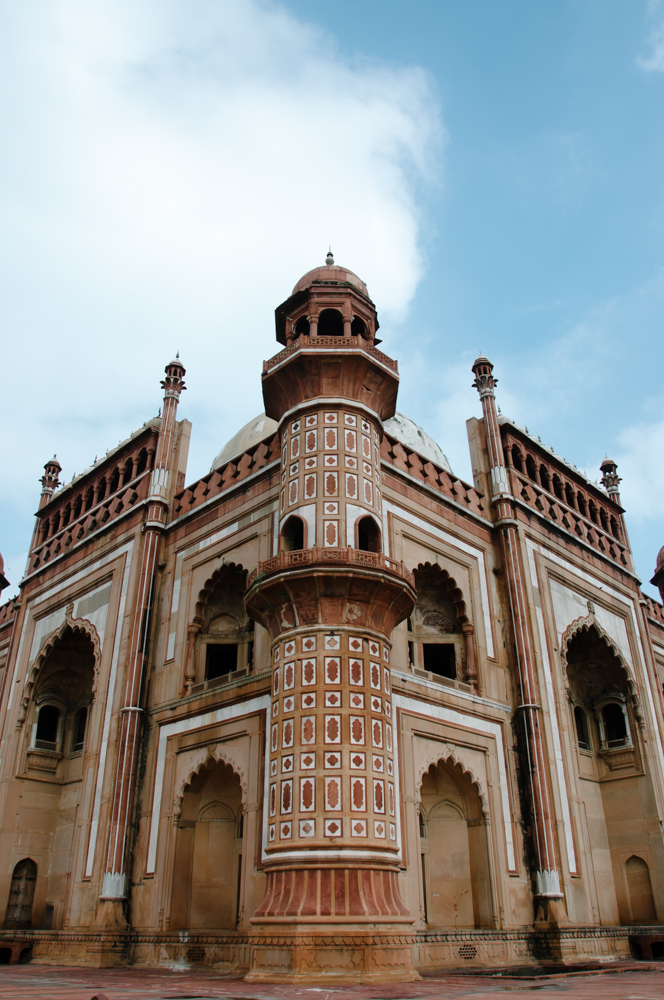 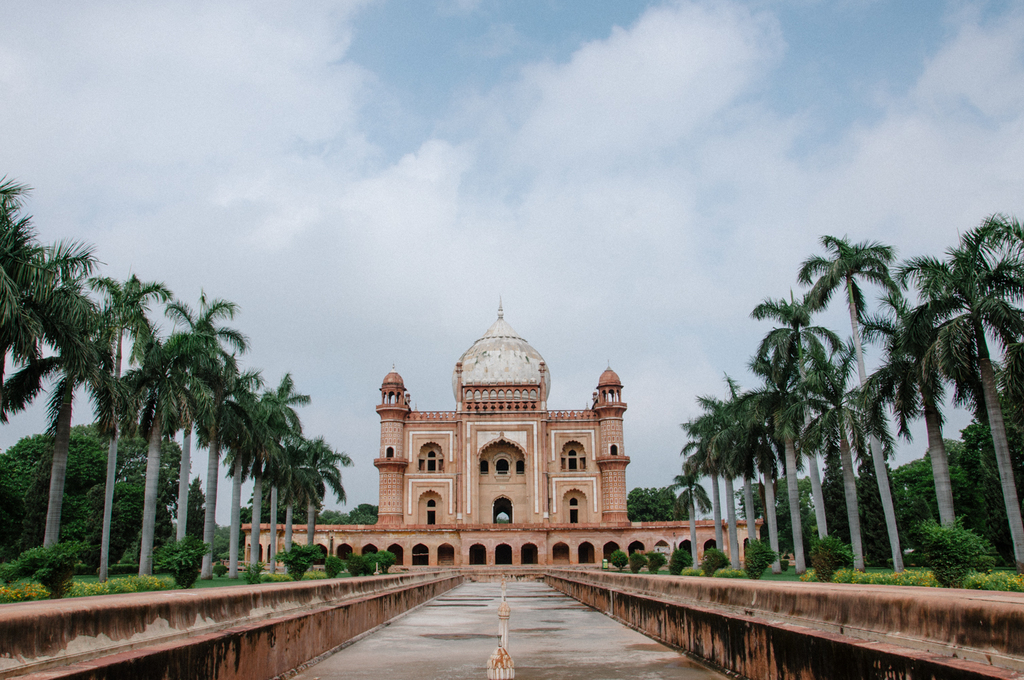 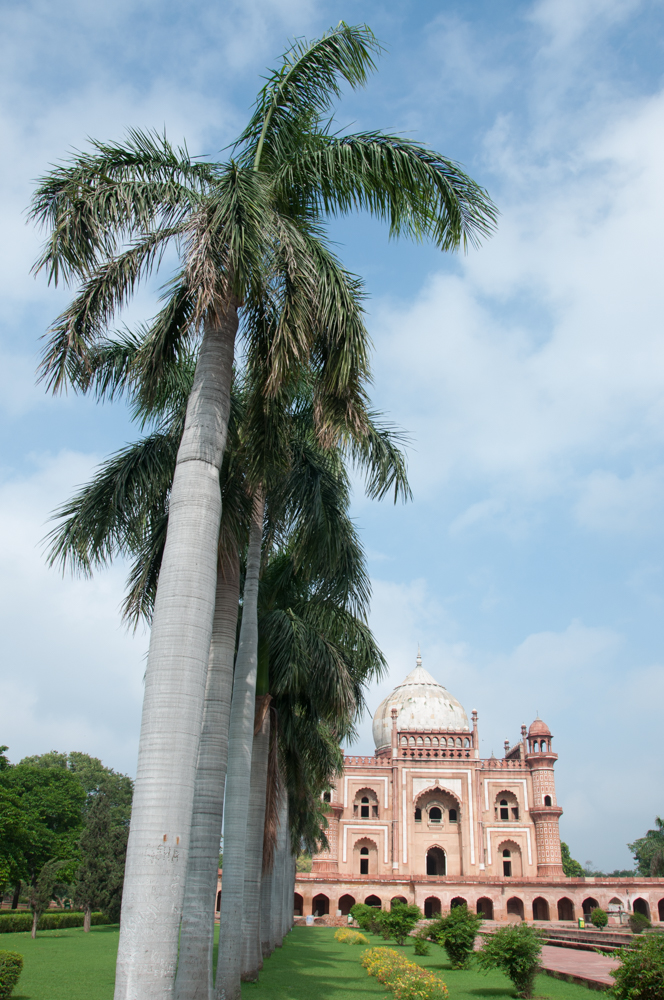