A Solo Traveler’s Guide to Kolkata 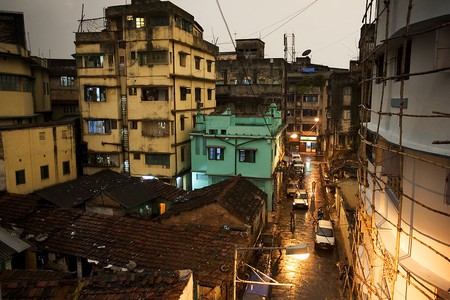 With rich history, stunning architecture, plenty of cultural institutions, and vibrant flea markets, Kolkata is a delightful place to visit. The city’s dynamic crowds and busy nature make it the perfect destination for solo travelers. Here is our comprehensive guide to Kolkata for solo vacationers—from where to stay and eat to tips on health and safety.

At 1480 kilometers squared, Kolkata is the second largest city in India in terms of area covered. The city is divided into numerous neighborhoods and sub-areas, some of which date to the colonial era, whereas others are recent additions to this continually expanding city. Regardless, the bulk of attractions in the city are concentrated in the four broad areas mapped below.

The bulk of historic institutions are concentrated in what is broadly called Central Kolkata. The area also houses a bulk of the city’s (as well as the state’s) government buildings and used to be its prime financial hub, until the development of neighborhoods in East Kolkata. The area broadly comprises BBD Bagh, Esplanade, Entally and the Maidan. Some of the city’s most dynamic roads, such as Chowringhee Road, Park Street, Shakespeare Sarani, and Camac Street are part of Central Kolkata.

With new and luxurious residential neighborhoods, eateries, and commercial institutions, as well as a fair share of historic institutions and sites, South Kolkata stands apart from the rest of the city in its own ways. The area comprises a range of smaller neighborhoods such as Gariahat, Dhakuria, Ballygunge, Bhawanipur, Alipore, New Alipore, Rash Behari, Kalighat, and Tollygunge.

If you are willing to splurge, the Taj Bengal is one of the most luxurious places you can stay at while in Kolkata. Located in Alipore in plush South Kolkata, the hotel is within comfortable distance from all key attractions in the city. The five-star hotel houses a fantastic spa, super luxurious rooms, and also offers excellent dining options, including a poolside grill as well as North Indian, Mediterranean, and Chinese cuisine restaurants.

Offering a selection of themed rooms that ooze color and character, The Corner Courtyard is where you should be headed if you are seeking to make your Kolkata stay quirky and unique. Housed in a recently renovated historic house which had last been inhabited in 1904, the Corner Courtyard weaves Kolkata’s rich history and culture into every detail of its lush décor.

The Broadway Hotel has been a landmark in Kolkata since it was founded in 1937. The hotel oozes old world charm with mid-20th-century style furnishings, vintage décor, and large, airy rooms. With rooms costing from $14–$26 (INR 980–1795), the hotel’s free Wi-Fi, 24-hour check-in, and well-stocked bar and restaurant make it a great deal. However, do check with the reception desk prior to confirming your room if you seek air conditioning and hot water.

Kasturi is among the best restaurants to head to in Kolkata for a traditional, simple, and affordable Bengali meal. Traditional fish curry paired with warm rice at this small restaurant with modest décor and friendly service, is a unique Kolkata experience that you must have at least once.

This is what they showed me when I asked for the menu at #Kasturi #Kolkata! #fish #catchoftheday #kolkata

This legendary pub, founded in 1947, is loved by Kolkatans of all ages for its low-key, no-frills setting, its friendly service, and its cheap beer and delicious food. The endearingly laid-back pub also happens to offer some of the best steaks in town. Always bustling with crowds, this is an excellent spot for solo travelers to grab a beer and soak in the city’s charm.

A post shared by Priyadarshini Chitrangada (@priyadarshiniwrites) on Feb 6, 2017 at 3:28am PST

Peter Cat has remained one of the city’s most popular restaurants for as long as it has existed, which is a testament to its incredibly delicious food, reasonable pricing, and excellent service. The menu will delight seafood lovers, meat lovers, and vegetarians alike, as will the bar menu. If you are wondering what to try, their Chelo Kebab has a cult-like following among foodies well outside of Kolkata.

As the supposed place of origin of the now world-famous kathi roll, this legendary restaurant is a must-visit for anyone who loves Mughlai or North Indian food. Offering delicious meaty kebabs, buttery paranthas, and hearty rolls at very affordable prices and with friendly service, Nizam’s is the perfect spot for solo travelers looking to refuel before heading back into the vibrant streets of Central Kolkata.

If historical monuments interest you, then there are few better places to be at than Kolkata. From the strikingly beautiful and pristine white Shaheed Minar to the iconic Victoria Memorial, there are multiple colonial-era monuments and buildings you can visit to take a peek into yesteryear’s Calcutta. Literature fans may be delighted to visit the ancestral home of Rabindranath Tagore in Northern Kolkata.

Kolkata is home to numerous historic and vibrant markets selling all sorts of items, from flowers to spare machine parts. As our guide to the city’s top markets indicates, these are perfect spots for you to not just browse till you stumble open odd and eccentric items, but also to observe and experience the dynamism of this very complex city. The Flower Market at Mallick Ghat is one of the largest in the world, while the used books market at College Street is the second largest of its kind in the world. The New Market, Kolkata’s most popular market, is about 150 years old and has over 2000 stores, selling everything from textiles to local cheeses.

Kolkata also houses a strikingly diverse collection of historic religious sites. The iconic Kalighat Kali Temple, built in 1809, to which Kolkata owes its name, is among the most popular Hindu temples in the country. The Armenian Church of the Holy Nazareth, established in 1724, is a key attraction in the city not just for being one of its oldest churches, but also for serving as a symbol of the historic local Armenian population. Kolkata is also home to several historic Chinese temples, mostly concentrated around the city’s Old Chinatown or Teretti Bazaar. The Beth El Synagogue, built in 1856 and the Nakhoda Mosque, built in 1926, are other religious institutions that draw followers and tourists with their intricate architectures and deep cultural significance.

Getting From the Airport

Kolkata’s Netaji Subash Chandra Bose International Airport is about 17 kilometers outside the city’s center, to which it is well connected via cabs, buses, and trains. A cab may be your most convenient option—particularly if you’re carrying luggage—and can be hired at the prepaid taxi counter at the airport. Fare to the city will likely cost you up to $7 (Rs. 500). There are multiple buses that travel from the airport to the city, at costs from $00.30 (Rs. 20) to $1.50 (Rs. 100). While the airport does have a train station, the nearby Dum Dum Junction station, which is accessible by cab, has more frequent train departures to the city, making it a better option.

Kolkata has multiple public transport options, from a vibrant underground railway system called the Metro, to cabs and rickshaws. Cabs are a convenient and reasonable option to get around unless you are looking to experience the city’s Metro.

From pickpockets to scammers, the city has its fair share of elements you need to be wary of. Make sure to secure your belongings—from your wallet to your passport—while in public, and always stay alert and be aware of your surroundings. Stick to where the crowds are, and avoid wandering into deserted areas—particularly at night.

As tempting as the city’s street food may be, travelers ought to indulge with much caution. It is not uncommon for vendors to use impure water or prepare dishes in unsanitary conditions—and depending on your gut’s tolerance, you may be inviting trouble.