A Foodie's Guide To Punjabi Cuisine 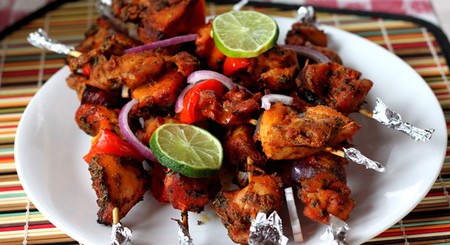 The madness and gusto of Punjab, India’s loudest state, is portrayed in their culture, music and the unique food that they offer. What exactly does Punjabi cuisine offer us that makes it one of the most sought after cuisines in the world? Here is our guide to the taste of the Punjab.

It is often said that happiness comes in small packages which is exactly true in case of chicken tikka. These small meat chunks are a delight for non-veg lovers especially when they are accompanied with some really spicy mint chutney. They are marinated in a traditional Punjabi recipe of spices and mint for hours before they are grilled on a chullah or skewers. Vegetarians can replace meat with paneer or tofu for an equally delicious treat.

Don’t get confused between tikki and tikka here. Tikki is a patty or a cutlet made from boiled and smashed potatoes mixed with famous Indian spices along with onions. It is then dipped in wheat flour or rava before being deep fried. You can enjoy them for starters, in sandwiches or even in a burger. 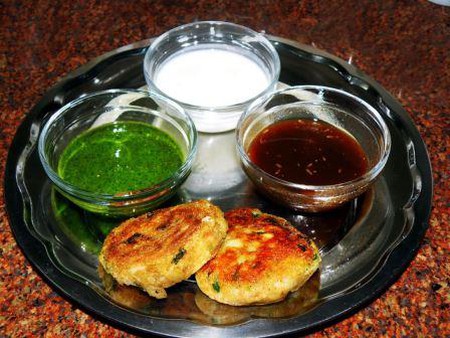 The grandeur of any Indian feast is incomplete without the alluring presence of the chicken tandoori, which is probably the most famous chicken dish in India. Its aromatic smells and tantalizing appearance make it unforgettable. Tender meat coated with the delicious tandoor masala.Tandoor Masala which comprises of at least 14 ingredients that include cloves, black pepper, cardamom, coriander and so on. It is then cooked in a tandoor, the traditional earthen oven. 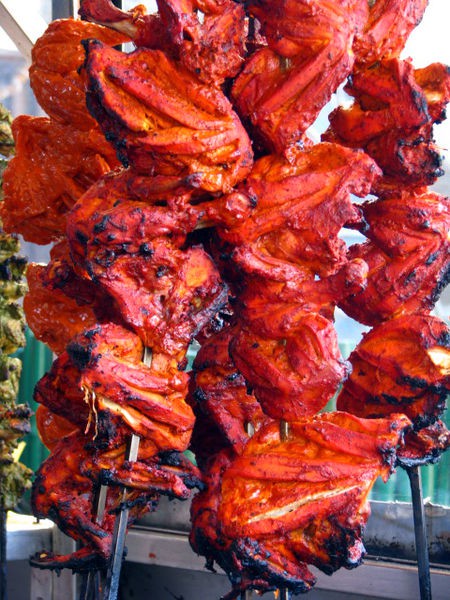 It’s difficult to describe what charred crispy freshwater fish in a spicy yogurt marinade tastes like unless you’ve eaten it in an authentic Punjabi restaurant. This signature dish is tricky to make and a complete delight to devour. It’s a popular Punjabi street food, eaten hot out of the frying pan topped with chaat masala and lime.

If Italy gave world the pizza, India did the same with butter chicken. This mild and creamy preparation of juicy chicken chunks in a delicious and buttery gravy made from white butter, tomato puree, fresh cream, cumin seeds, red chili powder and sugar is a trademark Punjab dish. Family lunches or dinners are complete only when this dish is on the menu. 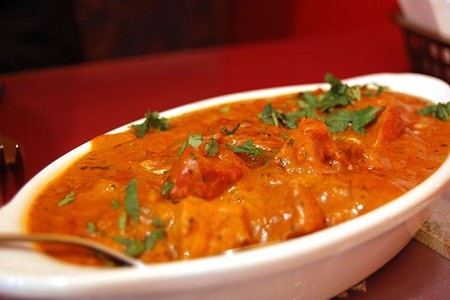 If vegans are feeling neglected, then hold on because this dish is just for you! Sarson ka saag is a staple Punjabi preparation made from mustard leaves, spinach and bhatua. The saag (which means curry) is a mixture of leafy vegetables which is flavored with various spices by the process of ttadka (tempering). To accompany this delicious vegetable dish is the famous Indian bread, called a roti, made from makka (corn). 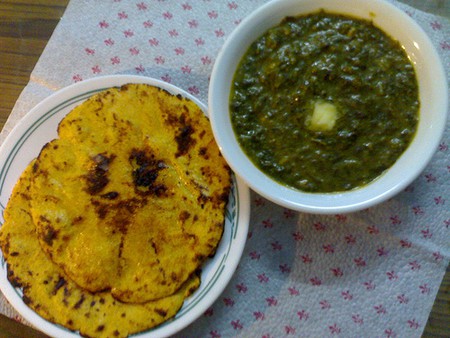 Folks in India travel by road for two main reasons, to experience the rural scenery and to stop at the dhabas on national highways that enchant the taste buds of travelers far and wide. One of the signature dishes that you can gorge on at a dhaba is the dal makhani. It is a simple dal dish made from rustic spices and techniques. In many restaurants, the dal is delicately simmered overnight to enhance its creaminess and bring out the flavors. 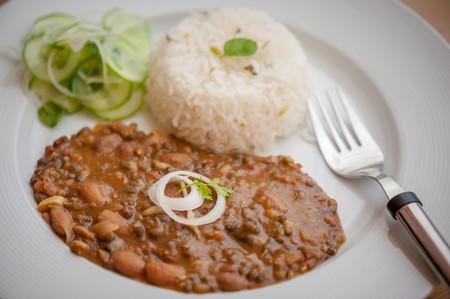 If you were to describe a dish made for the elite then the malai kofta should be your obvious choice. Because of its rich texture and ingredients the dish is probably one of the most popular dishes during dinner parties. The kofta (fried paneer dumplings) is served in a thick curry made from tomato puree, cashew and onion paste and some famous Indian spices. The color of the gravy can be either white or red depending upon the ingredients. 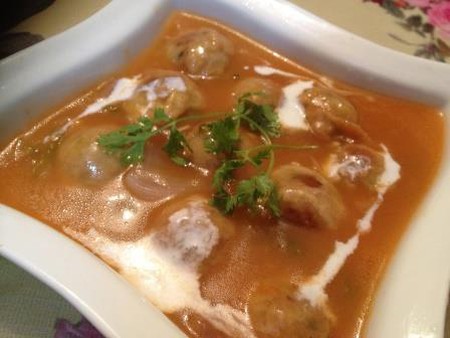 After you’ve feasted on Punjab’s main courses it’s time to get enchanted by the sweet dishes like the suji ka halwa. Suji (which means semolina) is the main ingredient in this halwa, a pudding famous for the enormous amount of delicious ghee butter in it. After seasoning it with almonds, raisins and kesar milk you will fall in love with this delicious Punjab speciality. 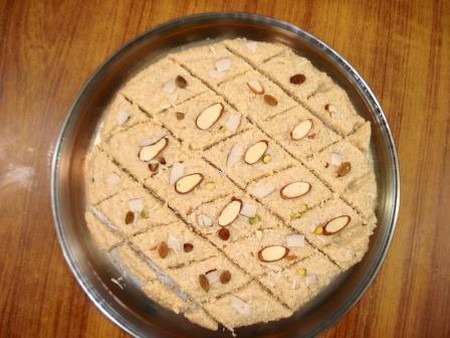 Gulab Jamoon originates from an old Indian legend. It is said that a scholar was invited by a King to his court. A lavish meal was prepared by the royal cook for the honored guest. The cook, out of negligence, prepared a dish which was extra spicy for the guest. The guest coughed until his face turned blue, so the King ordered the royal cook to prepare a dish to soothe him. The cook then produced a dish so tempting that not only the King rewarded him but also the Scholar took the recipe with him and made it famous worldwide. Today, that dish is known as gulab jamun. Balls of maida (a refined wheat flour) is deep fried and then dropped into hot sugar syrup seasoned with saffron, almonds and pistachios. 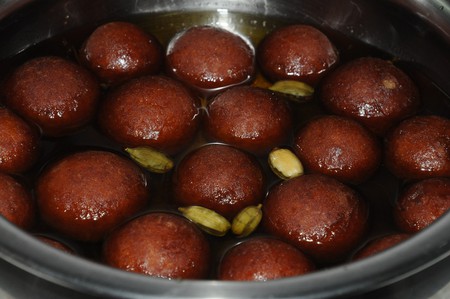 After eating all the delicious Punjabi offerings, you need something to calm your stomach. Lassi, a traditional Punjabi drink is a delicious mixture of spices, water and yogurt that will help you digest your food. In Punjab, it is served in large glasses made of heavy metal or clay, topped with fresh cream. 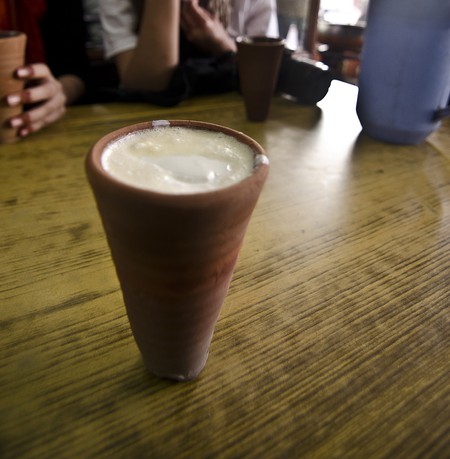 An earthen Lassi pitcher | ©Flickr/Terry Presley
Give us feedback