A Design Lover’s Guide To Bangalore In A Day

Infosys pyramid in Bangalore | © Rajeev Rajagopalan / Flickr
If design is what you have a keen eye for, you won’t regret a Bangalore city tour. The metropolitan is flourishing just as much in creativity as technology. From aerospace design to local handicrafts, the city has an interesting mix of design elements. But, in a day, the prospect of exploring Bangalore can be dizzying. So, let us be the much-needed travel guide and point out the best places.

Store
Bangalore’s boutique stores and quirky outlets are increasing by the day. But, The Wishing Chair is class apart. A home décor, accessories and gifts store, they have been in the city for just a couple of years but they stand apart with their contemporary, handcrafted and exquisite feminine products. For a design lover in Bangalore, this one is a must-visit.
More Info
Open In Google Maps
295 100 Feet Road, Binnamangala, Stage 1, Indiranagar Bengaluru, Karnataka, 560038, India
+918040931683
Visit website

Traditional handicrafts of Bangalore in Tarang

From contemporary to traditional – Tarang is a home décor store chain in Bangalore. True to their belief of advocating traditional craftsmanship of India, they keep furniture, paintings and décor items that evoke old-world charm. The wood-carved furniture in traditional South Indian pattern or the paintings that depict India’s rural life, Tarang’s collection is a design wonderland for someone in Bangalore. 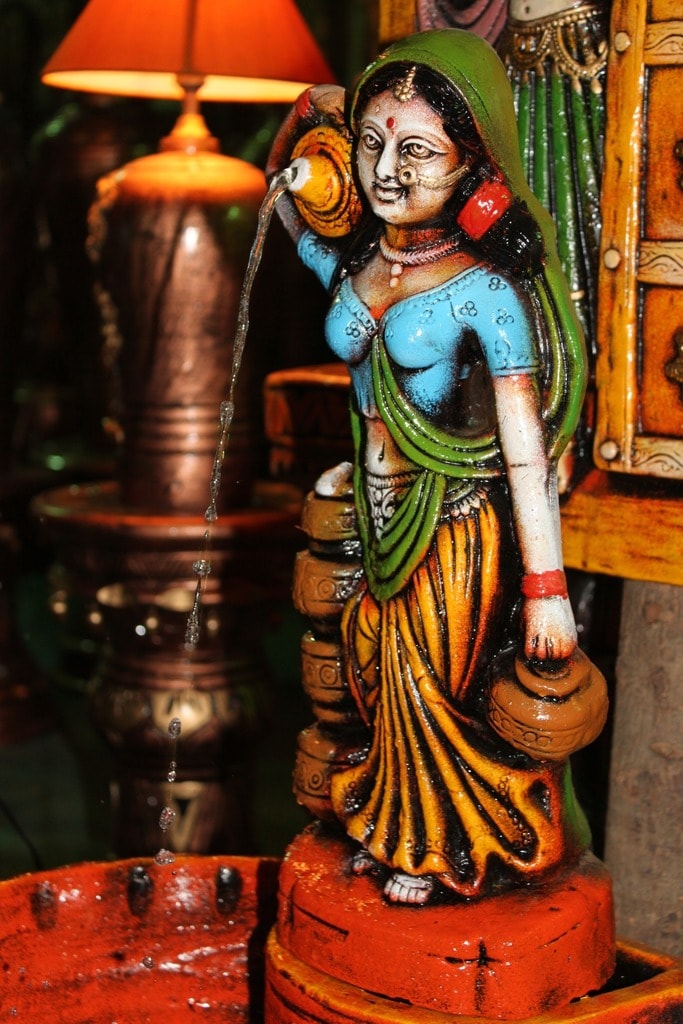 A decorative piece of a rural Indian woman | © PDPics / Pixabay

Even though there are numerous stunning cafes in the city, Dyu Art Café is one of the most popular and almost every Bangalorean’s favourite. The café is an old, traditional South Indian home turned into a commercial space. Concrete seats and old worn out sewing machines turned into seating tables are contemporary upcycled twists to things typically found in a traditional South Indian home.

Cinnamon was an orphanage in the 19th-century that is now a fashion boutique space. The building, in the heart of Bangalore, was restored for its current use and much of the traditional architecture was kept intact. The hollow, roofless center of the building is enclosed with a promenade and doors to numerous rooms. The old pillars and staircases are any designer’s delight in Bangalore.

Tipu Sultan’s summer palace in Bangalore is a treat for architecture lovers and a rather lesser-known attraction in the city. Made almost entirely of teak wood, the palace is ornamented with pillars and Mughal arches. Built in the late 18th-century, the palace looks beautiful even today. It is most certainly one of the best things Bangalore has preserved from its history. 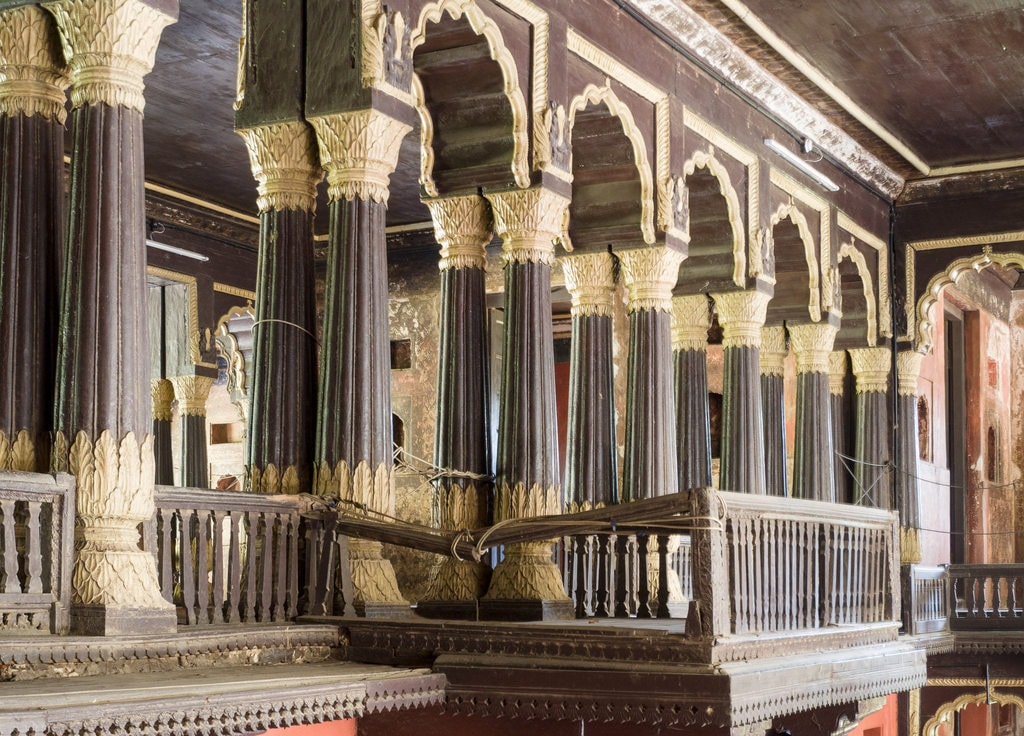 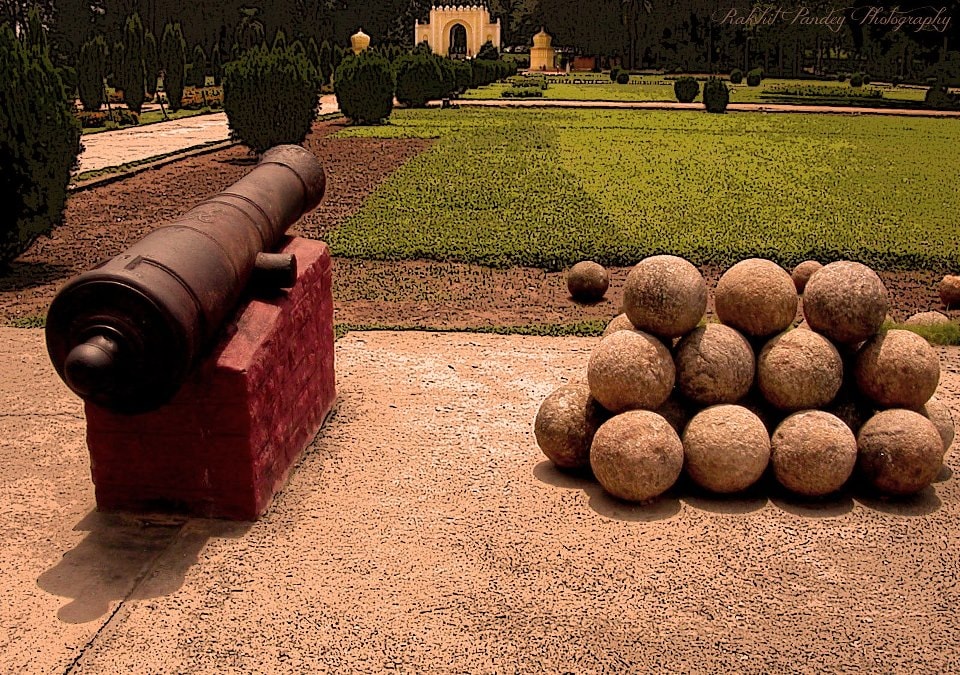 Visual art complex in the heart of Bangalore

Built in 1960, Karnataka Chitrakala Parishath is a two-acre space in Bangalore, dedicated to fine art. The serene campus is a visual art complex with classrooms made of bricks. The museums have sculptures and paintings by many renowned artists across the world and the main gate fence outlining the campus has installations made out of scrap metal. In a day, it is the best place in Bangalore to see some of the greatest works by Indian artists, and also the budding artists in the country. 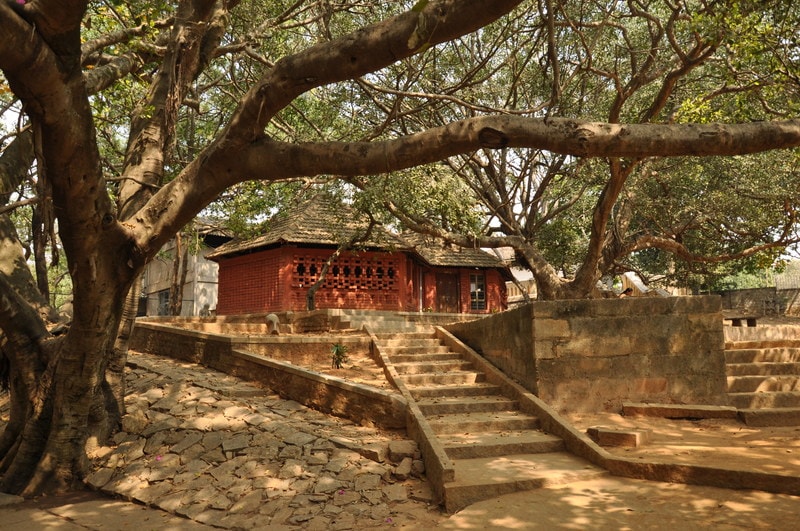 If landscape design is something that interests you, visiting Cubbon Park should be a must when in Bangalore for a day. The park is spread over 300 acres and has quite a few architecturally marvelous buildings inside. The beautifully manicured flora and fauna is displayed as a study of botany in places. The Seshadri Iyer Memorial Library is a beautiful red building with Corinthian columns built in the early 20th-century that can intrigue a design lover’s artistic mind. 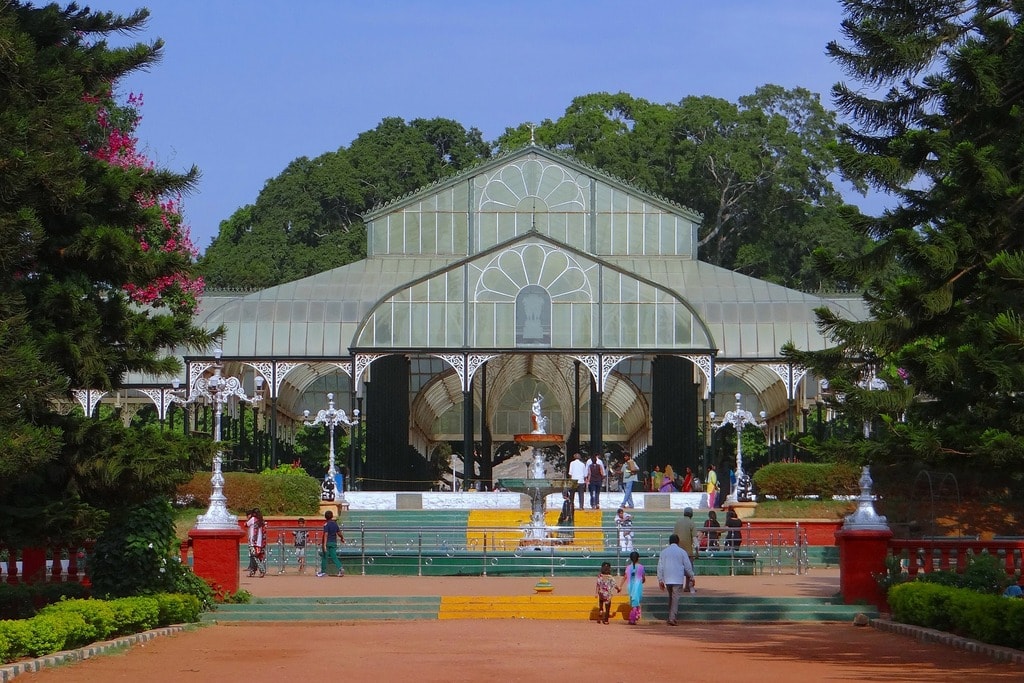