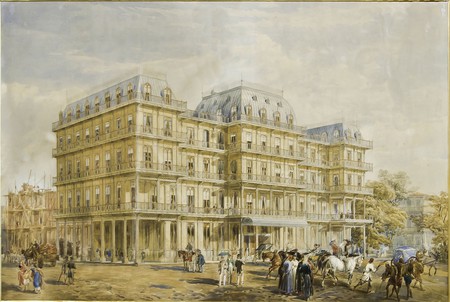 Sitting right at the heart of Kala Ghoda in a stunning state of dilapidation, and seemingly delaying total collapse day by day, is one of South Mumbai’s most fascinating heritage properties, the Watson’s Hotel. Known today as the Esplanade Mansion, this building, which dates to 1869, is the oldest surviving cast-iron structure in India.

Watson’s Hotel, named after its first owner, John Watson, an English businessman in Bombay, was meant to be a structure used for office space and showrooms for his flourishing drapery and tailoring business in the city. It was initially fabricated in England, with its components shipped to India by 1867. It was then constructed on-site and completed by 1869. With an external cast-iron frame that was typical of many 19th-century buildings in London, wide open balconies on each of its five floors and a majestic atrium, it was a much-celebrated work of architecture at its peak. 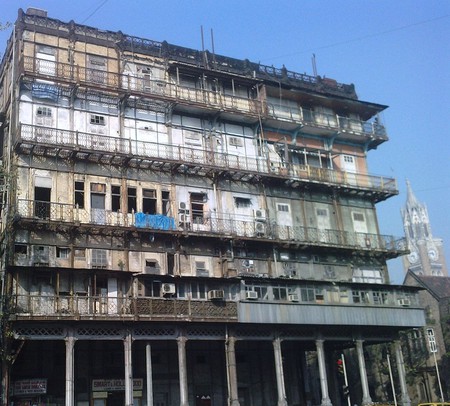 Departing from his original plans for the building, John Watson opened the structure as Watson’s Hotel in 1869. An exclusively whites-only hotel, the building became a grand and thriving symbol of British colonial presence in the country until John Watson’s death and the emergence of the Taj Mahal Palace Hotel in Colaba. According to local legend, industrialist Jamshedji Tata built the Taj to avenge his being denied entry into Watson’s, owing to its racist whites-only policy. 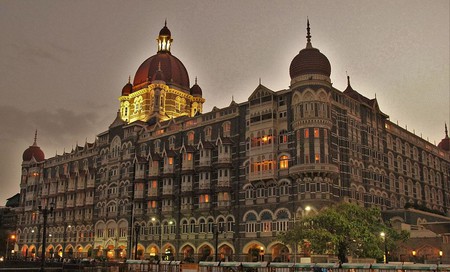 Long heading towards decline, the building ceased to be a hotel by 1960 and was sold and renamed the Esplanade Mansion. The building’s rooms were rented out to commercial and residential tenants, as it continues to be up to this day. The building’s proximity to the city’s high court made it a particularly appealing choice for several law offices.

However, the building’s continually declining state has led to a crisis between its owners, current residents, and the city’s housing authorities. Owing to its rent-controlled status, the current owners of the building have found it impossible to gather enough funds to repair or maintain the structure as per acceptable standards. Its once glorious atrium and ballroom have turned into dumping grounds for its residents. Also, balconies have fallen off, while cobweb-infested stairs have missing slabs.

In 2005, the building’s façade collapsed and killed one person, just days after it had been enlisted among the “World’s 100 Most Endangered Monuments” by the World Monuments Fund. Mumbai’s “Buildings Repair and Reconstruction Board” has almost regularly featured the building among its list of most dangerous buildings in the city and flagged it as uninhabitable. However, people still live there, and they are hopeful about an imminent restoration.

Mumbai’s heritage conservation body has approved the historic building’s restoration, but a lack of funding is among the biggest factors holding up its progress on this front.