A Brief History of the Shaheed Minar, Kolkata 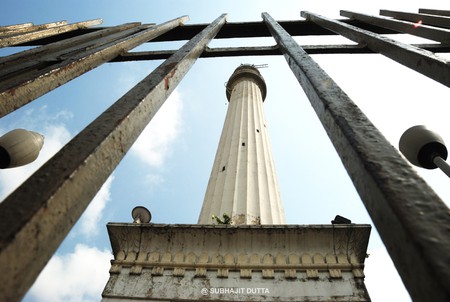 Located at the very heart of Kolkata, the 158-foot high, pristine white Shaheed Minar has remained a landmark monument for over a century and a half. Its characteristic design and size has drawn the attention of many, including Mark Twain who dubbed it the ‘cloud kissing monument.’ However, the structure’s history remains just as interesting as its architecture.

Constructed in 1828 as a tribute to Major-General Sir David Ochterlony, commander of the British East India Company, the tower was initially known as the Ochterlony Monument. The structure sought to celebrate his defense of British occupied territory in the Indian subcontinent against the Marathas and other regional armies. However, in 1969, decades after India gained independence, the monument was rededicated to the memory of the martyrs of the Indian freedom movement. It was then renamed the Shaheed Minar, which translates to ‘the Martyr’s Monument.’ 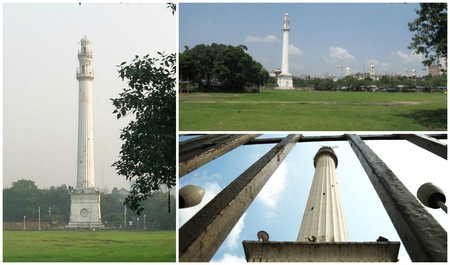 The tall structure displays a blend of various architectural styles, including a Turkish-style rounded dome, an Egyptian foundation and a column inspired by those seen in Syria. A serpentine staircase with about 223 steps leads to the top floor of the monument. Designed by architect J.P. Parker, the building offers a panoramic view of the city.

While the Shaheed Minar is today considered to be a tribute to the Indian independence struggle, the surrounding ground was also once a hotspot of political activity. Known as Shaheed Minar Maidan or the Brigade Ground, the vast fields have played host to a variety of political rallies and fairs, including a meeting by Rabindranath Tagore in 1931 over the killing of two unarmed young men by the British in a nearby detention camp.