A Brief History Of The Royal Opera House, Mumbai 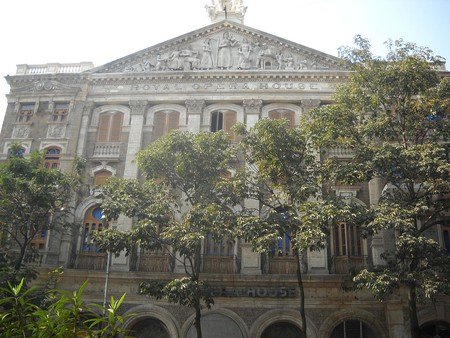 India’s only surviving opera house, the Royal Opera House on Charni Road in Mumbai, reopened in October 2016 after a gap of 23 years following its closure in 1993. The century-old grand structure has a glorious and often overlooked history of having served as a platform for supporting performing arts beyond opera. From having hosted legendary singer Lata Mangeshkar’s first performance to having hosted the premieres of several Bollywood classics from the 20th century – the opera house had been one of the most integral institutions in the city’s theater and cinema culture.

While the idea of building such an opera house was envisaged in the early 20th century, it was in 1908 when the final design for the Royal Opera House was agreed upon by Jehangir Framji Karaka, a Parsi businessman who headed a coal brokers firm, and Maurice Bandmann, a Calcutta-based theater artist. The building’s foundation stone was laid the following year, and King George V inaugurated the building in 1911 even though it was still under construction. While the building, with its baroque design combining Indian and European architectural styles was completed in 1912, additional work on it continued until 1915. 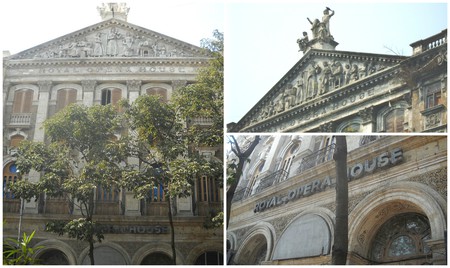 Following its inauguration, the Royal Opera House soon became one of the city’s most prized institutions. In its initial years, it catered only to the city’s elite and only staged operas. However, with changing tastes and difficulties faced by the opera house in maintaining the grandiose structure just based on profits from operas, it underwent modifications. By 1935, the opera house began to screen films as well as fashion shows. It hosted live theater performances by the likes of Prithviraj Kapoor, Bal Gandharva and Dinanath Mangeshkar, as well as several Bollywood performances.

However, with the growing popularity of other institutions in the city, the Royal Opera House began to run losses by the 1980s. Following a fashion show by designer Sangita Kathiwada in 1993, the opera house shut down. With the historic building having been ignored for more than a decade, the Maharashtra State Government announced in 2008 that it would begin restoration work – which was greeted with much appreciation by art and culture lovers in the city. It reopened on October 21, 2016.