A Brief History of the Marina Beach in Chennai, India 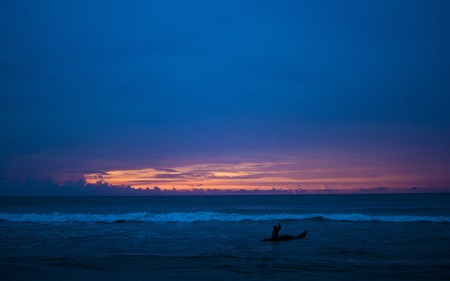 Sunrise on the Marina | © Balaji

Spreading from the mouth of the Cooum river in the north to the Lighthouse in the south, the Marina Beach is a 12-kilometer uninterrupted stretch of golden sands and foamy sea. Often regarded as the second longest beach in the world, this urban stretch in the coastal city of Chennai has a significant history that’s as old as the city.

Before the 16th century, the changing landscape of the coast was too premature to transform itself into the sandy beach that is seen today. There’s also evidence that when Fort St. George was built in 1640, the sea lay very close to its walls, lapping waves onto its ramparts. It was later, with the setting-up of the harbor, that the shore start accumulating sand thereby distancing itself from the sea. It is said that Sir Mountstuart Elphinstone Grant Duff, a British official, was captivated by the serene coast during his visit in 1870s. Later, upon his return as Governor General of Madras in 1881, he built a promenade along the beach with extensive layering, thereby modifying the landscape. The beach was thus given a facelift and an Italian name meaning harbor. 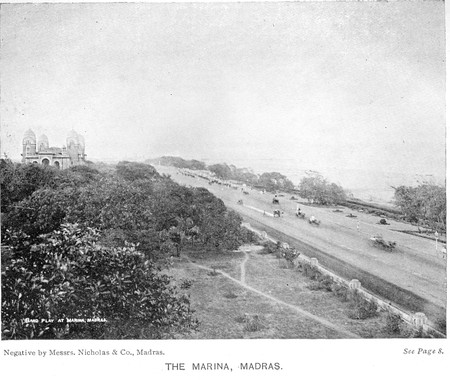 Buildings on the promenade

The 19th-century saw several landmarks being built along the promenade, facing the sea. Some of the most significant ones are the University of Madras, Lady Willingdon Institute, Queen Mary’s College and the All India Radio. Most of the city’s Indo-Saracenic architectural masterpieces can be found along this stretch, making a ride along this road incredibly scenic.

The country’s first aquarium, built in October 1909, is currently being renovated from its dank interiors to accommodate a state-of-the-art facility. One significant building close to the beach is the Ice House – erected in 1842 to store large blocks of ice imported from America. Following the construction of local ice factories, it was later converted into a home for Brahmin widows. The Ice house was renamed Vivekananda House in 1863 and now hosts several art displays and religious discourses. 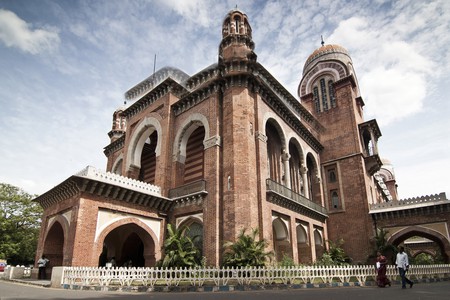 The statues and memorials on the promenade

A little after the Indian Independence, in the 1950s, two striking art installations were contributed by Debi Roy Chowdhury, an artist and the first Indian principal of the College of Arts and Crafts (earlier known as the Madras School of Arts and Crafts). The Triumph of Labour statue and the Gandhi statue became landmarks on the promenade. Statues of Tamil prodigies like Avvaiyar, Thiruvalluvar, Kambar, Subramania Bharati were installed on the beach marking the first World Tamil Conference in 1968. 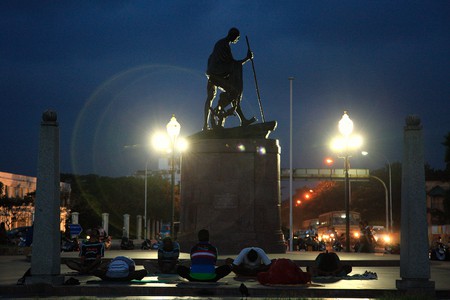 The statue of Kannagi, protagonist of the epic Silappadikaram, saw turbulent times when it was removed in December 2001 only to be later re-installed in 2006 following controversial debates. The latest addition to this assortment was the statue of Sivaji Ganesan, a veteran Tamil actor, in 2006. The beach, on its northern end has memorials built to leaders like Arignar Anna (1978), Marudur Gopalan Ramachandran (1988) and J Jayalalithaa (2016).

The 1960s saw several movies being shot on the Marina giving it character in addition to marking it one of India’s remarkable landmarks.

The films gave rise to people thronging the beach which eventually became the common man’s space for recreation. Back when the city did not have so much home entertainment, the Madras Marina was the go-to place in the evenings, and public holidays, and witnessed many people swarming its shores. Still, every year, the sands are chocked with enthusiastic people coming from afar to celebrate Kaanum Pongal, a Tamil festival of harvest. 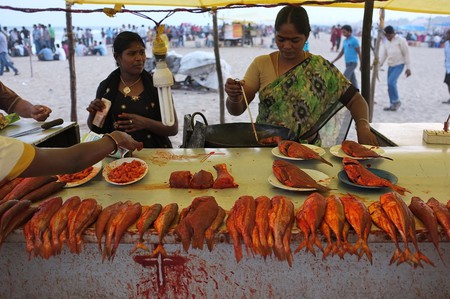 While the sultry afternoons see couples in search of privacy huddle close in the shade of fishing boats, the evening scene is a complete contrast. Street food carts, hawkers selling beach delicacies like the pattani sundal, merry-go-rounds for children and horses dotting the sand paints a picture of the kind of entertainment available on the Marina.

In February 2008, the Marina underwent a major face-lift with landscaping, architectural installations, seating areas, gazebos, skating rink and marble laid pathways. The stretch also has two swimming pools, the Anna swimming pool and the Marina swimming pool. Recently the Marina has also opened its shore up to parasailing. 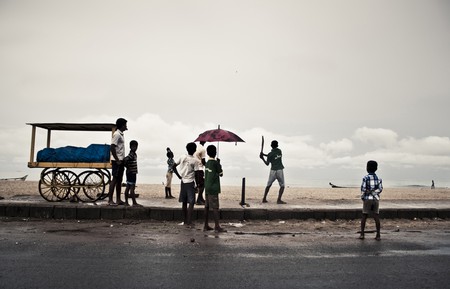 Children playing in the Marina | © Balaji

A ground for public gatherings and events

The Marina’s long stretch has invariably become the place for public gatherings and rallies. It was also the venue for public meetings during the Indian Freedom struggle (1857–1947). In an interview with The Times of India Dravidian historian Sangoli Thirunavukkarasu says that in February 1956, to discuss the creation of the southern states, an all-party meeting was held on the beach. And in January 1958, as part of the anti-Hindi agitation, a protest was held at the Marina.

In August 2003, Seerani Arangam – an open-air stage that hosted rallies – was demolished by the government and a Madras High Court order was issued to stop public meetings on the Marina. January 2017 saw the mass gathering of people from all over the state for six days protesting against a ban that was imposed on an old bull-taming, cultural sport called Jallikattu. In a bid to stop further congregation on Marina Beach, a prohibitory order under Section 144 had to be imposed in the interim. 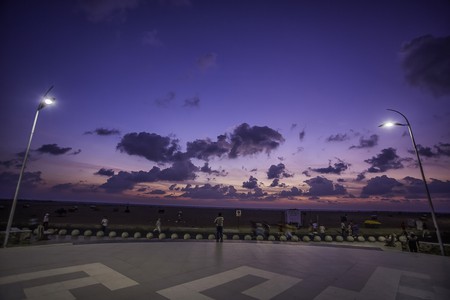 Incidents on the beach

In 1966, a cyclone in the area sank SS Damatis near the Marina whose remains are still said to be found underwater, near the coast. The beachfront was altered greatly when gigantic waves from the Indian Ocean tsunami hit its shore in December 2004. Huge loss of lives marked a black phase in the Marina’s history. In November 2012, an oil tanker, stranded due to the cyclone Nilam, ran aground. Several people thronged the shores to watch the mysterious ship. There was also an oil spill in January 2017 from the collision of two ships near the Ennore Port, north of Chennai, which resulted in serious ecological, biological and environmental damage to the coast-line. 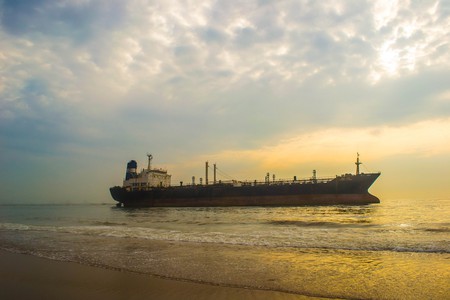