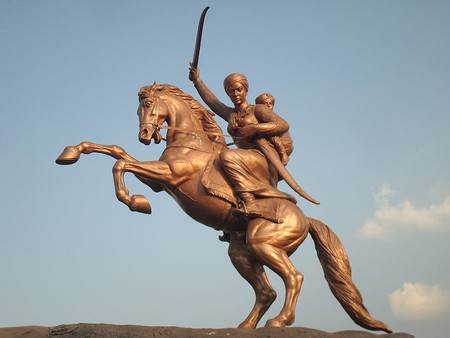 India has given birth to many girls who persevered through the struggle to become the shining women as we know them today. These women built the foundation for India, and they continue to empower future generations. From astronauts and diplomats to inspirational leaders, these women were brave enough to break the stereotypes and bring change to the nation. Read on to discover our list of trailblazing women that made history in India.

Being forcefully married at the age of nine, Phule realized firsthand the plight of many girls her age in society. This later influenced the child bride, along with her husband Jyotirao Phule, to stand up against the discrimination and exploitation of women prevalent at the time. Known as one of the first-generation modern Indian feminists, Phule went on to start the first all women’s school at Bhide Wada in Pune in 1848. Women falling prey to sexual harassment and those that became pregnant because of it were often found committing suicide or finishing off their newborns in fear of banishment. Seeing such cases, Phule decided to open a care center named Balhatya Pratibandhak Griha (Infanticide Prohibition House) for pregnant rape victims and helped to deliver their children. She died of a disease she caught while serving the patients of the pandemic bubonic plague. 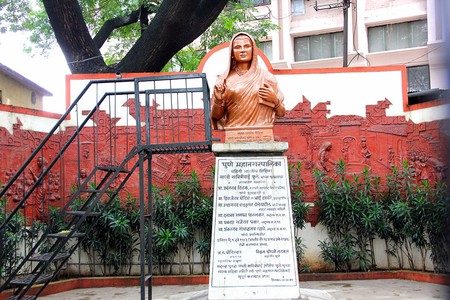 Bust of Savitri Phule in the grounds of Pune Municipal Corporation | © Chawla.nishant/WikiCommons

Mother Teresa was a Roman Catholic nun who dedicated her whole life to serving the poor and destitute. Taking formal religious vows in 1931, she chose to be named after St. Therese of Lisieux – the patron saint of missionaries. Deviating from the job she used to do as a teacher in a Christian school, she made her thoughts of serving the poor concrete and founded The Missionaries of Charity in Calcutta (Kolkata). She chose to wear an Indian white saree with blue borders out of respect for the country’s traditions.

Surviving with minimal income for a long time, she continued working selflessly. Steadily, she came to be recognized by local communities and political leaders of the country. She also started a center for the dying. Many times, she used to be the only person with them as they took their last breaths. In 1979, she was awarded the Nobel Peace Prize, and the funds she received with it were used for charitable projects. For her, service was the key principle of the preaching of Jesus Christ and often used His words: ‘Whatever you do to the least of my brethren, you do it to me.’ 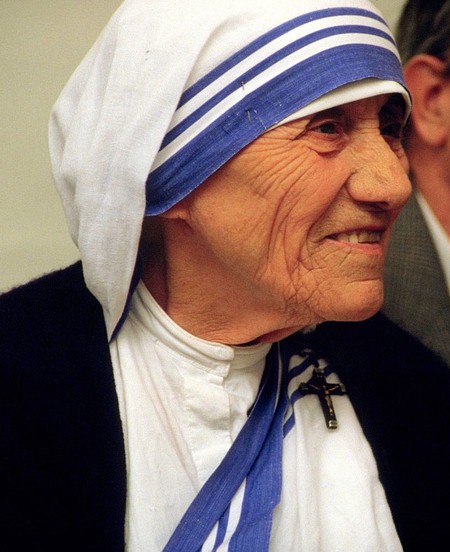 This courageous girl was married to the king of Jhansi since childhood. To protect the province from the British, the couple adopted a son who would grow up to become the rightful heir. However, when the king died, the British refused the appeal raised by Queen Lakshmibai to make her son the ruler. Fueled by the abject need to save the territory, the Queen of Jhansi began to spread her camaraderie and strengthen her army to fight the British Raj.

Irrespective of gender, her army was comprised of the toughest of men and women who volunteered to fight for their soil. After defeating the invaders of the neighboring provinces, the army gained the confidence and vested faith in their queen. At the start of 1858, the British headed their way to Jhansi. A battle which continued for two weeks resulted in favor of the British, but Lakshmibai fled with her son, Damodar Rao, to save his life. She is referred to as the ‘Icon of the Indian Nationalist Movement,’ whose story of immense effort became an inspiration to the coming generations of freedom fighters in India.

The first woman and second Indian to go to space was Kalpana Chawla. Chawla’s journey to become a NASA astronaut was all about her perseverance and hard work. After doing her early education in Punjab, she shifted to the USA to complete her Masters in Aerospace Engineering and also earned a doctorate in the same field. Her extensive work with NASA began in 1988, and her first chance to fly was on the Space Shuttle Columbia in 1997. Along with a crew of six, Chawla served as a mission specialist and primary robotic arm operator.

Chawla then got a second chance to fly as a part of the crew of STS-107. This was a crew of seven astronauts that flew out for a 16-day journey and completed more than 80 experiments. These experiments were part of Chawla’s microgravity research. But unfortunately, due to an ill-fated accident which happened just 16 minutes before the shuttle was supposed to land, the shuttle disintegrated over Texas while re-entering Earth’s atmosphere. She was posthumously honored with accolades and became a shining beacon of hope for girls in India. 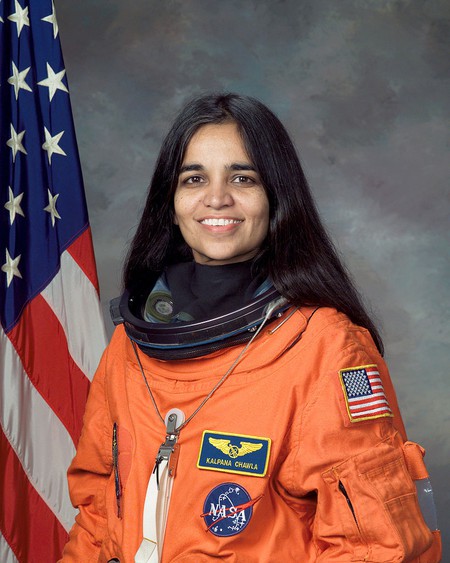 Pandit was the first woman to hold many titles in Indian politics. Being the first ever holder of a cabinet post, she was twice the president of the political party, the Indian National Congress, following India’s independence; she also entered diplomatic service and became the Ambassador of India to Russia, followed by the United States and Mexico as well. She has served as a Governor of Maharashtra for a span of two years in her late 40s.

She was also the first woman to become the president of the United Nations General Assembly. Under the guidance and severe critic of her brother, Jawaharlal Nehru, she accomplished many challenges efficiently. The last title she held was as the Indian representative to the UN Human Rights Commission, after which she retired from her public posts. 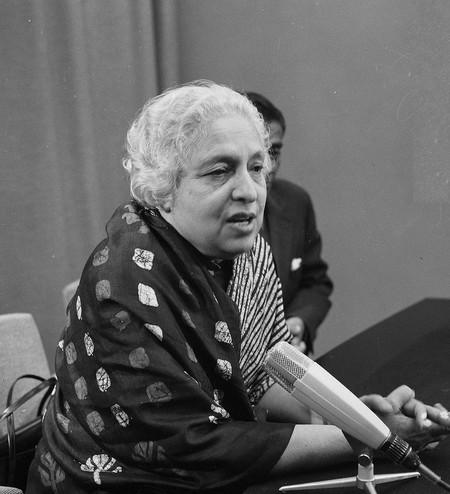 After getting rejected by eight private airlines, Mathur lost all hope that she would become a pilot. Even after clearing all the tests and acquiring her commercial pilot’s license, her applications were turned down because she was a woman. Disheartened, she finally got an interview call from Deccan Airways, Hyderabad. She impeccably finished the interview stating, ‘You won’t regret hiring me.’ She is also a winner of the National Air Race and the first British-Indian woman pilot license holder. She took up an occupation which wasn’t prevalent at the time, paving the way for many more girls in India to brave the steps up!

Ambitious and enthusiastic, Chandy rose above the life she was born into to become the first woman lawyer in her state of Kerala. She started by working as a barrister. Being referred to as a ‘first-generation feminist,’ she founded a magazine named Shrimati, which aimed to promote the cause of women’s rights. Eventually becoming the District judge, she went on to become the first lady high court judge of India. She held the post for nine long years. She also penned her autobiography, Atmakatha, leaving documented evidence of her achievements, which will continue to motivate future generations.