The Indian Cities That Are Older Than Time 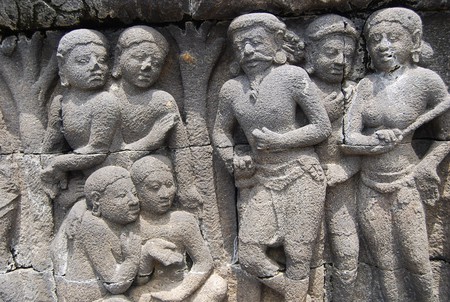 You may know that Indian civilization is old,but did you know that there are several cities in India that have been continuously inhabited for more than 2000 years? Here are some of the oldest cities and states.

The oldest continually inhabited city in India, Varanasi has been a center of religious and cultural activity since the Bronze Age Collapse. It might have been in existence even earlier, since it finds mention in the Rig Veda (c. 1700 – 1100 BC), and recent excavations in nearby sites suggest earlier estimates. For perspective, Varanasi was thriving more than 1600 years before the fall of the Roman Empire in Europe.

It is one of the holiest cities for two world religions — Jainism and Hinduism — and the Buddha himself gave his very first sermon in Varanasi in 528 BC. Hindus believe that dying in Varanasi brings salvation, which is why the city is always brimming with pilgrims. Of Varanasi, Mark Twain famously said: ‘[Varanasi] is older than history, older than tradition, older even than legend, and looks twice as old as all of them put together.’ 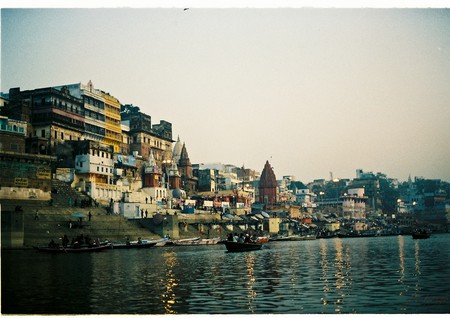 In the western part of present day Madhya Pradesh, Ujjain was once one of the most prominent cities in Middle India. It also finds mention repeatedly in literature of the period, in the works of stalwarts like Kālidāsa. It’s seen the rise and fall of numerous empires, from the Mauryas to the Avantis, Nandas, and even the Guptas. It is also considered one of the holiest cities in India and hosts one of the officially recognized Kumbh melas — the Ujjain Simhastha Kumbh. 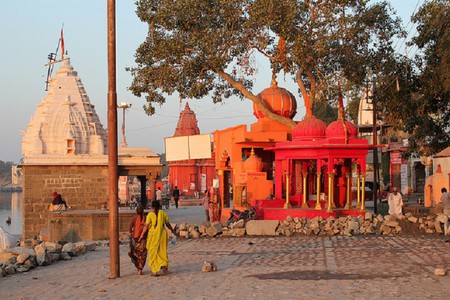 You’ve probably not heard of this particular city, but in ancient times, Rajgir was the first capital of the Magadha dynasty. This dynasty eventually evolved into the Mauryan empire, one of the largest empires anywhere in the world at the time. It’s located near present day Patna in Bihar, a region that has been culturally significant since before the common era. Rajgir is old enough to have found mention in the Mahabharata and in accounts of Chinese travelers like Faxian and Xuanzang. It’s famous today for the Vulture’s Peak, a site of pilgrimage which used to be the Buddha’s favorite site for retreat. Many of Buddhism’s most famous sutras were delivered here. It’s also home to the Saptaparni Cave, where the first Buddhist council was held after Buddha attained Nirvana. Additionally, it is the site of the mysterious Sonbhandar Caves, which are ancient caves believed to hold an underground treasury. 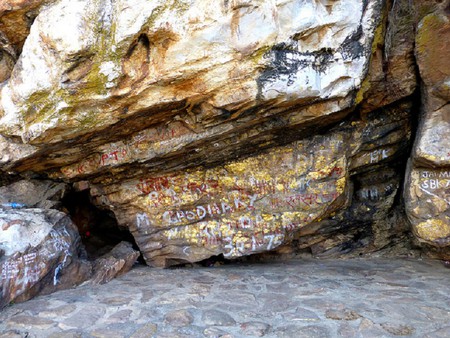 Vaisali was capital of an ancient state — the Licchavi Republic, which was also perhaps the first republic in the world. It preceded the Greeks by several hundred years. It was also frequented regularly by the Buddha, and his relics were interred at the Stupa in Vaisali in 483 BC (currently in the Patna museum). The ancient capital was located in present-day Bihar, and the religious text Vishnu Puran makes mention of its history. The last tirthankar of the Jains, Vardhamāna Mahavira, was born in this republic. It was said to be so prosperous and rich that it had 7707 pleasure grounds and an equal number of lotus ponds.

The relic Stupa at Vaisali | © wikicommons

Madurai has been a major center of culture and trade for more than 2500 years. It’s been mentioned in the writings of the great traveler Megasthenes and has been ruled by several empires ranging from the Pandyas and the Cholas to the Karnata, and finally the British. One of its ancient names, ‘Koodal,’ means ‘a congregation of learned men’, and Madurai was indeed, for hundreds of years, an epicenter of scholars and religious teachers in the southern part of India. The entire town is built around the world-famous Meenakshi temple. This is said to have been built around 600 BC and then was rebuilt in its present form in the 17th century.

While you may associate Patna with the heart of Bihar, its ancient roots go back 2500 years. It was earlier known as Pataliputra, as any mythology buff probably knows. It’s a popular spot for pilgrims of all religions because of its proximity to sites like Nalanda and Bodhgaya. It’s also the city where Guru Gobind Singh, the 10th guru of the Sikhs, was born. Patna found mention in the travelogues of Faxian, and the Buddha traveled across Patna in the last year of his life. The Buddha prophesied a period of ruin followed by prosperity for this ancient city. Megasthenes himself described Patna as the ‘greatest city on earth’ when he visited. 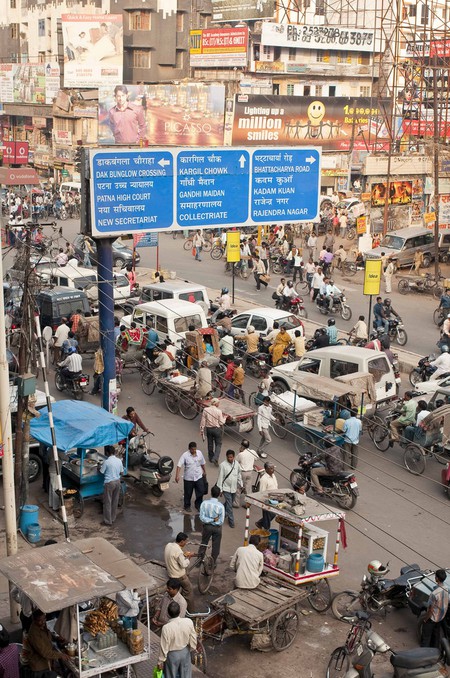 Formerly known as Tanjore, the beautiful city of Thanjavur is home to several important cultural sites. It’s also the home of the Tanjore style of painting (a traditional style that is characterized by the use of gold foil, religious imagery, and simple compositions). It’s best known today for being home to the Great Living Chola Temples, a UNESCO World Heritage site from the times when Thanjavur gained prominence as the capital of the Chola dynasty. 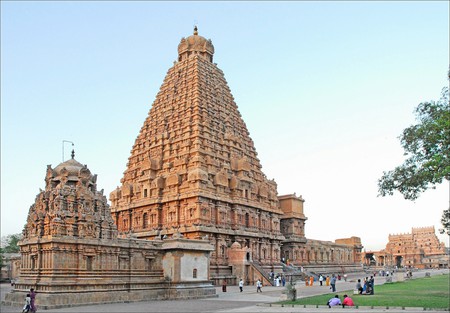 (This list is based on generally agreed timelines by eminent historians and archaeologists. This refers only to continuously lived-in cities, which is completely different from timelines regarding the first appearance of civilization in any of these areas.)