7 Beautiful Temples in Chennai You Must Visit 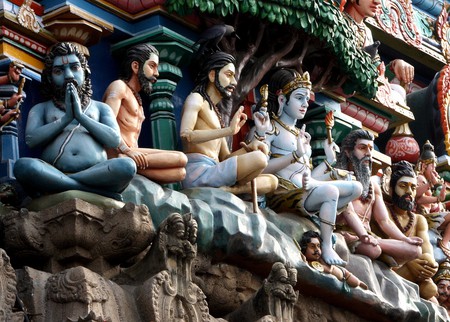 Chennai is dotted with a number of temples, some of which were built thousands of years ago. We take a look at some of the most beautiful temples you can’t miss while in the city.

According to history, it is believed that this temple was first located very close to the seashore, where it was either destroyed by Portuguese explorers or by sea erosion. The present temple, however, was built by Vijayanagar Kings during the 16th century. The front gopuram and the entire temple is an example of Dravidian architecture. Legend has it that Goddess Parvathi worshiped Lord Shiva in the form of a peacock in this temple. Another interesting fact is that Mylapore actually means the “land of peacocks” in Tamil. The temple also has a tank right behind it that hosts the annual theppam or float festival. Some of its most famous festivals, like panguni uthiram, bring in thousands of people from around the city. 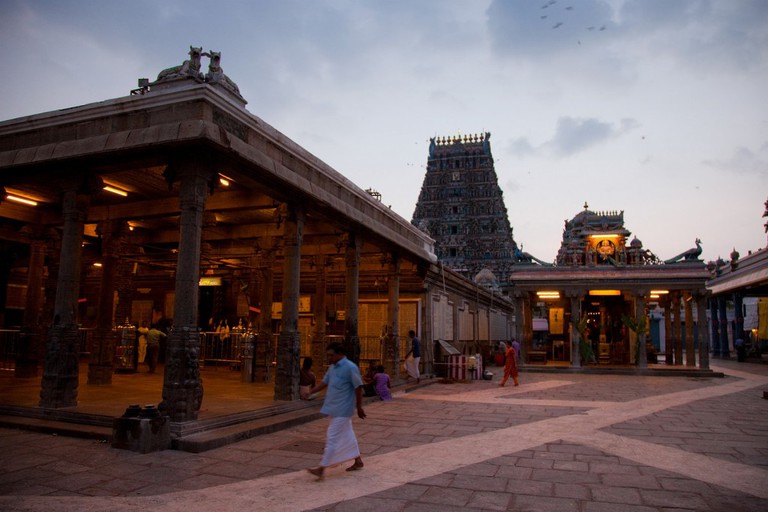 Dedicated to lord Vishnu, this temple in the heart of the city is believed to have been built during the 8th century by the Pallavas. With sunlight making patterns inside, the temple retains a majority of its ancient aura. The temple also has a number of inscriptions, sculptures, and murals dedicated to the mythological Kurukshetra war and has Lord Vishnu in three of his most iconic avatars: Narasimha, Rama, and Krishna. Parthasarathy means “Arjuna’s charioteer” in Sanskrit and the temple is located at Triplicane, AKA Thiruvallikeni, meaning “the tank with beautiful lilies” in Tamil.

Sri Chandraprabhu Jain Naya Mandir in Sowcarpet is indeed a beautiful place to be. Chennai does not have a long-standing history with Jainism and the temple is fairly new when compared to the other old Dravidian structures. With its white facade, intricately worked exteriors, and unique architecture, this temple stands out from the rest in its grandiose. Dedicated to the 8th Tirthankara, Sri Chandraprabhu Bhagwan, this temple’s architecture is greatly inspired from Rajasthan’s Dilwara temples.

With the main gopuram that’s seven stories high, Karaneeswarar temple in Saidapet is an old-world beauty. It also has a lovely looking temple tank, called Gopathi Saras. The temple has an interesting story behind it involving the holy cow Kamadhenu and the King of Gods, Lord Indra. Legend has it that Indra had to build a temple at this precise location to redeem his cow that was cursed into becoming a mortal by Sage Vashishta. Built in traditional Dravidian style, the temple has retained most of its old-world charm.
Address and Phone Number:
Suriyammapet, West Saidapet, Chennai, +09 8415 46668

Spread over a sprawling one-acre land, Marundheeswarar temple in Thiruvanmiyur is dedicated to Lord Shiva. Marundheeswarar, meaning the “God of medicines” describes Lord Shiva, who is worshiped as a healer of diseases. The temple has a very ancient history and inscriptions found here seem to indicate that it could belong to the 11th century. The very old vanni tree (Ghaf) is said to be the place where Sage Valmiki did his penance to Lord Shiva. The temple also has a beautiful, big tank and is one of the Trinity sea shore temples of Tamil Nadu, the other two being Kapaleeswarar temple in Mylapore and Thyagarajaswamy temple in Thiruvottiyur. 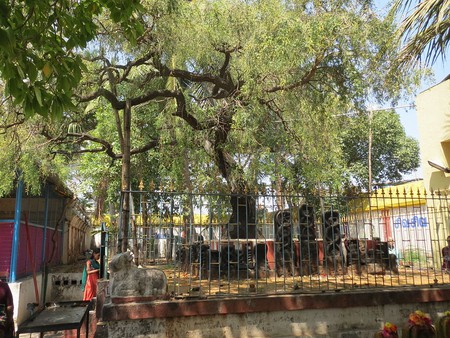 Dedicated to Lord Muruga, the Warrior God, this temple is located on one of the busiest streets of Chennai. Built only a few hundred years ago and covering a sprawling eight acres, this temple also has a beautiful tank known as “Saravanapoigai.” A truly beautiful temple in the city, it is said that the Lord Murugan idol in Kandha kottam was discovered by two devout merchants at Thiruporur.

Also located on one of the busiest streets in the city, this almost forgotten temple is a beauty in itself. Built a few hundred years ago by a merchant named Alanganatha Pillai, the temple also has a 300-year-old Ashvastha tree. The temple also houses a beautiful tank and the serenity of the temple can only be experienced in person. Lord Shiva here represents the element Earth and the entire temple has a number of sculptures and idols dedicated to different deities.