What To Know About Janmashtami Celebrations 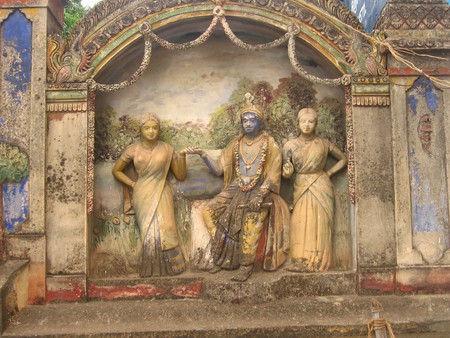 Shri Krishna Janmashtami, or the celebration of Hindu god Shri Krishna’s birth, is a grand affair in India. Known by over 100 different names around the world, Krishna is one of the most popular deities in Hinduism. The festival is celebrated under various names and with differing traditions in various parts of the country.

Shri Krishna, considered to be an avatar of Vishnu (one of the three main deities of Hinduism), was born to Devaki and Vasudev. However, as the story goes, he had to be taken to Nanda and Yashoda who raised him, due to a threat to his life.

Krishna was born during midnight, hence Janmashtami festivities span two days. Though it differs across the country, the first day is called Krishan ashtami or Gokul ashtami and is usually observed with fasting, followed by celebrations at midnight. The second day known as Kaal ashtami or more popularly Janam ashtami usually involves feasting, music and dance. 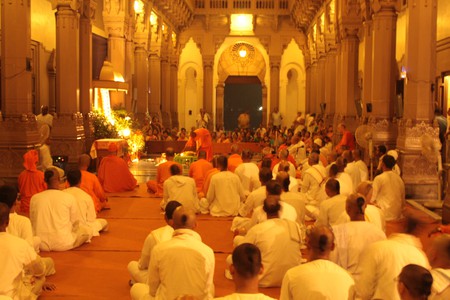 The festival, also known as Gokulashtami, Krishnastami, Krishna Janmashtami or Sree Krishna Jayanthi is celebrated in Tamil Nadu with recitations of the Bhagwadgita as well as devotional songs. People decorate their floors with kolams (designs, mostly floral, drawn with rice batter). Many folk draw the footprints of Krishna outside their house, sometimes starting from the local Krishna temple – indicating his arrival at their home. Offerings are made to Krishna in the form of fruits, butter (which he is said to have had a special liking for), as well as prepared snacks such as Seedai (a snack made out of rice flour, lentils and coconut), Sweet Seedai, and Verkadalai Urundai (made out of peanuts and brown sugar).

In Andhra Pradesh, young boys dress as Krishna and visit neighbors and friends. Fruits and sweets are offered to Krishna and then later distributed amongst people. Fasting during the festival is also a common practice. 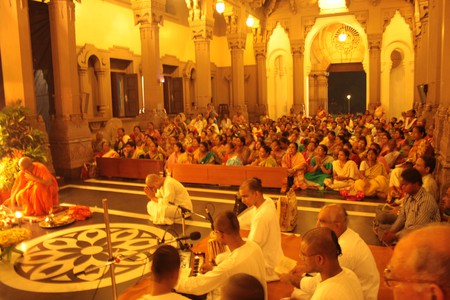 Celebrations In Gujarat And Uttar Pradesh

Janmashtami is a huge affair in the city of Gujarat, within the confines of which lies Dwaraka – an ancient city associated with Krishna. Night-long celebrations begin in advance and people engage in garba (dance), recitations of devotional songs and other festivities. Fasting is also quite common. Children dress up as Krishna and Radha.

In Mathura, the birthplace of Krishna, celebrations span across weeks. The city has about 400 temples dedicated to the god. The Krishna Janma Bhoomi Mandir, a large and majestic temple, built on the exact spot in Mathura where Krishna is considered to have been born, is central to the city’s festivities. The temple is decorated and hosts a variety of celebratory events. 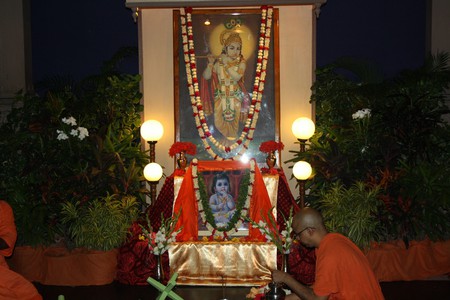 The Dahi Handi ritual, wherein groups of young men climb on top of each other to form human pyramids and attempt to break a pot of butter or curd suspended at a height of 20-30 feet or so from the ground, is one of the most characteristic traditions accompanying Janmashtami celebrations in Maharashtra. The ritual is a re-enactment, and even a tribute, to Krishna’s love for butter, which led him to steal butter stored in pots. The ritual is particularly popular in Mumbai where even Bollywood actors partake at times. 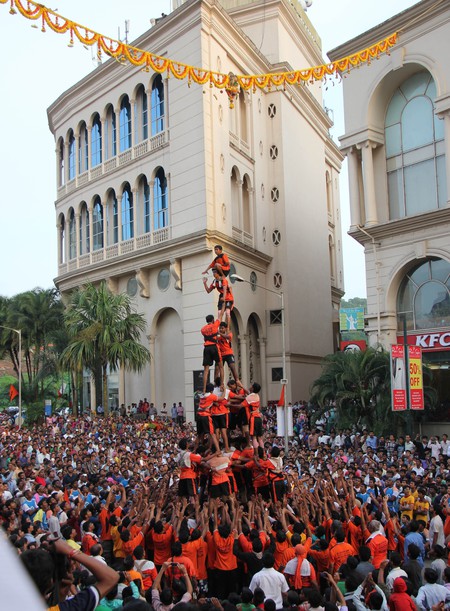