13 Things Only the Indians Say 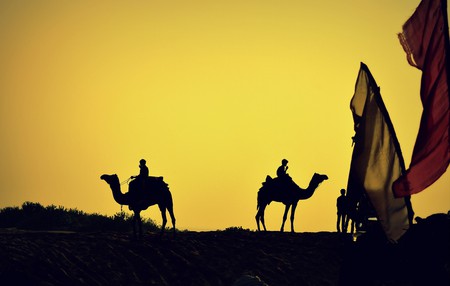 Some of the things that we say in India may not make any sense to an outsider, but these are also what make us so uniquely Indian. A few of them are literal translations from our native languages and others just something that our creative minds invented. Here are some of the things that you’d never hear anywhere else in the world other than in India.

If you’re interrogating someone about some misdeed and at once he says, “God promise, I didn’t do it,” you have no choice but to believe that person. But even one better than that is “Mother promise”. If you “Mother promise” to keep a secret and then go on to break it, then no force on earth can save you from burning in hell! In India, this really is the mother of all promises. 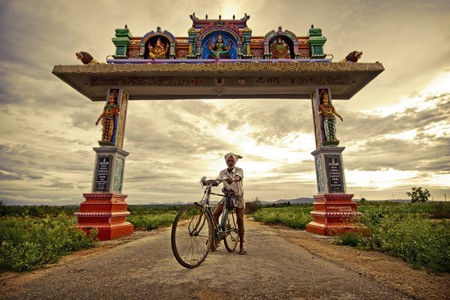 What is your good name?

Of course we know that your parents didn’t give you two different names, one of which was a bad name. When we ask you for your “good name”, all we’re doing is being super polite. This is how we start a conversation. Also, we use it because it’s a literal translation from Hindi. We’re just too lazy to make the necessary tweak.

This is another word-for-word translation from Hindi that is readily used when speaking in English as well. It’s a hyperbole showing how the other person’s constant nagging feels like your head is being chomped on. It’s probably close to the British English of “doing my head in”. 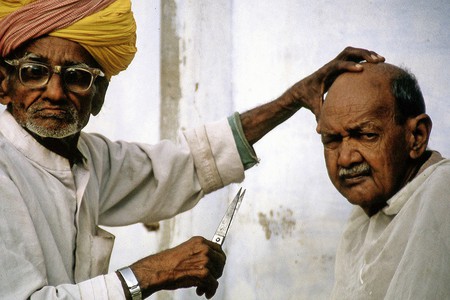 In India, everybody who looks older than you is either an Auntie or an Uncle. It doesn’t matter whether you know the person or you don’t, addressing them as Auntie or Uncle is a given.

“Side, please” is the Indian version of “Excuse me”, but it doesn’t apply in all the situations that the latter does. For example, “Excuse me, could you please tell me where the nearest bar is?” cannot be replaced with the Indian phrase. On the other hand if you’re asking the person in front to move aside so that you can pass through and get a beer first, then go ahead and say, “Side, please” and see how efficiently it works.

All the seats on the train are already taken, but then in comes a regular Indian and asks everybody to, “Adjust, please”. This basically means “Hey, scoot along a bit so that I can squeeze one of my butt cheeks in.” 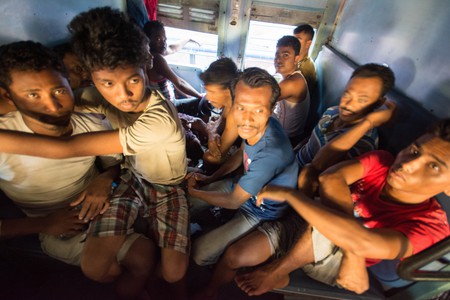 The English version of “yaar” is “dude” or “mate”, but in India, “yaar” can be used to communicate many more feelings. Depending on the tone used, it can express happiness, sadness, anger, disgust, excitement and any other emotions that you can possibly think of.

This one can be used on two different occasions – both not very pleasant. One to indicate that you can’t hear any sound and could possibly have gone deaf. Second, to suggest that your mind has blanked out. For instance, “I should’ve studied for the exam. Now nothing is coming in my head.”

Check if neighbour’s house has power

Whenever there’s a power cut in India, one of the first things that all parents tell their kids to do is to check if the neighbour has been affected too. It’s almost a reflex action. If the house next door is in the dark as well, we tend to breathe a sigh of relief. If not, it’s instant panic. 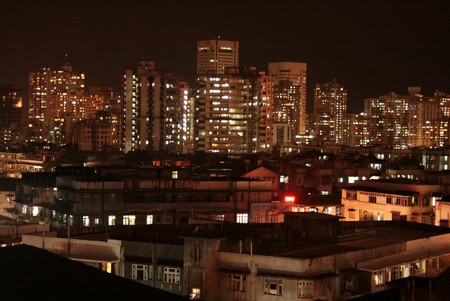 “Atithi Devo Bhava” is a Sanskrit phrase which means “a guest is equal to God” is not just something that we say but something that we believe in wholeheartedly. If you ever get invited to an Indian home as a guest, consider yourself very lucky.

This phrase is sort of similar to “Just like that” but it’s spoken with a lot more smugness. Why are us Indians the way we are? “Like that only. Any problem?” 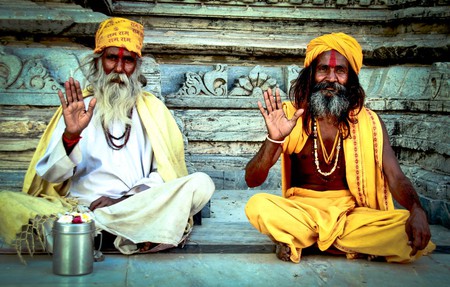 Holy men in India | © Nico Crisafulli / Flickr
Give us feedback