The 11 Best Bollywood Thrillers of All Time 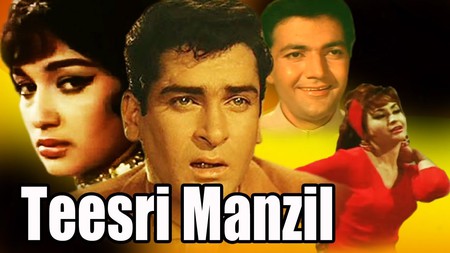 Here are our top picks for the most thrilling Bollywood films of all time. From having to spend a stormy night with a potential serial killer, to being left with a bomb which you have to detonate to save your family – the nightmarish scenarios that these Bollywood horrors will take you through are nothing short of bone-chilling.

This 1966 musical thriller stars Asha Parekh as Sunita, who stumbles upon a conspiracy while investigating the reasons that prompted her elder sister to commit suicide. If the murder, mystery and guaranteed adrenaline pump doesn’t compel you to watch this movie, then its legendary soundtrack should. From ‘Aaja Aaja Mein Hoon Pyar Tera’ to ‘O Mere Sona Re Sona Re,’ the film’s songs are ones we’re not done humming to – half a century later.

Rajesh Khanna’s chilling portrayal of an obsessive painter who accidentally murders his wife when she attempts to take him away from his painting, makes this movie immensely memorable. An ever deepening mystery film, Ittefaq is Bollywood’s remake of the American movie Signpost to Murder (1965).

A doctor finds himself stumbling into an eerie sequence of events after he encounters a mysterious hitchhiker named Sandhya one stormy night. One of Bollywood’s earliest commercially successful psychological thrillers, this film is best suited for a dark and rainy night!

Starring Dev Anand as Vinay, a young man who finds himself mistaken for a notorious jewel thief known as Amar, this action packed thriller is an absolute must-watch for fans of the Bollywood golden era. While Vinay decides to work with the police by impersonating Amar and thus infiltrating his crime ring, they soon realize that Amar’s got a few tricks up his sleeve as well.

An adaptation of Agatha Christie’s book And Then There Were None, this suspense thriller features eight people – each with an interesting back story – who find themselves winning a trip to a remote island at a contest. Mystery soon begins as they get murdered, one after the other. Featuring a star-studded cast and a still celebrated soundtrack, this movie is guaranteed to delight all.

This highly entertaining neo-noir film follows the youngest member of a criminal ring as he attempts to cheat fellow members and steal money they’d put together for a drug deal with a corrupt police officer. The film features a compelling debut performance from Neil Nitin Mukesh, and plenty of references and tributes to Bollywood noir films of the past.

This chilling movie is based on real-life serial murders that plagued Mumbai during the 1980s, where a still unidentified killer murdered up to 13 homeless footpath dwellers while they were asleep. Following a suspended police officer in his attempt to find the killer, and his growing restlessness as he edges too close to the latter, this film skilfully recreates the horror of the era.

Urmila Matondkar portrays a woman alone at home waiting for her parents’ return on a stormy night just as news of a serial killer on the loose breaks out. Bone-chilling and guaranteed to keep you on the edge of your seat throughout, the film manifests all your wildest fears. Kaun features spectacular acting from not just Matondkar, but also Manoj Bajpayee and Sushant Singh.

Dr. Aamir Ali has just returned from the United Kingdom to visit his family in Mumbai when he finds that a terrorist group has set him up with a bomb which he has to detonate in the city if his family, who have been held captive, is to be spared. With an utterly gripping performance by Rajeev Khandelwal, this critically acclaimed film thrills and terrifies.

Loosely based on ‘Quitters Inc.,’ a short story by Stephen King, the film follows K, a chain smoker portrayed by John Abraham, as he visits a rehabilitation center to quit smoking. Unsuspecting K soon finds himself under the control of a spiritual guru who notifies him of the severe penalties he will have to pay each time he gives in to his urge to smoke.

Ek Hasina Thi marks yet another must-watch film from Bollywood’s most compelling neo-noir director, Sriram Raghavan. The film follows a young woman’s journey from girl-next-door to vindictive murderer after she is duped by a boyfriend into going to jail for a crime she didn’t commit.