The 10 Best Cities in India for Nightlife 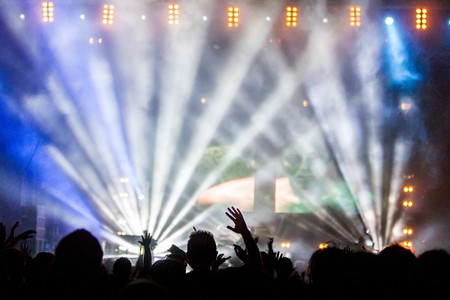 Crowd at a party | © daniel dinu/pexels

India is known all over the world for its rich culture and traditions. However, there’s a newly found side to this ancient country, and that is its colorful nightlife thriving in the cities. With the growing corporate culture and every second person being a youngster, pubs, discotheques, lounges, musical concerts and vibrant restaurants have found their way into the nightlife of India’s Gen Y. Care to get a taste of the same? Here’s our list of the top cities in India where you can head for a great party.

Up first on our chart is Goa. Well, this isn’t a city, but trust us when we say that every part of this state spells ‘party’ as the night starts to fall. With cheap drinks and a number of beaches, Goa is where you’ll have a good time, no matter what. Discos, beach parties, jazz concerts, full moon trance parties, rave parties – you name it and it’s there for you. Casinos are also quite famous here. Goa is one of the best places in the country for celebrating New Year. If you’re up for a never-ending party, then Baga beach is where you need to be.

‘The City of Dreams’ or ‘The Maximum City’, Mumbai has always gone by many names. Apart from Bollywood and glamour, the nightlife is also what the city is famous for. You’ll find some of the best known international celebrities, DJs and bands, doing the rounds at parties and entertaining the humongous crowds here. Insomnia at the Taj Mahal hotel is very popular for partying in Mumbai. Enigma, Fire n Ice and Totos are attractive too. For a vintage style party, head to Harbour Bar at Taj Mahal, but if casual is more like your thing, then the best place is Colaba Social.

If you’re someone who values variety in their nightlife, then the capital city is where you should go. From cozy pubs to sleek bars, Delhi has something for every taste, budget and mood. Connaught Place has a great number of bars and discotheques with casual settings and fun cocktails. However, if you wish to party in style, then Kylin Sky Bar in Vasant Kunj is the best place to head to. If you’re a bit of a karaoke enthusiast, then you absolutely must check out Harry’s Karaoke Lounge Bar at Hudco Place. You can also go to Hauz Khas Village, which has the feel of a small town full of fashion boutiques and lounges.

Being the IT hub of the country, Bangalore has a huge workforce of young minds from far and wide. The techies here surely know how to keep the work-party balance. That’s a probable reason why the city is also called the pub capital of India – central M. G. Road alone consist of over 40 pubs. If you love beer, then Bangalore would be the best place to party as it has a great many happening brewpubs and cool places to go with friends and colleagues.

Tonight we're taking over @xubangalore for a Saturday night exclusive! Hit the BOOK NOW button for Guest-list link or Inbox your names! #AnswerMusic 🔥🙌🏼

The city of Pune has lounges, clubs, discos and pubs in abundance. Here, wild parties go on all the year round, and rock shows and musical concerts are held every night. A large part of Pune’s population are students, hence such a vibrant nightlife. Much like Bangalore, brewpubs are hot and hip in Pune as well. There are also a number of themed bars, which are quite an attraction for the youth here.

Partying in Hyderabad guarantees the most sparkling night out. With numerous clubs, discos and lounges, you’ll be forced to spend the night guzzling some fun cocktails and dancing all the way to great music. Rain Escape, Hard Rock Café, Touch, F Bar, 99 MHz and Under Deck are some of the best places to have fun in the city. While you’re here partying, you’ll be among professionals, Hyderabad being the second IT hub in India, after Bangalore.

For a frisky and energetic nightlife experience, there’s no better place in India than Chandigarh. Just like the lively people of Punjab, the nightlife at Chandigarh is full of energy too. No matter what place you go, Punjabi music will dominate the parties here. Oriental Lounge, Zinc Lounge, Arizona, Lava Bar, Vintage Terrace Lounge Bar and Antidote are some of the most known places to experience a fun-filled nightlife. If clubbing is your thing, then at Chandigarh you’ll encounter thrill to another level.

Famous all across the world for its magnificent forts and palaces, Jaipur is also a place to experience an amazing nightlife. An increasing number of nightclubs and bars are cropping up here, with concerts and dance shows being held on a regular basis. Jaipur Lit Festival is also held here, which is like a huge city-wide party. Popular places to explore include Devil’s Club, Café Kooba, Venom Lounge, Amigos Bar & Discotheque, B2B, and Angara Wavs.

Kolkata is where you get to see a great blend of traditions and modernism. The same is well reflected in the city’s nightlife too. The thriving party scene of the city encompasses various music genres like jazz, hip-hop, blues or disco. The most famous and happening of all nightclubs in Kolkata is Tantra, which is located on Park Street. However, you can also explore other known bars and pubs like Bluzz and Aqua.

Best known for the superbly brought together Sula Festival, the city of Nashik in Maharashtra is now gradually turning into a cultural hub. As the city is also famously called the wine country, you’ll find some great places to party and spend fun time with friends. The electronic music festival, Sunburn Reload, has also been hosted a couple of times here. All in all, Nashik is nothing short of a fantastic party place.