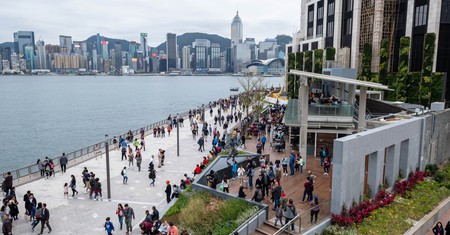 A bustling commercial, dining and nightlife hub, Tsim Sha Tsui lies just across the water from Hong Kong Island’s Central District. Get to know the history of Kowloon’s most vibrant neighbourhood with this whistle-stop tour of Tsim Sha Tsui. 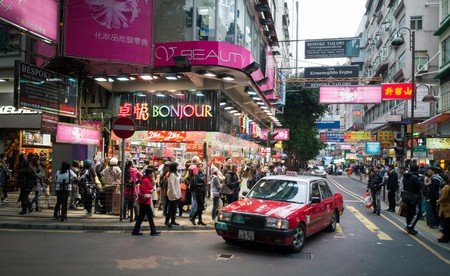 The past 160 years have seen Tsim Sha Tsui undergo a transformation. Before Kowloon became part of the British Crown Colony in 1860, this was a quiet area made up of small fishing villages and quaint seafront piers. With the growth of transport and trade in Hong Kong in the late 19th century and the city’s subsequent rise to become a global financial powerhouse and celebrated tourist destination, Tsim Sha Tsui grew to become one of the liveliest business and entertainment districts in Kowloon. 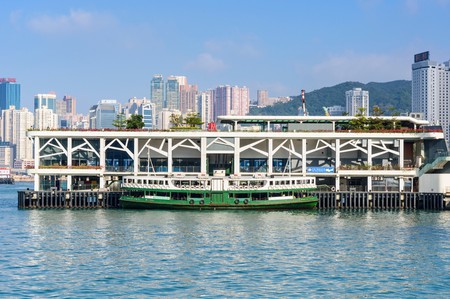 The Star Ferry revolutionised travel between Hong Kong Island and Kowloon. Before the establishment of the ferry service, people had crossed Victoria Harbour using traditional, slow-moving Chinese boats known as sampans. This changed when Parsee merchant Dorabjee Naorojee Mithaiwala began a ferry service in 1888, which he named the Kowloon Ferry Company. The next year, British businessman Sir Catchick Paul Chater purchased what had grown to become a fleet of four ferries, and the service became known as the Star Ferry Company.

Today, a fleet of 12 green-and-white ferries carry over 70,000 passengers daily from Tsim Sha Tsui across Victoria Harbour to the Central and Wan Chai ferry piers on Hong Kong Island. A ride on the iconic Star Ferry offers unobstructed views of the iconic skylines of both Kowloon and Hong Kong Island, making this short hop across the harbour one of the world’s most scenic commuting routes. 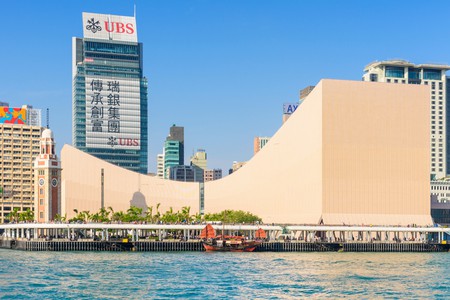 In 1915, the 44-metre-tall (144 feet) Kowloon-Canton Railway Clock Tower was built on the southern shore of Tsim Sha Tsui as part of the Kowloon-Canton Railway terminus, where millions of immigrants from mainland China passed through to begin new lives in Hong Kong or other parts of the world. Despite considerable protest, the celebrated station building was demolished in 1977 when the station relocated to another part of Kowloon. The clock tower, made of red brick and granite, was preserved, however, and now enjoys a prominent position on Tsim Sha Tsui’s elegant waterfront. At the site of the former railway station, you’ll now find the Hong Kong Museum of Art and Hong Kong Cultural Centre. 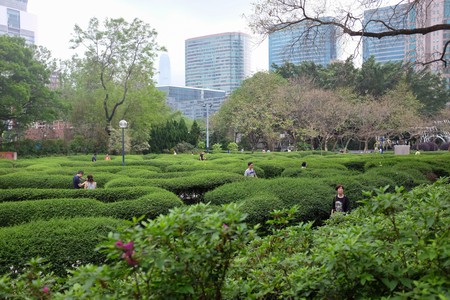 Once the site of Whitfield Barracks, a British military facility with a battery built in the 1890s, Kowloon Park is an oasis of green amid Tsim Sha Tsui’s frenetic streets. In 1970 – three years after the British returned the site to the Government of Hong Kong – the land was transformed into a 13.3-hectare public park, complete with a lake and aviary. David Trench, who was the British governor at the time and officially opened the park, described the new park as “perhaps the closest thing we have in Hong Kong to a traditional landscaped English park”. You can learn more about the park and the area’s history at the Hong Kong Heritage Discovery Centre, which occupies the restored Blocks S61 and S62 – the only two buildings that remain from Whitfield Barracks. Nearby at the corner of Haiphong and Nathan Road stands the Kowloon Mosque and Islamic Centre, Hong Kong’s largest mosque.

Shop and dine at 1881 Heritage 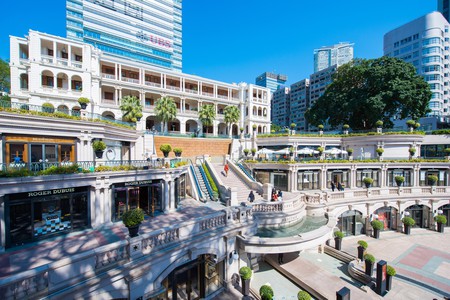 Though named 1881 Heritage, this neoclassical compound was in fact completed in 1884. After serving as the Marine Police Headquarters until 1996, the beautifully preserved Victorian-era site is now home to a shopping mall, a historic hotel named Hullett House, restaurants and an exhibition hall. At the north end of the compound stands the former main building of the Marine Police Headquarters. Inside it, you can see the cells where the police once held pirates and smugglers, and coops on the walls of the courtyard where pigeons used for ship-to-shore messaging were kept.

Combine history and luxury at The Peninsula Hotel 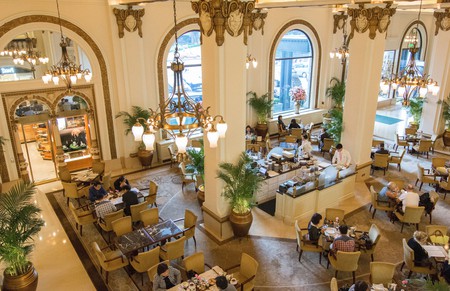 Opened in 1928, The Peninsula Hotel was founded by members of the Kadoorie family – an immensely wealthy and powerful real estate dynasty. At this time, Kowloon was the final stop on the trans-Siberian railway, while across from the hotel lie the quays of Tsim Sha Tsui, where passengers would disembark from mammoth ocean liners. The Kadoories created the luxurious Peninsula with a vision for it to be “the finest hotel east of Suez”, a namesake it certainly lived up to at the time.

In 1942, when the Japanese defeated the British in World War II, the Peninsula was renamed the “East Asia Hotel” and used by Japanese dignitaries and military officers. The governor of Hong Kong at the time – Sir Mark Aitchison Young – surrendered at the Japanese headquarters, which were located on the third floor of the hotel, and was held for two months in one of the hotel’s suites before being transferred to a Shanghai prison. Today, after an expansion in 1994 and upgrade in 2012, The Peninsula remains at the top of its game as a Hong Kong icon that marries the best of colonial and modern architecture.

Get lost in Chungking Mansions 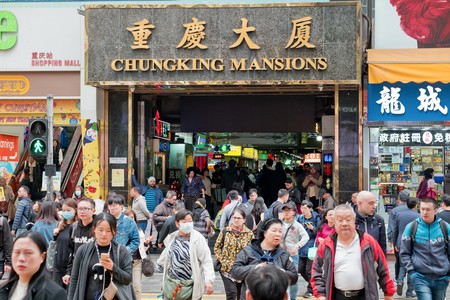 Built in 1961, and once home to primarily Chinese residents, Chungking Mansions has evolved to become an intriguing, vibrant gathering place for members of Hong Kong’s South Asian, African and Middle Eastern communities. Today, the lower levels of the 17-floor building are akin to a bazaar, with curry restaurants and foreign exchange offices jostling for space with sari shops and African food stores. The structure also contains the largest number of budget guest houses in a single address (amounting to just under 2,000 rooms in total) and is a popular place for budget travellers and backpackers seeking affordable holiday accommodation in the heart of Tsim Sha Tsui.