The Best Festivals in Shanghai 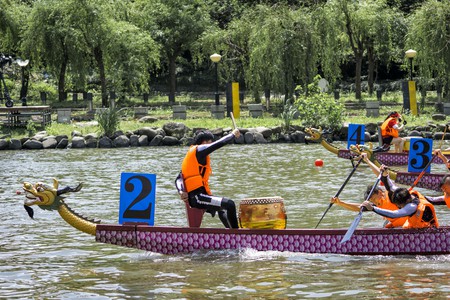 As China’s most cosmopolitan city, Shanghai hosts a range of year-round festivals. From explosions of flowers to mighty food feasts, this metropolis’s cultural calendar is packed to the brim with revelry.

Shanghai’s Peach Blossom Festival celebrates the blooming of the city’s peach trees, marking the arrival of spring. Every year in late March, the entire city is tinted pink as the air is filled with the sweet aroma of emerging flowers. The trees can be found throughout Shanghai, most photogenically between the mega-development of Pudong and the charming former French Concession. Festivities are held to mark the occasion and include live performances. The most popular parks to witness this glorious event are Shanghai Nanhui Datuan Peach Blossom Park, Century Park and Nanhui Peach Blossom Village. Bring your camera. 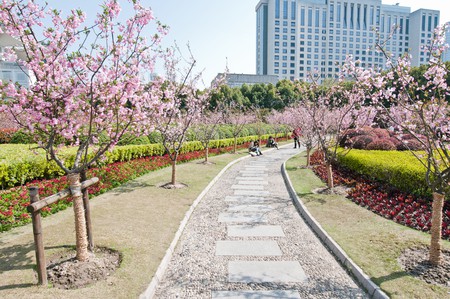 The Shanghai International Literary Festival is the biggest books festival in China. The one-week event, which is held at the popular Bund restaurant M on the Bund, hosts discussions and interactive forums with established and emerging Chinese and international writers. Big names including Kiran Desai, John Banville, Amy Tan and The Simpsons creator Matt Groening have attended in the past.

Shanghai’s Dragon Boat Festival is one of the most exciting celebrations in China. As the name suggests, the star attraction at the festival, which takes place every year on the fifth day of the fifth lunar month, is the thrilling dragon boat race. Head to Suzhou Creek to watch these colourfully decorated wooden boats race to the finish line. It’s an exhilarating spectacle, with thousands of people cheering on their friends and loved ones to glory. The winning team’s prize? Good luck for the following year. 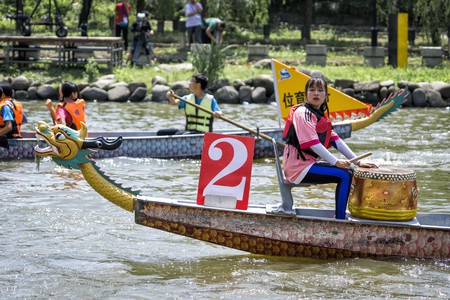 The Shanghai International Film Festival (SIFF) is the most prestigious film event in all of China. Most of the movies are more independent than mainstream, but big Hollywood names occasionally enter for a coveted Golden Goblet. SIFF is an artistic celebration of Chinese stories and storytellers, promoting homegrown talent. This event brings more than 500 films from around the world to the big screens in Shanghai, making it one of the biggest festivals in East Asia. For about 10 days, these movies are played in more than 45 cinemas across the city. Tickets go on sale early in the month. Book early to get first dibs on the most popular screenings. 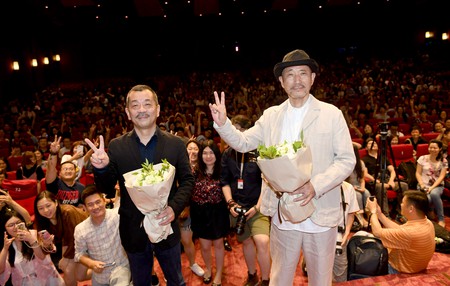 Since launching in 2013, PHOTOFAIRS Shanghai has grown to become the most highly anticipated photography fair in the Asia-Pacific region. Though it features work from more than 50 galleries across 16 countries, organisers have recently dedicated more space and focus to Asian photographers. This is part of their mission to foster a greater interest in regional photography, giving local talent a platform to share their vision with an international audience. 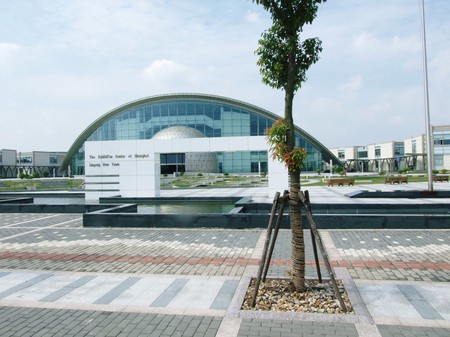 Like the Dragon Boat Festival, the Mid-Autumn Moon Festival follows the lunar calendar. Instead of intense rowing battles on the river, there are moon cakes – lots and lots of moon cakes. Traditional flavours include red bean and lotus seed with an egg yolk. At this festival you can let your imagination run wild and try fancy moon cakes made with pandan, seaweed and even caviar. Grab a beautifully designed box of these treats at any five-star hotel (or even a Starbucks), then find a spot on the Bund or one of Pudong’s observatories to gaze at the bright mid-autumn moon. For a more local moon-cake experience, check out Xing Hua Lou on Fuzhou Road, near the Bund.

Get jiggy with it at JZ Festival

JZ Festival is one of the largest outdoor music festivals in all of mainland China. This annual jazz event is held near Shanghai’s South Bund. It features seven live stages, where top musicians from around the world come to perform. In past years, acts such as Joss Stone, Dee Dee Bridgewater and Kenny Garrett have played the festival. 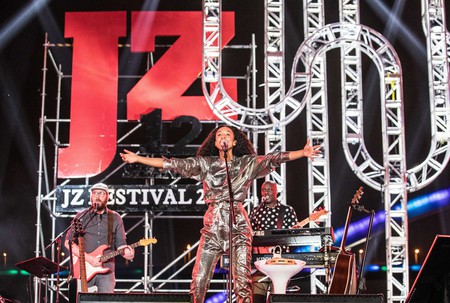 West Bund Art & Design started out small but has grown considerably larger year on year. Starting out as a boutique art fair, today it features more than 100 galleries from all corners of the world, featuring powerhouse names like Gagosian and David Zwirner. Located in the industrial West Bund area, the popularity of the fair has helped the development of other cultural sites by the waterfront – the most significant being the West Bund Art Museum.