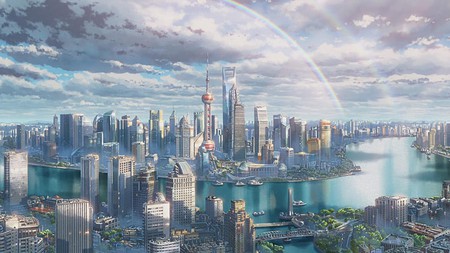 The new movie by CoMix Wave Films, the Tokyo-based animation production studio behind the 2016 global blockbuster Your Name, is going to be set in China, the studio announced in February.

The new anime movie, named Shikioriori, is going to be an anthology respectively focusing on life in Beijing, Shanghai, Guangzhou. The film will be produced in partnership with Shanghai-based animation company Haoliners Animation League. Different from the previous movies by CoMix Wave Films, which have mostly been helmed by Japanese director Makoto Shinkai, Shikioriori is going to be directed by a team composed of two Chinese directors, Li Haoling and Yi Xiaoxing, and Japanese director Yoshitaka Takeuchi.

Li Haoling, who is also the founder of Haoliners, will direct the segment “Shanghai Love,” a love story between two childhood playmates based in his hometown Shanghai; Yi Xiaoxing’s story, “Sunny Breakfast,” is also based on his personal experience, as a migrator in Beijing who yearns for his native land; Yoshitaka Takewuchi has been taking part in the production of many of Makoto Shinkai’s films including Your Name. Shikioriori is going to be the first anime movie he directs. He wrote the Guangzhou-based story, “A Small Fashion Show,” based on his observations on the Guangzhou streets.

According to Crunchyoll, Haoliners produces almost half of China’s domestic animation. It was only founded in 2013, but swiftly expanded into Japan in 2015, establishing a subsidiary studio in Tokyo called Emon.

Though it seems that Shinkai is not directly involved this time, the movie’s official Twitter account, however, has released three amazing film artworks which are totally Shinkai-style.

The artworks resonate with the Makoto Shinkai photo filters that went viral among Chinese youths during the screening of Your Name in China. The filters, authorized by Your Name and installed on Chinese app Everphoto, could magically turn any photo in your phone, no matter how dull it can be, into something which looks like a frame from Shinkai’s romantic movies. Now the Chinese netizens’ sweet wish of turning their life into a Makoto Shinkai movie seems to be finally coming true. No wonder the posts that reported the news on Weibo, Twitter-like Chinese social media platform, have generated tens of thousands responses and reposts. 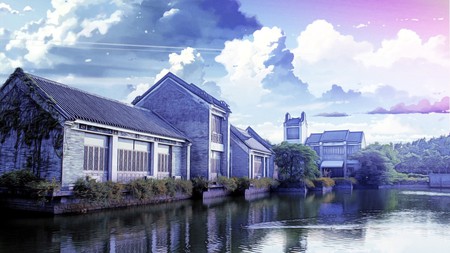 “The ‘every frame can be a desktop photo’ series [This is a common praise from Chinese audience on Shinkai’s works] will finally come to my home!” @-Yuexiuya-

“The picture that depicts Guangzhou looks really authentic. It was just five days ago that I walked past the Canton Tower with my mind blown by the design of that building. This is the first time that I clearly feel the charisma and power of animation.” @Aiba_dato.

Some, too, have also already thought up the nicknames for the movie, such as “Your House” and “Ten Grand Per Square Meter,” suggesting that housing, or more precisely the lack of housing, is a major issue of these three most developed Chinese cities.

Shikioriori is scheduled to be released in Japan in summer 2018.