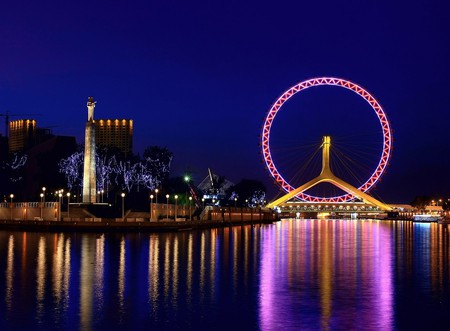 Located next to Beijing, Tianjin has a dialect similar to Chinese Mandarin, except for the difference in intonation and a few unique slang words and phrases. However, as the old saying goes, ‘a miss is as good as a mile.’ No matter how well you’ve mastered Mandarin, it can still be a tricky mission to blend into Tianjin communities with their dialect. Here are a few tips on how to learn the dialect easier.

The essence of the Tianjin dialect is its distinctly recognizable accent. While there are four major tones in Chinese Mandarin, the Tianjin dialect seems to prefer three of the tones over the first one (the high and level one). This preference makes the dialect sound sloppy and even a bit unhappy. The four main tones are stipulated mostly to make it easier pedagogically – the real pronunciations, especially that of Chinese dialects, usually have more than four tones, which adds even more difficulty to accent learning.

However, there are some general rules to follow. For example: Tianjiners tend to reverse the pronunciations of initials ‘z, c, s’ with ‘zh, ch, sh’ (for more about Chinese Pinyin, click here). This means they say ‘ci fan‘ instead of ‘chi fan (吃饭, eating)’. They also often omit the ‘r’ initial, pronouncing ‘肉 (rou, meat)’ as ‘you’; or add an ‘n’ sound to open-mouth finals that start with ‘a’ and ‘e’, saying ‘wo nai ni‘ (‘I love you’), when the pronunciation in Mandarin is ‘wo ai ni’.

Other than the difference in tones, Tianjin dialect can also be different from Mandarin in its unique slang. Here are 11 of the most representative phrases. Some slang, like ‘嘛 ma’, ‘哏儿 gen’er’ and ‘煎饼果子 jian bing guo zi’, are so famous nationwide that most Chinese can easily tell that you are speaking like a Tianjin local. 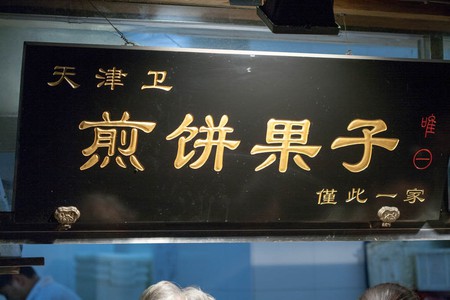 What is the best way to learn Tianjin dialect?

It’s a universal rule that a language is best learnt in the real world. The best way to speak an authentic and fluent Tianjin dialect is to learn it in Tianjin. However, if it’s inconvenient for you to come to Tianjin for the time being, there’s an ideal alternative thanks to the fact that Tianjin is rich in crosstalk (comedy) culture. As one of the three origins of Chinese crosstalk (相声, xiang sheng), Tianjin to date has quite a few teahouses that put on regular crosstalk performances by local artists. Tianjin is also the birthplace of many nationally famous crosstalk masters, such as Ma Sanli, Hou Baolin and Guo Degang. The primacy of Tianjin crosstalk has even enhanced the link between the city and the concept of comedy, leaving Chinese people with the impression that Tianjin dialect is funny. It’s fair to say that by listening to Tianjin crosstalk, you will not only have a better grasp of the Tianjin dialect, but also the comical spirit of Tianjin. 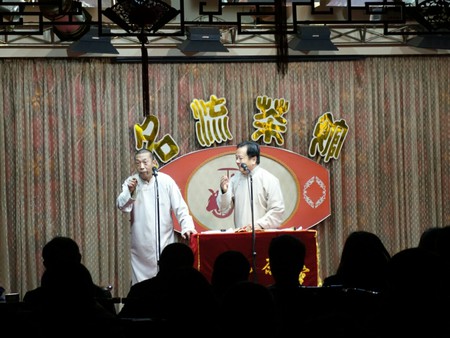 A city full of humor

Trying to decide if the Tianjin dialect sounds humorous because it comes from a humorous city or the other way around is like trying to decide if the chicken or the egg came first. What people believe today is that the Tianjin dialect and the easy-going character of the city are an inseparable whole. Tianjiners’ carefree lifestyle is nationally known. While people in other parts of China avoid getting drenched in heavy downpours during the rainy season, Tianjiners are either playing with inflatable animal pool floats in the flooded streets, using their motor boats to run errands and commute to work, or trying to catch the fish that are swimming up the streets.