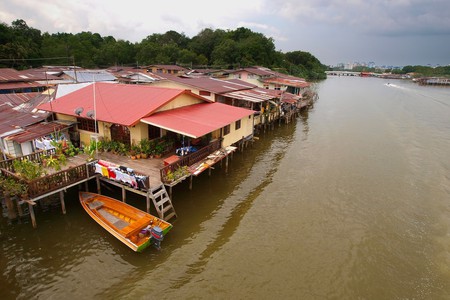 Speedboat outside a house in Kampong Ayer | © Nicram Sabod / Shutterstock

When we think of stilted bungalows, we picture the Maldives. But Brunei’s overwater mini-city isn’t about luxurious vacations; the centuries-old Kampong Ayer has and still does house many of the capital’s residents. Here’s the fascinating story of the mini-metropolis sprawling above the Brunei River.

The city on stilts

Unlike other floating villages in Southeast Asia, the one in Bandar Seri Begawan resembles more of a mini-city than anything else. A whopping 38 kilometres (23.6 miles) of wooden and concrete boardwalks connect the 42 or so villages. Timber houses with sun-faded exteriors sit next to mosques, schools and restaurants. Children sit in classrooms as old men fish from their verandas. Speedboats carry the local police force and fire brigade as well as passengers around the maze. Everyone has access to electricity, running water and television. And of course, Wi-Fi is available throughout! Some residents spend most of their lives above the land while others commute by boat to work in the city centre. 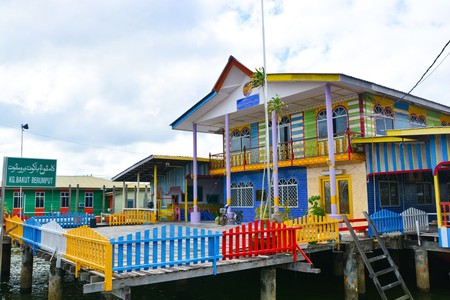 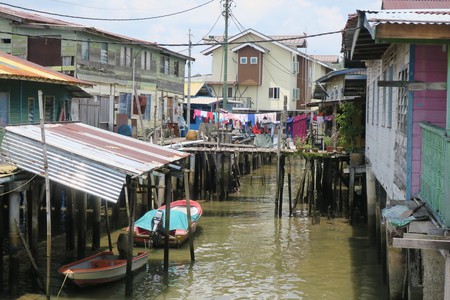 The original ‘Venice of the East’

Flashback five hundred years to the European Age of Exploration. Portuguese Ferdinand Magellan travelled with Venetian scholar Antonio Pigafetta. When they sailed near Brunei in 1521, Antonia saw similarities between the stilted village and his hometown. While the houses in Kampong Ayer stood over the river, wooden boats ferried residents and merchants from one floating village to the next. Just like in Venice.

Today, the term refers to more than 40 destinations in places as diverse as China and Thailand to Iraq. Almost everywhere surrounded by water, rivers or canals earns this clichéd title. But Brunei’s was the original and still holds a much deeper significance. 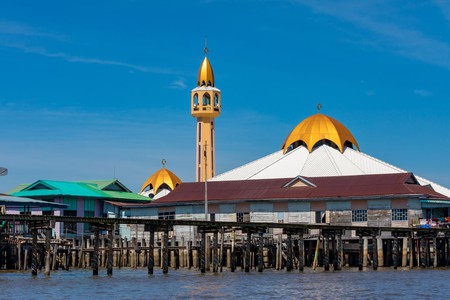 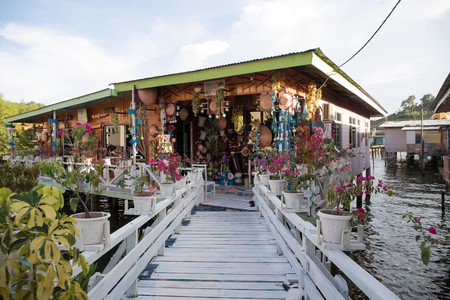 According to records made by ancient Chinese merchants, Bajau Sea Nomads built houses above the Brunei River more than 1,000 years ago. Over the centuries, this grew and expanded into a series of loosely connected villages and neighbourhoods. By the time the Europeans arrived, Kampong Ayer was the centre of the Bruneian Empire.

Everyone from wealthy nobles to peasants lived in the floating village. They didn’t build their houses on the muddy and swampy river banks. Until the arrival of the British in the 19th century. Early colonials unfamiliar with the traditional river lifestyle began to encourage the residents to move onto land. As the decades passed, more people gave up their ancestor’s way in exchange for life on land. In the early 1900s, more than half of the population still lived in Kampong Ayer. 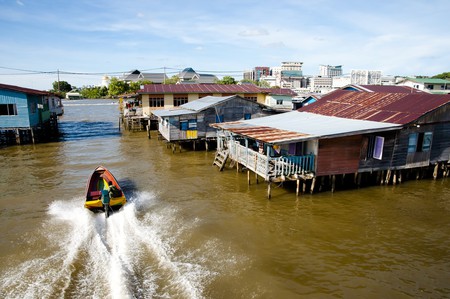 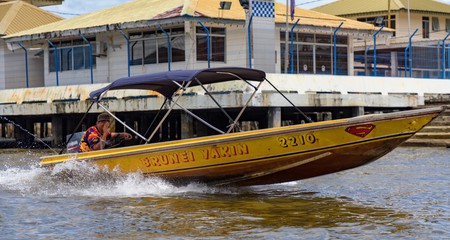 Despite its appearance, not everyone maintains a traditional lifestyle. The flashy cars parked along the Waterfront belong to the wealthier residents who live in two-storied concentre houses. They live in Kampong Ayer’s more exclusive neighbourhoods away from the shanty towns, corrugated roofs and weathered exteriors. Both areas become apparent when walking over the boardwalks. Sadly, Kampong Ayer’s population is in decline as more than half the residents have moved to land in the last 40 years. Those who resisted the pressure to move onto the land keep the ancient customs and traditions of the former Bruneian Empire alive. 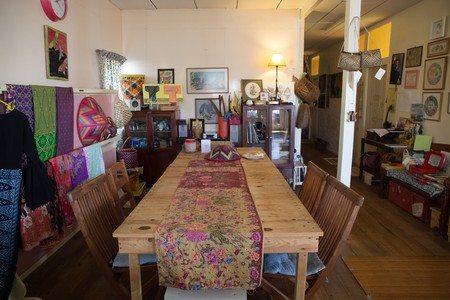 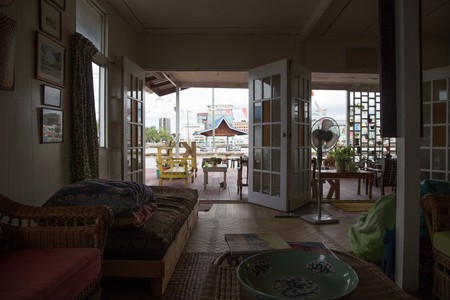