The Prince of Brunei's Instagram Will Have You Swooning 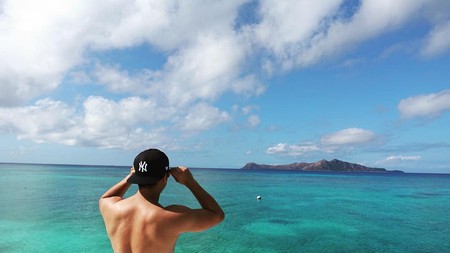 From Prince Harry to Crown Prince Hamdan of Dubai, royal bachelors have been an understandable obsession among netizens in particular, who enjoy diving deep to the depths of social media posts to see how the Prince Charming’s doing. Brunei’s Prince Mateen is the newest royal sensation taking Instagram by storm with 715k+ followers, and for very justifiable reasons.

Prince Mateen is the fourth son of the Sultan of Brunei, making him sixth in line to the sultanate’s throne. But the 26-year-old heartthrob is loved for more than just his royal heredity. As a young man, the prince leads a stalk-worthy life of polo, flying jet planes, cuddling with tiger cubs, and sporting suits or royal attire while attending important events.

The Prince and His Sports

An all-round sportsman, Prince Mateen pursues his sports seriously. He’s a former player for the Bruneian football team AM Gunners, a pro at polo, and a certified PADI diver. He even represented his country in polo at the South East Asian Games held in Malaysia this year.

On his Instagram account, the blue-blood bachelor often shares his overwhelmingly heart-ed snaps during sessions of polo, skiing, boxing, swimming, diving, and more.

And—not that it needs mentioning—the royal sweetheart is drop-dead handsome. Sun-kissed skin, strong facial features, and a sportsman’s body all work in the prince’s favour.

Get your morning reps in 💧

Even though Brunei is one of the wealthiest oil-rich countries in the world and the prince’s own estimated fortune reaches $20 billion, GQ Thailand attested to the royal’s warm and grounded personality.

The moment you realise you're closer to 30 than 20 🌚. Thank you all once again for the kind birthday wishes ❤️

The royal obsession is active in charitable works, and his many pictures with children spark heart emoji-filled comments from melting ladies around the world.

The super-fine gentleman loves to spend time with family and friends. His siblings, real-life mates, and pet cubs make a lot of appearances in the Prince’s Insta feed, and he writes heartwarming captions about them.

Game time. All the best for your final later champ 🏇🏿🇧🇳

Moreover, Prince Mateen does really have the whole package. The Manchester United fan takes his education seriously. After graduating from the Royal Military Academy Sandhurst as a Second Lieutenant in 2011, he pursued a Master’s degree in International Diplomacy from the University of London, graduating in 2016.

Not a bad winter day 🐢

How great does he look in the uniform?

What’s not to love about this suave, educated, athletic, family-person Prince?