The Best Places in the World to Have a Layover In 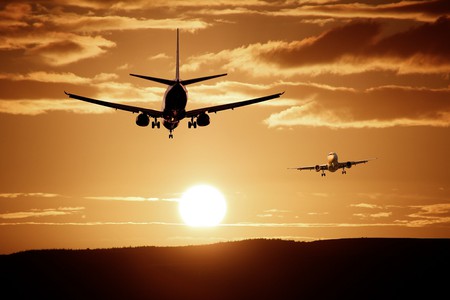 When caught between flights, the airport and city you’re tethered to make all the difference in the world. In fact, with endless hawker stalls to make you rethink airport food’s bad rep in Singapore, a dip in Iceland’s natural hot springs and a ‘Wag Brigade’ of pups ready to snuggle away your flight anxiety in San Francisco, a ticket to one of these five transportation hubs might leave you wishing for more time to kill.

Aiming to be a ‘destination in itself’, Changi Airport Singapore (SIN) consistently dominates ‘world’s most pleasant’ airport lists. Overflowing cacti, sunflower and butterfly gardens have been planted as refreshing oases for travellers to reconnect with nature after hours spent in a closed-off plane. To that same aim, travellers can also feed majestic Koi fish, which have their own special pond, between 9am and 4pm. Even more than at these wondrous green spots, free movie theatres and the rooftop pool, though, people rejoice at the thought of Changi’s hawker fare. Three massive food courts, one for each terminal, are known for their mouthwatering, wallet-friendly Singaporean classics such as hokkien prawn mee (stir-fried noodles made with a rich prawn stock), bak kut teh (pork ribs soup) or spicy chilli crab. 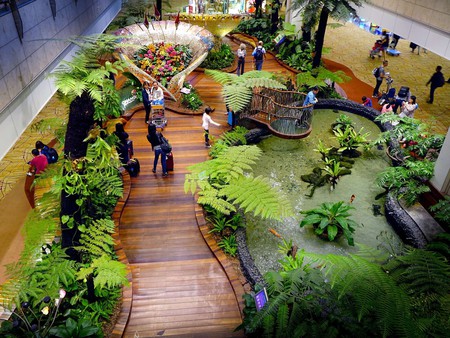 First things first: before venturing out of this giant air-conditioned bubble into ‘Lion City’, make sure to swap any sweats or scarves for loose-fitting, breathable clothing. Squeezed up against the equator – Singapore’s climate is capital-T Tropical. Changi organises free 2.5-hour tours of the city-state in air-conditioned buses for all of its transit travellers (make sure to book tickets before going through security), but for those who prefer to strike out on their own and soak up more of the local atmosphere, the MRT subway is a cheap, 1-hour ride. Head to Marina Bay for its iconic resort with panoramic rooftop views – including those from the infamous infinity pool – and the breathtaking Gardens by the Bay, a garden-within-a-city hybrid of exotic greenery and sustainable, futuristic-looking installations. Away from the glitz, Singapore’s Chinatown with well over 200 hawker stalls is a newfound heaven for anyone with a penchant for Southeast Asian cuisine. 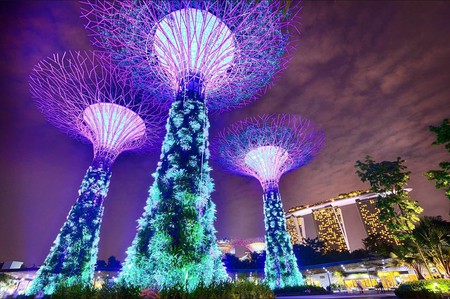 A layover at San Francisco International Airport (SFO) comes with furry friends: trained therapy dogs and one certified happy pig named LiLou (with her own Instagram account and a flair for the toy piano) have been recruited to brighten up worn-down travellers’ days with hugs and slobbery kisses. These smile ambassadors known as the Wag Brigade have been bringing joy to waiting families since 2013. In typical West Coast character, free quiet time can be found in the Berman Reflection Room, the 24-hour yoga studios or the library in the main hall. Hygiene is kept up at several Freshen! Up showers, and six hydration stations across the complex make sure of free water bottle refills. Cat Cora, Yankee Pier and Boudin Bakery and Café all hold up San Francisco’s foodie rep outstandingly by way of hot clam chowders, lobster mac and cheese and sourdough bread.

With the BART tram system less than a half-hour ride away (follow the BART signs in the International Terminal) and ride-sharing apps, it’s a swift trip to downtown SF either way. Head up to Hyde Street Pier at the waterside to rent wheels for a scenic bike trip along the coast heading towards the Golden Gate Bridge, with occasional sightings of rock-teetering former prison Alcatraz nearby. On a clear day in ‘Fog City’, the journey across the monumental art deco span provides marvellous sights, as does the ferry back from picturesque hillside town Sausalito. With any time left, swoop and sway over the Bay Area’s many hills on its famous cable cars. 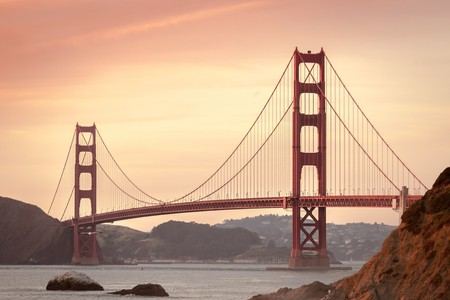 A convenient travel hub connecting transatlantic flights from North America to European metropolises (like Paris and Amsterdam), Keflavík Airport (KEF) has become the promised land of stopovers thanks to one of its most magical natural assets – this airport is fresher-looking than most and equipped with all the usual facilities, but it’s a dip in Iceland’s Blue Lagoon that most layover champs are in the market for.

Six hours is enough time to trade the world of cramped leg space, ‘fasten your seat belt’ signs and eternally occupied toilets for natural hot springs and ethereal relaxation. Reykjavik Excursions has buses heading to the Blue Lagoon with its almost milky-coloured geothermal waters, silica mud treatments and swim-up bar for ISK4,500 ($42/£32). (Transfer and admission to be booked in advance.) 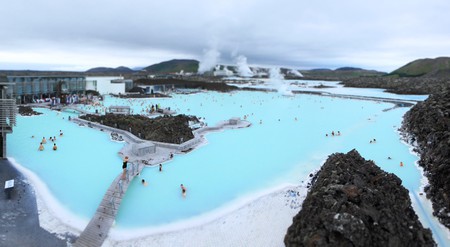 Something of a short layover savant, Germany’s premier international airport (MUC) has found ways to offer the best samples of Bavarian life in a limited timespan. Airport brewery Airbräu is an essential evening hangout that offers hearty lagers, typical Bavarian wheat bears and tours of its gleaming brewing chambers when booked in advance. Travellers get to stretch their legs on the ice rink in the heart of the traditional Christmas market during the holiday season. Other attractions include mini-golf, an entire Kinderland for little ones to blow off steam, a special observation deck for watching planes taxiing and taking off (an especially captivating sight at night) and life-saving nap cabins.

Home to more than a sixth of the world’s breweries, a longer stop in Munich is easily coupled with a visit to respected brewers such as Paulaner, Weihenstephan, or Oktoberfest (when the two-week beer-fueled revelry is in town). Head to the over 200-year-old daily Viktualienmarkt in the old town to soak up the spirits with a picnic of artisanal cheeses, local specialty meats such as wiesswurst (white sausage served with sweet mustard) and fresh fruits and veggies from family-run stalls. At the heart of this gourmet Bavarian microcosm, unsurprisingly, lies a beer garden. 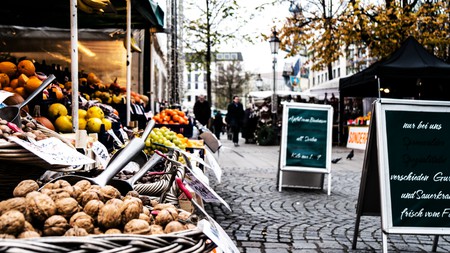 Just like Singapore’s Changi, Beijing Capital International Airport (BCIA/PEK) plays up the nature card to soothe its waiting passengers. Two classical Chinese gardens, Royal Garden of Fun and Suzhou Mist and Rain, provide tranquil spots for guests to enjoy tea and feed the colourful fish gliding around in their ponds. Several whimsically themed lounges such as Tulip Lounge, Digital Forest Lounge and Oasis Lounge have been put in place for travellers to relax on comfortable sofa chairs and charge their devices amidst colourful displays. By 2019, a new mega-structure is set to turn Beijing’s and China’s aviation business on its head: currently being built 47 kilometres (29 miles) south of the Forbidden City is the monumental Daxing International Airport, a mammoth with a snowflake-shaped terminal designed by Zaha Hadid. 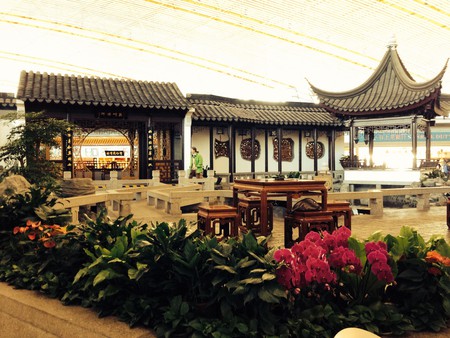 Since launching its savvy 72-hour free mainland access for transit travellers, Beijing has seen an influx of adventurous tourists grabbing their suddenly precious layover time for a blitz visit to the Great Wall. Organisations such as Beijing Layover Tours offer 4- to 10-hour itineraries that make time for long strolls on the Mutianyu section of the UNESCO landmark to take in its story and its surrounding landscapes before heading back down via thrilling toboggan ride. For those more keen on soaking up the dazzling culture and cuisine of the humongous city that’s home to over 21 million people, the airport shuttle reaches downtown Beijing in half an hour. 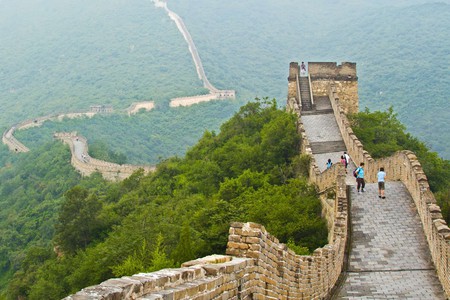 The Great Wall in Mutianyu, China | © Colin Capelle / Flickr
Give us feedback