10 Southeast Asian Photographers You Should Know

Photography in Southeast Asia is playing a vital role in shaping Asia’s unique art scene. With a strong interest in exploring the relationship between space and time, nature and humankind, as well as a renewed attachment to Asian history and traditions, the photographers on this list serve as examples of the unusual topics and techniques used by the region’s artists to explore their environment through the lens. 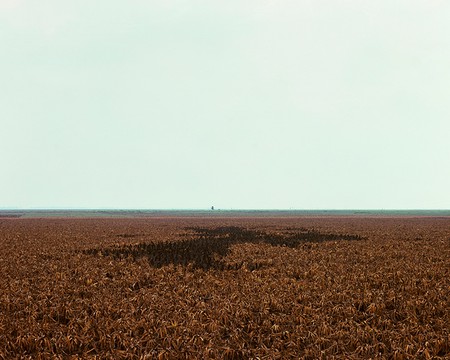 A graduate of the University of East London and with a BA in Photography, Malaysia’s Eiffel Chong was strongly influenced by the German photographers of the Dusseldorf School; like them he shoots in large formats. Chong’s main interest resides in narrating through visuals the relationship between nature and man, new and old, reality and imagination.

The series Landscapes: A horizontal ligature mark comprisesphotographs of semi-abandoned fields to attest to the impact of human beings on nature. The resilience and beauty of the living world is strongly affirmed through the almost pictorial style adopted by the artist. These themes resurface again in the collection Seascape, in which he captures the almost omnipresence of men (through a pier or a boat) in images of deserted, silent and peaceful seas. The theme of cyclical nature is also addressed in the series This used to be my playground, but this time the Malaysian photographer moved his attention to disused and abandoned buildings, images particularly relevant in fast-growing countries like Malaysia.

Renowned for his provocative Pink Man series, in which he criticised in a satirical way the consumerism of Thai society, Manit Sriwanichpoom has played an influential role in the contemporary art scene in Thailand, both as an artist and as a curator at his own gallery, Kathamandu Photo Gallery. Strongly influenced by the 1970s generation that fought for democracy, Sriwanichpoom is strongly engaged and active in socio-political events in his native country, a commitment that surfaces in his photography and visual art.

The worldwide-exhibited Pink Series consists of photographs depicting an often expressionless man, wearing a shocking pink suit, in various metaphorical scenarios. In explaining the concept behind the series, the artist stated, ‘The Pink Man is my upset and alienated feeling towards the concept of consumerism which has been accepted simply and without consideration by Thai society. I feel that this system has enslaved us without our realisation. Moreover, we are being forced to act in the same way: there is a move towards uniformity.’

A fervent believer that art should make people reflect on current political and economic affairs, he constantly raises questions through his artwork. In This Bloodless War – greed, globalization and the end of independence, he staged on boards archived images from the Vietnam War and the bombing of Nagasaki in central Bangkok streets. 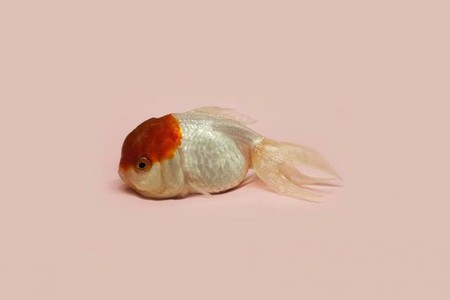 Robert Zhao Renhui – World Goldfish Queen, from the series A Guide to the Flora and Fauna of the World, 2013 | Courtesy the artist

A remote-controlled cockroach, an oversized goldfish, a square apple and hornless rhinos are just some of the curious pieces from the collection A Guide to the Flora and Fauna of the World (2013) by Singaporean photographer Robert Zhao Renhui. With a keen fascination with nature and zoology, Renhui established the fictional Institute of critical zoologists; under this umbrella he presents his examinations about the evolution of nature and how it is affected by humankind.

Renhui’s approach is that of an artist rather than a scientist: he works with dead animals or models and toys to manipulate and often invent animals and plants by merging science with the imaginary world. In A Guide to the Flora and Fauna of the World, he presented photographs and objects of 55 species of animals and plants that have been modified by men. The work is presented in such authoritative and official manner and formats that at first bewilders the viewers and then it challenges them to question the veracity of what’s in front of their eyes and ultimately question what we know about nature and how we look at it.

A self-taught photographer Vandy Rattana studied Law at the Pannasastra University of Cambodia. He now divides his time between Phnom Penh, Taipei and Paris. His creative interest revolves around documenting historical, natural and manmade disasters in his native country, Cambodia. In the photography and video series Bomb Ponds, Vandy looks at the domino effect of the US bombing during the Vietnam War and the scars left both on the landscape and the collective memory of Cambodian people. Vandy’s artistry resides in combining photojournalist qualities with poetic and evocative aspects, as if his images assume a new fictional essence from the reality in which they originate.

Alongside his own work, he co-founded the collective of Stiev Selapak (Art Rebels), which later went on to establish Sa Sa Art Gallery and SA SA BASSAC in Phnom Penh.

New-York-based Singaporean photographer John Clang has a predilection for the mundane and the everyday. Clang has created collections of photos portraying the common people and places that he encounters, observes and experiences on a personal emotional level. In the show Being Together: Family & Portraits, the artist staged encounters between Singaporeans living abroad with their family back home by using VoIP (Voice over Internet Protocol) and Skype. As with many of his works, the concept started from the artist’s own personal experience of living away from his country and his family but it offers an emotional examination of the current social situation that many Singaporeans live in a globalised world. Clang questions contemporary socio-dynamics by freely inviting the viewers to interpret and experience his images through their own historical background and experiences. 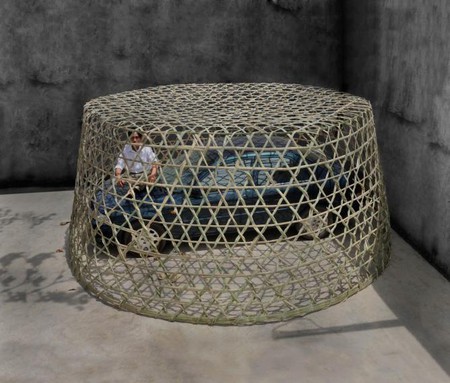 In February 2012, only half an hour before the opening of the exhibition Space/Limit, Ho Chi Minh gallery San Art received a notification from the government informing that only two art works pieces (one installation and one photograph) could be displayed to the public.

No explanation was given to why the public could not see the work of one of Vietnam’s most prolific photographers, Phan Quang. Space/Limit included two installations and nine photographs in which Quang explores the concepts of space and limitations. He utilises oversize bamboo cages, commonly used in Vietnam’s rural life for carrying poultry and birds, to recreate modern scenarios where people live under these cages. ‘[Bamboo] resists oppression and exploitation. Bamboo symbolises courage, standing tall in a storm’, explained the artist in an interview with San Art’s curator, Zoe Butt.

A former photojournalist, Phan Quang decided to turn to art in 2008 from a desire to show his views and reflections about social realities in his native country. In A Farmer’s Diary, his first solo exhibition, the Vietnamese photographer presented a time-lapse video and digital prints where he combined fiction with personal realities in an attempt to reconcile the growing social-economic divide between rural and urban spaces in Vietnam. Apart from Vietnam, he has exhibited in Japan, Europe and the US. 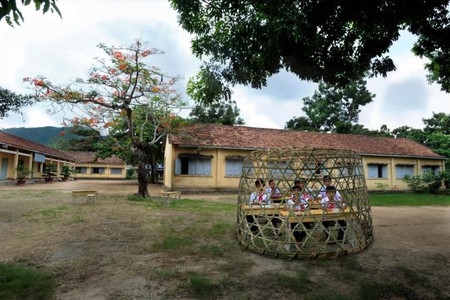 Born in Singapore in 1983, Ang Song Nian is attracted by the effects of humans on their environment. Through images and photographic installations, he investigates, from different viewpoints, the presence of men on nature. For instance, Many Detours: Washed-out & Interrupted consists of shots of human residencies where the human presence is completely removed, what is left are the objects and changes the past occupants have made. Here the artist asks the viewers to deduce the personality, habits and behaviours of the residents. In And Now, Like Sleeping Flowers…, instead, Ang moved his attention to the outside world by photographing landscapes where the human touch is slightly present but it is still show the slow and irreversible a violation imposed upon fragile nature.

Founder of photography gallery Silverlens, Isa Lorenzo has placed herself at the forefront in the development Filipino photography due to not only her artistic work but also her curatorial endeavours, which aim to promote Filipino artists internationally.

Lorenzo often creates black and white collages that evoke intimate, delicate circumstances and personal histories. For the series Incarnations, the artist was inspired by a book she read about the prophecy of the end of the world; she then started visualising how creatures, plants and human would reincarnate in a post-apocalyptic scenario. The result is a collection of mixed forms and hybrids that sprang from her imagination.

Emerging Singaporean photographer Sarah Choo Jing was awarded the ICON de Martell Cordon Bleu photography prize in 2013. In her work, she often depicts characters and scenarios that evoke emotional circumstances typical of our contemporary society. In The Hidden Dimension, Choo captures the contradictory and ironic solitude that we experience even when surrounded by other people in over-populated and crowded cities like Singapore.

Choo is currently completing her MFA in Fine Art Media at the Slate School of Art, University College London. She was awarded The Photographer of The Year in the Fine Art Photography category at the 4th International Pollux Awards (USA) and she represented Singapore in the Santa Fe International New Media Festival in New Mexico.

Interdisciplinary artist Amanda Heng is based in Singapore and has been a prolific artist, curator and lecturer for over 20 years. Her practice deals with the study and analysis of gender issues, social relationships and cultural clashes in urban environments.

For the series Another Woman, Heng collaborated with her mother in presenting the mother and daughter relationship through body language. The two women continued collaborating also in the project Narrating Bodies, an investigation for the artist to reconnect with her parent, discover herself, but moreover it is also raises questions about women’s identities within Singaporean culture and history.