What You Should Know About Africa's Dying Ancient Baobabs 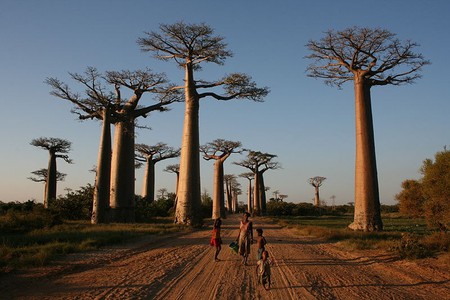 The Avenue of Baobabs in Madagascar | © Gavinevans/WikiCommons

Over the last decade, ancient African baobabs have been dying. Since 2005, eight out of thirteen of Africa’s oldest baobab trees have either partially collapsed or died. This article delves into some of the reasons behind the phenomenon, where to see baobab trees in Africa before they completely die out, and the efforts being made to conserve the ‘tree of life’.

Why Africa’s baobabs are dying out

The baobab has over 300 uses including as a source of water, food, vitamins, medicine, shelter and more. However, scientists have attributed the recent rapid deaths of baobab trees on the African content to climate change as increasingly hot temperatures and decreasing rainfall have been experienced more frequently. National Geographic reports that a different study “published in Biological Conservation, has already concluded that changing climates will harm two of the three endangered baobab species in Madagascar”. Between 2010 and 2011, the Panke baobab tree in Zimbabwe died. It was estimated to have been 2,450 years old. In April 2017, the Sunland baobab tree in Limpopo, South Africa which was a tourist destination due to the bar located in its hollow, fell over.

The African baobab tree is scientifically known as Adansonia digitata and is mostly distributed across southern Africa. In addition to the African baobab, Madagascar has six of the nine species of baobab. The country is also home to the world’s largest baobab tree which is called reniala, the Malagasy term for ‘mother of the forest’. 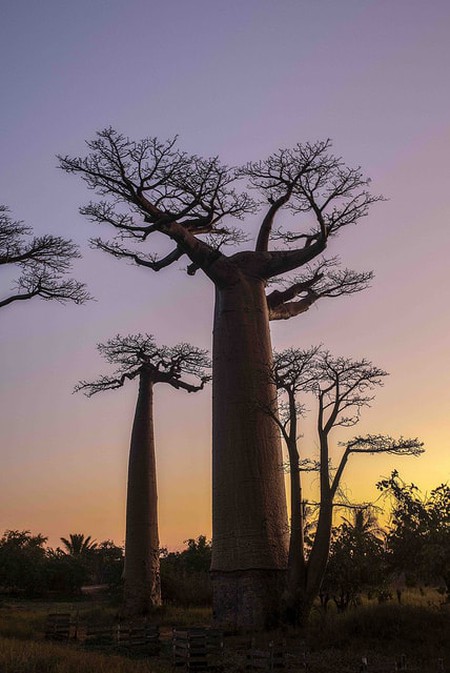 The baobab is embedded in the myths and history of many communities across the continent. For example, in the Kafue National Park of Zambia, legend has it that there is a 1,500-year-old baobab tree called Kondokamwale that ate four young maidens it was in love with upon finding out that they intended to marry human men. Another famous baobab tree in Zambia is the upside down baobab at Ingombe Ilede (which translates to ‘sleeping cow’ referring to the position of the tree), an Iron Age site that was a settlement and trading site for the Tonga people of Southern Province from the 5th to the 17th centuries.

Among the Shona tribe of Zimbabwe, there is a myth that the baobab was among one of the first plants that God created. The baobab grew vain and looked down on God’s other creations such as the zebra and hyena. God became angry and ripped the tree out of soil. Not wanting to completely eradicate the tree, God inserted the tree into the soil upside down with its roots exposed. This myth is used to explain the appearance of the tree. In Ghana, the baobab tree is used in proverbs such as one that states “Knowledge is like a Baobab tree, one person’s arms cannot encompass it”. 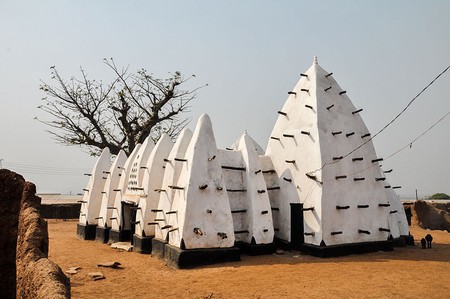 Where to find Africa’s famous baobabs in southern Africa

The Kondokamwale tree can be seen at the Treetops School Camp in the Kafue National Park which is a 223-mile (359-km) drive from Zambia’s capital Lusaka. The entrance fee for international adult visitors is USD$20, while children under five enter for free and children between 5 and 13 enter at half price.

Ingombe Ilede is a fallen baobab tree and a national heritage site located near the town of Siavonga in Southern Province. It is located 59 miles (95 km) off the Lusaka-Siavonga road with the coordinates latitude 16 degrees 11 minutes south, longitude 28 degrees 19 minutes east. There is no entrance fee or tour guide, although there may be a caretaker at the premises. 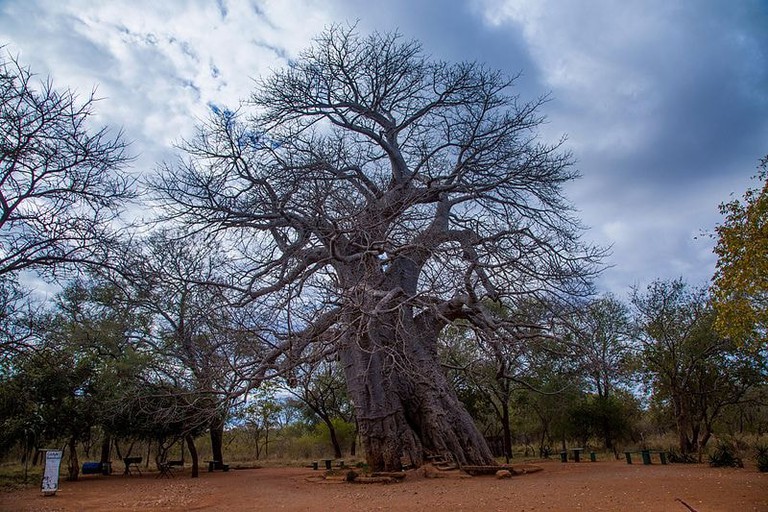 Musina Nature Reserve in the Limpompo Province of South Africa has one of the largest collection of baobab trees in the country. It also incorporates the former Baobab Forest Reserve to protect the trees. To see the baobabs, visitors should drive the circular route of the park. It is possible to camp or stay at the guest house on the park.

The Ombalantu Baobab or ‘tree of life’ as it is called by the local community, is 92 feet (29 metres) tall and 87 feet (26.5 metres) wide. In the past, it has served as a hideout, chapel, post office and part of a military base. The tree, which is considered the oldest baobab tree in Namibia at over 750 years old, is situated in Outapi in Northern Namibia on the Main Road 123. There is also a campsite on the premises. Daily entrance + camping fee is approximately USD$3.60 (50 Namibian Dollars) and daily fee of approximately USD$1.44 (20 Namibian Dollars)

Other baobab trees that can be seen in Namibia include The Great Tree at Grootfontein which is 1.5km (1 miles) north-east of the homestead of the Keibib Farm, The Tsandi baobab tree, which was a king’s former office in the 1900s in Ovamboland, and some baobabs in the Mahongo National Park in the caprivi strip.

Avenue of The Baobabs 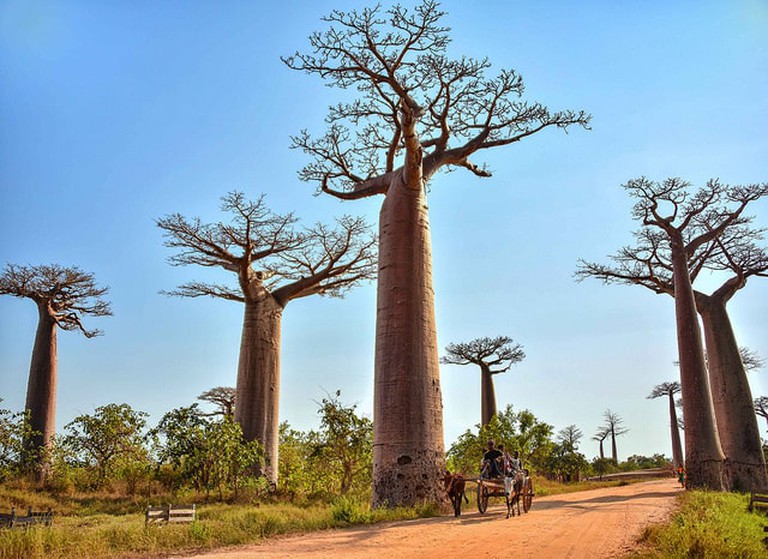 Avenue of the Baobabs is a must-see spot where approximately 20 baobab trees, some up to 800 years old, line a dirt road. It is located near Morondava town in Western Madagascar. Unfortunately, there are no restaurants or toilets nearby so travelers must plan accordingly.

How to help save baobabs in Africa

There are various organizations working to save baobab trees on the continent. An example is Global Trees Campaign, which works with partner Madagasikara Voakajy in Madagascar. Their mission is “to reduce the loss of mature baobabs and engage a range of stakeholders in replenishing their populations”. This is done by getting community members and protected area staff to patrol baobab-rich areas, and helping locals secure management land rights to baobab rich areas. Another example is the Baobab Foundation, which launched the Baobab Guardians Program in South Africa. Their aim is “to plant more baobab trees in the arid area of Venda, where climate change and livestock is affecting the survival of young baobabs”, and to “involve rural women fruit collectors and create awareness of baobab ecology and conservation in South Africa”. People can contribute to the cause by purchasing the baobab products sold on the site, such as baobab powder and oil.