How One Lioness Saved This African National Park 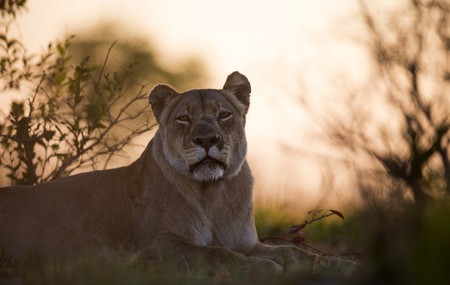 The ghost of lioness Lady Liuwa prowls the Liuwa Plains, keeping watch and guard. She was believed to once have been Mambeti, the daughter of a Lozi tribal elder, who was then reborn as a lioness. Who knows what her third incarnation will be? For now, however, her memory is blowing through the grasses of the park, inspiring a new generation of conservationists. 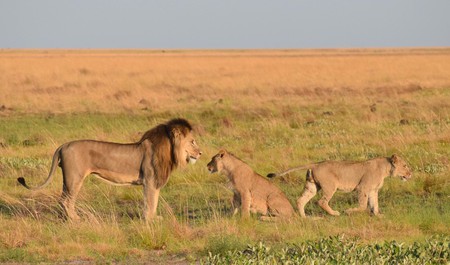 The vast Liuwa Plains National Park stretches across northwestern Zambia, close to the border with Angola. It’s one of the oldest protected reserves in Africa – a royal hunting ground since the 1880s – but when the Angolan Civil War forced poachers across the border in the 1990s, carnage followed. The eland antelope were wiped out, and all bar one of the lion were killed. The sole survivor was Lady Liuwa, a lioness who sought out human company in the villages to compensate for the loss of her pride. 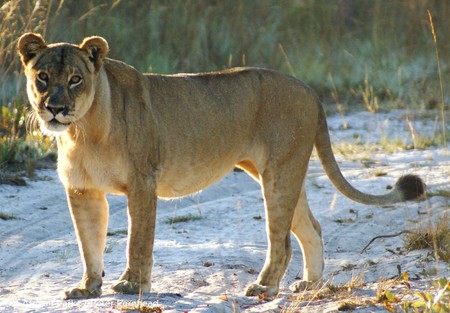 Dave Wilson of safari tour company Time+Tide speaks of Lady Liuwa like an old friend. This should come as no surprise: in the first few years when he was setting up the King Lewanika Lodge, the only permanent camp in the park, Lady Liuwa would visit the site frequently to see what was going on. He details Lady Liuwa’s favourite places to hang out: the thicket of trees where Mambeti was buried and the lion boma behind the lodge where she later bonded with new arrivals. 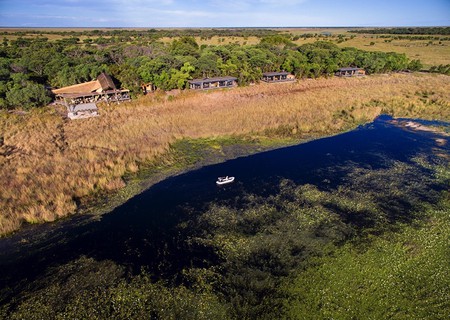 King Lewanika Lodge with the Lion Boma Behind. | © Time+Tide

Lady Liuwa was first spotted in the Liuwa Plains in 2002. When African Parks, a conservation NGO, took over the national park the following year, staff knew that they had to rebuild her pride, giving Lady Liuwa a family to compensate for the one she had lost.

It took five years to secure the park, during which time African Parks waited for lions to return of their own accord. None did, and Lady Liuwa was still alone. They introduced two adult males but, though they both mated with Lady Liuwa, no cubs were born. It seems that Lady Liuwa was infertile.

So two young lionesses were also translocated. One of them, Sepo, was released into the lion boma with Lady Liuwa so that the two would bond: this was essential for Sepo’s survival. It worked. When they were once again given freedom to roam the park, the two lioness were inseparable. Sepo soon conceived, and Lady Liuwa helped raise the cubs. At last, she was the matriarch in a pride of her own. 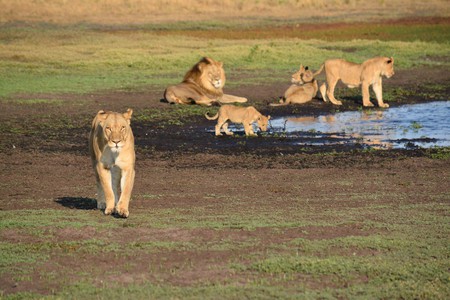 Lion numbers in the Liuwa Plains National Park are growing steadily, and so too are the populations of cheetah and hyena. There have also previously been sightings of African wild dog. The rapid recovery of the park’s ecosystem makes it the ideal location for research, so the Zambian Carnivore Programme (ZCP) uses it as one of their three study areas in Zambia. 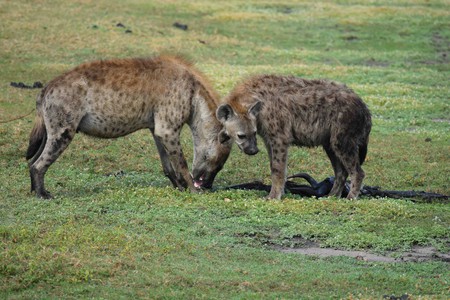 On game drives, guide Innocent is in constant communication with members of the ZCP’s research team over the radio. Although they have collared some of the carnivores in the park in order to track them closely, there are plenty more individuals and it’s always good to know of their approximate whereabouts.

The radio came into use one night just as the sky turned pink. Someone had spotted two cheetah out hunting. Photographer Ben Tavener had come to the Liuwa Plains with Africa Exclusive, one of just a handful of tourists to visit. Innocent drove along the sand tracks in the fading light, mile after mile from the lodge. And there, silhouetted against the sinking sun, was a cheetah standing tall – an unforgettable moment in the Liuwa Plains. 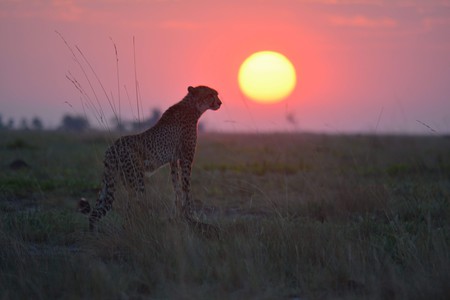 Lady Liuwa died on 9 August 2017, the day before World Lion Day. She’s thought to have been 17, a remarkable age for a wild lion in any circumstances. But her legacy lives on, in the lion cubs she helped raise, and in the inspiration she has given researchers, conservationists, and visitors to the Liuwa Plains National Park.