Experience the Thrill of Rally Car Racing in Zambia 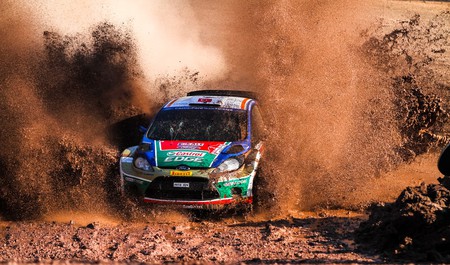 Rallying is a popular sport in Zambia | © Evren Kalinbacak / Shutterstock

The rally sports industry began in Zambia in 1969 with the creation of the first ever Zambia International Motor Rally, an event organized by the Lusaka Motor Sports club. Here we take a look at one of Zambia’s most exciting and most popular sporting events and the most celebrated drivers behind the wheel.

According to the book Zambia Sporting Score: A Period of Hits and Misses by Moses Sayela Walubita, Lusaka Motor Sports Club, “conceived the idea of running an open section rally big enough to attract participants from neighboring countries. It was planned that the rally should be about 1,600 kilometers (994 miles) long to take place on or around October 24 as part of the independence celebrations.” At the time, both Lusaka and Ndola had active rally sections, which is still the case today. According to Motor Sport magazine, “When the Zambia Rally began as a national event in 1969, it took the form followed by many African events of the time; it was held without special stages and its timing was just in minutes, not seconds.”

The first and second editions of the Zambia Motor Rally were won by Zambian Mike Bond in a Datsun 1600. Then there was an eight-year gap from 1977 to 1984. In 1985, it was revived in Lusaka. Satwant Singh won the 1972 edition and continued to dominate the sport for almost 30 years, winning the competition a record 14 times. 1973 was a landmark year as it was the first time an all-female Zambian crew finished a national rally (Shirley Fischer and Rasalie Van Lee). The Zambia Motor Rally started in Lusaka, then ran northwards to Kitwe town in Central province, then southwards to the Zambezi valley.

Rally is now one of the most popular sports in Zambia. The Zambia Motor Sports Association is the body in charge of the annual Zambia International Rally (formerly the Zambia Motor Rally). The 2018 season kicked off in March, with the 2018 Madmax national rally, of which the beginning special stage was held in Lusaka before drivers headed to Chisamba, a town in Central province. The winner of the Madmax rally was Leroy Gomes, a driver from the Ndola Motor Sports club. The second edition of the rally is the Alliance Motor Rally, which was held on May 12 and 13 and won by Jassy Singh, who clocked a speed of 53 minutes 52 seconds. Jassy is a nephew of Satwant Singh, and won the 2016 edition of the Zambia Rally.

Rallying is a popular sport in Zambia | © Evren Kalinbacak / Shutterstock

The third stage of the Zambia International Rally called the GOMES Zambia International Rally 2018, takes place in Ndola, a town in the Copperbelt province of Zambia from June 22–24, 2018. The rally will cover a total distance of approximately 353 kilometres (219 miles) of which 218 kilometres (134 miles) is made up of special stages that will take place on closed roads, while the main stage will take place in the Zaffico forests. The fourth stage, called the Pembe Milling Rally, is slated for July 28–29 in Lusaka, while the fifth stage will be held in Monze, a town in Southern province during the Meanwood Monze Rally from September 8–9. The sixth edition, called the Samfuel Rally will be held in Kitwe from October 13–14, while the seventh and final edition of the Zambia Rally, called the Skyview Barn Rally, will take place in Lusaka from November 17–18.

Mohammed Essa won the 2012, 2013 and 2014 editions of the Zambia Motor Rally with a Subaru Impreza WRX STi. He placed third in the Alliance Motor Rally on May 13, which is the second leg of the Zambia Rally. His younger brother, Zubair Essa, is also a rally driver and has taken part in several competitions.

Farook Ticklay has competed in several rallies, winning the first round of the 2015 Games Nsobe Safari Rally, the first stage of the Zambia Motor Rally. He placed second in the 2018 Alliance Motor Rally. His co-driver Jasmeen Ticklay Singh (of the Singh racing family) is one of the only women in rally racing in Zambia.