An Introduction to Zambia’s Luvale People 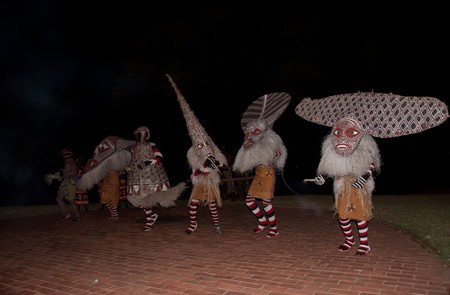 The Luvale people of northwestern Zambia have a rich culture that is still celebrated today through their traditional ceremonies, naming and craftmanship. Here’s your introduction to this intriguing group.

A brief history of the Luvale people

Like many other tribes that occupy Zambia such as the Bemba, the Luvale are a Bantu matrilineal tribe that were part of the Mwata Yamwo-led Lunda kingdom in present day Democratic Republic of Congo (DRC). According to the book Likumbi Lya Mize and other Luvale Traditional Ceremonies (1993) by Patrick Wele , prior to settling in Congo, the Luvale originally came from north of Lake Tanganyika in an area located between the Kilimanjaro Mountains and Lake Victoria.

The Luvale dynasty is said to have begun with Konde Mateti, the mother of six children who went on to establish separate tribes including the Chokwe, Luchazi and Mbunda in Angola, Namibia and Zambia. The second-born son, Chinyama cha Mukwamayi, migrated to Zambia, and today his descendants form the Luvale tribe. 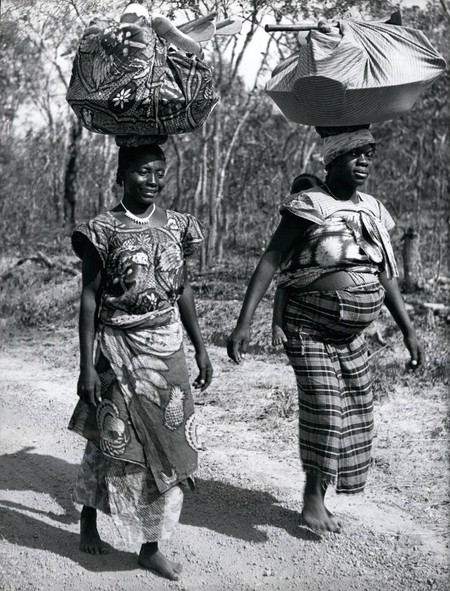 The Luvale settled in an area on the eastern side of the plains along the Zambezi river. They called the area ‘Yambezi’ (from which the river gets its name) meaning ‘place of plenty of water’. The area is the present-day North Western Province and the Luvale account for approximately 20.4% of the population of that province.

The Luvale have three main ceremonies. The official traditional ceremony is called Likumbi Lya Mize, and is one of the most popular traditional festivals in Zambia. Taking place during the last weekend of August, it includes two initiation ceremonies for girls and boys.

‘Likumbi Lya Mize’ translates to ‘ceremony of the Mize’ which is the name of the headquarters of the Luvale and is located in the town of Zambezi in North Western Province. The ceremony generally lasts a week and includes activities such as dancing by the makishi (masked male dancers) and by girls who have undergone the wali initiation ceremony, speeches by the chief and government officials, and drumming.

Once a girl begins her first menstruation cycle, she is taken into seclusion. She is taken to a fig tree, a symbol of fertility, where she remains until a grass hut or ‘litungu’ is built for her. She is given protective medicine by a ‘chilombola’ (an older woman who acts as a teacher and guide during the process). The initiate (who is referred to as ‘mwali’) is also assigned a younger girl called a ‘kajilu’ or ‘kasambibiijikilo’ who helps with chores.

During the period of seclusion (which could last from a week to a month), the girls are prepared for marriage by being taught about hygiene, sex, and domestic chores. They are not allowed to eat certain foods, be seen with members of the opposite sex, or speak unless necessary. When a girl returns to her village, she has to be covered in a chitenge (a traditional cotton cloth).

To graduate, she must perform various dances symbolising the skills she has acquired. She is then covered in oil and red ochre. Afterwards, she is presented to her new husband. Due to a modernised legal system the initiation ceremony now happens later in a woman’s life (before marriage) although it still happens at puberty for Luvale girls from rural areas. Child marriages are now illegal in Zambia, so even if a girl reaches puberty at 13 in a rural area, she may do the wali but not get married straight away. Previously, arranged marriages would take place, but in modern times, couples marry for love.

Luvale males between the ages of eight and twelve participate in ‘mukanda‘, a coming-of-age ceremony that includes circumcision. Like the female initiates, the males (‘tundanji‘) have teachers who guide them through the process. These are called ‘makishi‘ (‘likishi‘ is the singular). The makishi wear elaborate masks and dyed woven costumes made from barkcloth. Each one has a specific role. The author, Patrick Wele describes the main makishi: “‘Kayipu‘ is the king of the ‘makishi‘ and the mask associated with the chief, and is always accompanied by ‘kapalu‘– the bodyguard, or son. He is the biggest and most majestic of all the makishi, with his huge round impressive headdress.” Although all makishi are men (their identity is never revealed and it said that they dress in graveyards to shield themselves from the public), there are some female representations of women. For instance: “‘Chiwigi‘ wears a wig of braided hair and is seen as a woman who is vain or stylish”.

Like other Zambian tribes, when a couple was ready to be married, the groom was required to pay a bride price to the woman’s family. In Luvale, the bride price is called ‘matemo’ or ‘vikumba’ ( meaning ‘things’). It is offered to the ‘mwenga’s‘ (bride’s) relatives as a sign of respect and appreciation.

A groom may welcome a mwenga with a small celebration (‘vitilekela‘). At this time, people in his village greet the bride to encourage her to be a good person and feed the village’s children and strangers. Some days later, the bride goes through a ritual introducing her to her own hearth. This ‘lighting the fire’ ritual characterises all female transitions and is also performed for girls who have reached puberty and for new mothers. Sometime later the groom gives gifts (‘vifupa wenga‘) to the bride’s relatives which enable him to eat within their village or villages. This is followed by a return gift to the bride’s matrilineal relatives which thereafter enables them to eat at the groom’s village.

Traditionally, the groom was expected to provide everything in the marriage (a house, food, clothes), so the wife leaves her home without her personal items including clothing. However, in modern times due to economic reasons, intercultural marriages and urbanisation, the wife usually brings her own kitchen items which are purchased for her as part of a pre-wedding ceremony called a kitchen party.

In the early days of the Luvale kingdom, marriages among brother and sisters was commonly accepted, although this is not the case today.

In many African tribes, a child’s name is usually influenced by the circumstances surrounding its birth. According to one Sylvester Mutunda in Luvale Personal Names and Practices: A Social Cultural Analysis (2016): “among the Luvale, immediately following the child’s birth, the midwife also known as Chifungiji, bestows a temporary name or birth name upon a newly born child. If it happens that the child cries continuously and habitually, this is an indication that the name is inadequate to satisfy some demand of its existence…the name must be changed and another selected. This stems from the Luvale’s belief in reincarnation….Sometimes the name is changed if a child becomes seriously sick. In that case, the chimbanda (traditional healer) who treats the sick child selects the new name, because it is believed that misfortune is connected with the previous name.” Examples of names given to describe circumstances include ‘Kahilu’ meaning ‘he who has returned/come back’. The female version is ‘Omba’. Christianity has also had an impact on the naming culture with names being localised, for instance, ‘Daniel’ becomes ‘Ndanyele’.

Crops grown and consumed by the Luvale include cassava, yams, groundnuts and maize. Pigs, chickens, sheep and goats are also kept for domestic use. There is an exclusive society of hunters called ‘yanga‘ who are responsible for catching bigger game.

The senior chief of the Luvale people is Chief Ndungu. However, this is a post-colonial practice, as the Luvale initially did not recognise a paramount leader but instead were ruled by local chiefs who inherited the throne through a matrilineal line. Of the thirteen clans (‘miyachi‘) that make up the Luvale tribe, only one called the ‘Nama Kungu’ has members who can ascend to the throne. Only children of a female chief (‘vamyangana’) can rule. All clans have totems or identifiers (mostly animals) such as hawks, owls, and fish.

The Luvale name for God is ‘Kalunga’, but like other Zambian tribes, they also believe in the ancestral spirits of departed family members. These are called ‘mahamba‘ and must be appeased through offerings to ensure good fortune.

The Luvale also believe in divination, specifically basket divination. According to the book Ceremony! Celebrating Zambia’s Cultural Heritage (2007) by Tamara Guhrs, “the diviner (‘nganga’) throws up to 60 objects in a basket which are read to determine the source of the problem.” Divination is mostly done when someone believes they have been targeted by a sorcerer (‘orwanga’).

The Luvale people are skilled craftsmen known for making baskets, weaving mats (‘visalo’) pottery, metalwork (‘lutengo’) and stools. Some stools are made exclusively from wood, while some may feature a hide seat on a wooden frame called ‘likupu‘. The most commonly made basket is the ‘mbango’, a medium-sized basket for storing grain or maize meal. They also make musical instruments such as the ‘jinjimba’ (a xylophone), the ‘likembe’ (a small hand piano), and a variety of drums.