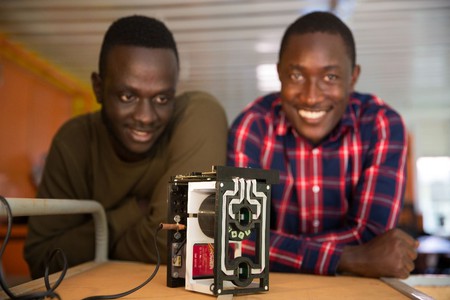 The World Health Organization recently declared that nearly half the world’s population is at risk of malaria. The Sub-Saharan African region suffered the most from this burden, with the most vulnerable being expectant mothers and children. After suffering several bouts of malaria that resulted in missing lectures while at university, a group of Ugandan engineers came together and invented a testing device that detects malaria—without drawing blood.

The test, Matibabu, a Swahili word for medical center, is a non-evasive diagnostic kit used to detect malaria. The device is made up of a portable, hardware finger box, called the matiscope, that uses a beam of red light and a magnet to detect malaria parasites in tissues, and a mobile application that analyses the data and provides a diagnosis.

The patient places their finger in the finger box and the light detects changes in shape, color and concentration of any red blood cells affected by malaria. The magnet aligns the paramagnetic substance haemozoin, which is produced by parasites when a person has malaria. Then Matitabu analyses the variation of the chemical and physical properties of blood cells to determine if the patient is infected by malaria. A health professional is able to perform a test in less than two minutes. 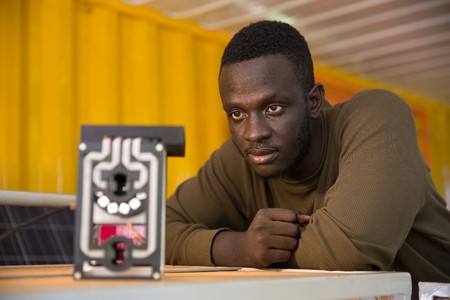 The engineer and his invention. | © thinkIT LTD

The test won an entrepreneurs’ prize last February at Pitch@Palace Africa 2.0, an initiative that gives entrepreneurs the opportunity to meet people who can make their business dreams a reality. The event was hosted by the Duke of York, Prince Andrew.

Matitabu is yet to undergo clinical trial, but thinkIT LTD Business Development VP Shafik Sekitto says preparations are underway to have the device tested with a number of patients to validate its sensitivity and specificity. At the moment, the test’s accuracy is 80%, with four out of five patients diagnosed correctly. If the patient has been infected for less than five days, the matiscope will not detect variations in the blood cells. 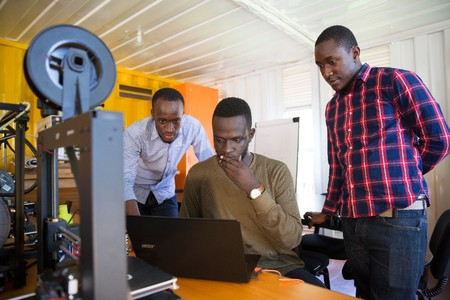 When asked if the test can be used for home use, Sekitto told Culture Trip that they initially thought that would be the case, but a number of surveys carried out showed that it was best to introduce the device at the health center and hospital level, as health centers were more willing to pay for the test compared to household users. When rolled out, the kit will cost US $0.70, compared to the traditional tests that cost an average of US $1.40, depending on the type of health center.

When it comes to malaria, and any other disease for that matter, it is paramount to diagnose accurately, in order to treat and subsequently eradicate the disease. Sekitto pointed out that achieving 100% accuracy is not realistic in the health sector, but they are targeting a 90%, which is similar to the gold standard microscope.