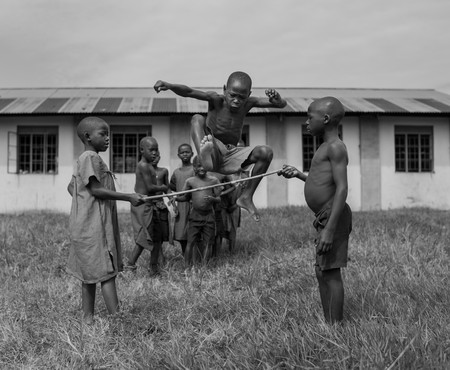 CLASS exhibition by Ben Katzler is a peek into a day of school life in Uganda. It’s a reminder that the privilege of receiving a decent education shouldn’t be taken for granted.

The photo series was shot in one day, capturing the students’ moods, routines, and interactions with one another. Having lived in the UK his whole life, where there are constant complaints about the government-funded education, Katzler found it remarkable to see eager and content children in a learning environment that may not even provide the most basic requirements like books and pencils. The children demonstrated a collective yearning and determination to learn, as if they already knew what getting an education would do for their lives, something Katzler didn’t see in the UK. 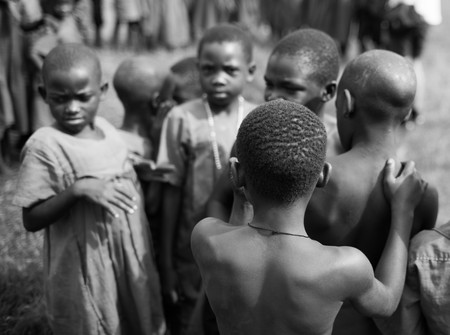 Most of Uganda’s students go through two levels of education: primary and secondary schools. Very few make it to university and other tertiary institutions due to financial constraints. In a bid to increase the literacy level, the government launched Universal Primary Education (UPE). Ten years later, Universal Secondary Education (USE) was rolled out across Uganda, so that more Ugandans who previously couldn’t afford to send their children to school could do so for free.

But at what cost? There is a general resentment towards UPE and USE because Uganda’s education system, which was once one of Africa’s giants, has been brought to its knees. The student-teacher ratio is always mind boggling, as classes register large numbers of students, fewer teachers and few to no books, desks, or chairs. Teachers go months or years without pay. It’s argued that students sit in class for years learning next to nothing. Meanwhile, the middle-income class Ugandans refuse to subscribe to this state system, as they enrol their children in private schools for the chance of a decent education. 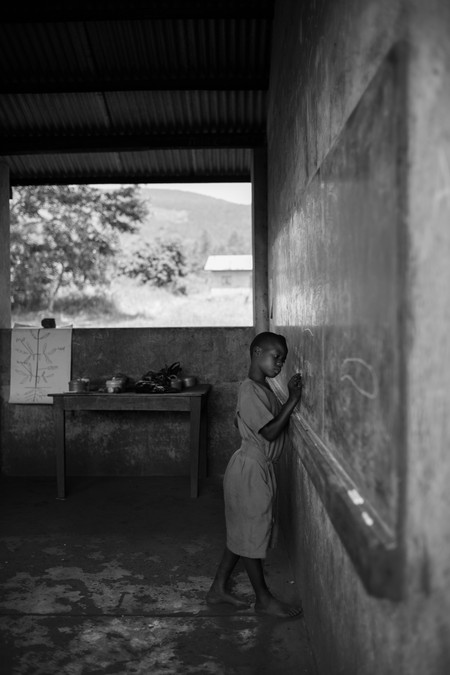 A girl writes on a board | © Ben Katzler

On what inspired the photography behind the exhibition, Katzler told Culture Trip, ‘I had travelled to Uganda for two weeks to shoot a fund-raising short film for Redearth in late 2015. We visited a lot of schools, spoke to a number of children and teachers, and on the day we were at Bigando School in Masindi, northwestern Uganda, I had some time on my hands to shoot stills and, once I started, I couldn’t stop. The light, the sparse backdrops of the classrooms, the basics of their recreation time, and the camaraderie among the kids, their faces – all of it was just captivating!’

One-third of the profits from the CLASS exhibition will go to Redearth Education, which was founded 15 years ago by Ben Katzler’s dad, Ronnie Katzler. Their mission is to raise the standard of education in rural Uganda by focusing on the training of teachers and equipping them with the tools and techniques that we take very much for granted in the developed world. 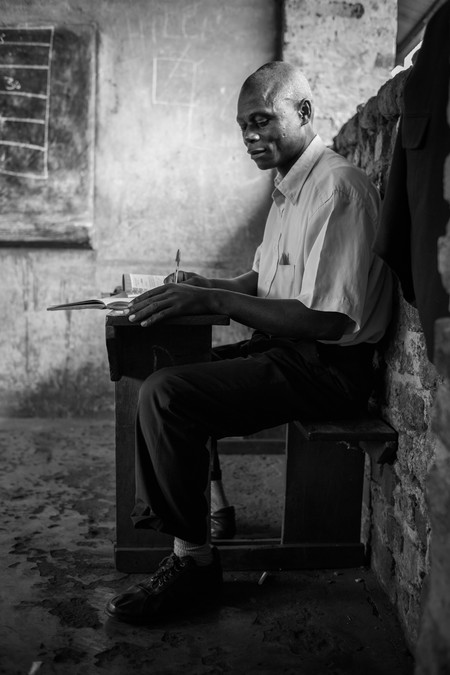 CLASS is Katzler’s first exhibition in London; it’s special to him because the work Redearth does is showing phenomenal results and needs to continue. Dropout rates in the schools where they’ve implemented the programme (which now totals to 132) have reduced from around 80% to almost nothing and literacy levels have risen at practically the exact same rate in reverse. But without corporate sponsorship, this is all being done by small donations from individuals.