How to Navigate Transport in Banjul, The Gambia 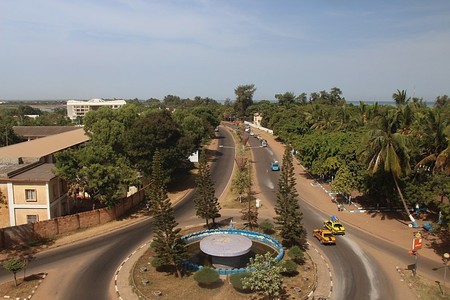 Travelling in and around The Gambia’s capital city of Banjul can be exciting and breathtaking. The city’s low lying topography and good road connectivity are some of the great features that make movement in and around the island city convenient and easy. From Gelegeles buses, mini vans, and taxis, we look at ways to help you navigate transport in Banjul.

These are mini bus-style carriers that can accommodate 20 – 28 passengers depending on the condition and size of each individual vehicle. Most of these carriers connect the city with major towns and villages in the metropolis. However, they can sometimes be overcrowded due to their low cost compared with other carriers.

Local tip: Make sure you inform your driver or his apprentice where you want to get off, and knock on the window as a reminder when it’s your turn to exit. Do bear in mind that this means that you will have to know where you’re going beforehand.

Mini vans are a favourite among many commuters, but they carry fewer people compared to Gelegele. The speed and comfort makes them an ideal means of transportation for many, especially in moving in and around in the city. Most of these carriers also link the city with other major metropoles in the country.

Local tip: Always remind your driver or his apprentice regarding your final destination, and knock on the window as soon as you arrive at your exit point. 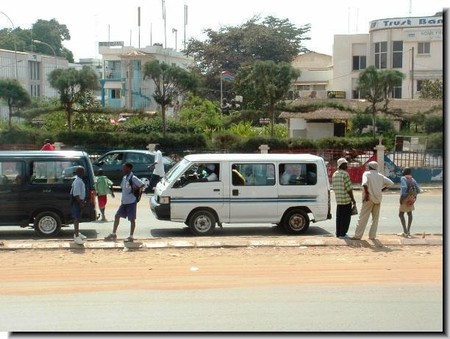 The quickest and fastest means of transportation in The Gambia are taxis. Though they can be expensive compared to other carriers, they are widely used by passengers in a hurry. Even in the most crowded traffic jam, taxi drivers will always find a way out. There are two types of taxis that operate in urban Gambia: green taxis and yellow taxis. They charge different rates for trips – yellow taxis can be used by any passenger who can afford the cost, and they can be found in and around the city and major towns. Green taxis are mostly stationed in areas with hotels, and are referred to as tourist taxis.

Local tip: Always negotiate the price before setting out on your trip, as rates differ from one driver to another depending on your destination. 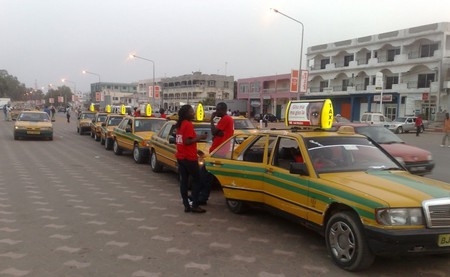 Buses generally provide an effective and efficient means of public transportation system. They are cheaper in most cases and have depots all around the city of Banjul. Most buses also connect the city with major settlements in the northern regions of the country. Travelling on buses can sometimes be frustrating, especially in a traffic jam, but it is the most preferred means of transport for many when travelling out of the city. The Gambia Transport Services Company is the main stakeholder in this sector, with its fleet connecting the city with major towns across the country and beyond. Travelling on buses can be an adventure, and prices are affordable and reasonable. Similarly, private tour buses also operate in this area, providing easy access for tourists from their hotels to places of interest.

Local tip: Make sure you are aware of the relatively strict schedules the buses keep. You can ask your hotel or locals for more information about buses service in The Gambia. 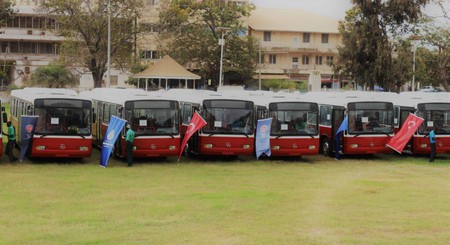 The Gambia Ports Authority operates in various ports and has a ferry service. The Banjul-Barra crossing connects the City of Banjul to the North Bank region settlement of Barra. People use these ferries for sightseeing, and adventure, and they are cheap, safe and comfortable. However, travelling on ferries can sometimes be challenging, especially during bad weather or when the ferry is not in good shape. The first ferry departs Banjul for Barra as early as 6am, and the last till around 9pm. Private small pirogues and canoes also operate along the 7 km (4.35 mile) stretch, though some commuters prefer small vessels, as it is much faster. On occasion, passengers are able to spot whales which sometimes swim in the busy crossing.

Local tip: Make sure you buy your ticket before boarding a ferry or boat. Look out for the nearby ticket kiosk or ask anyone around you and they will be more than willing to assist you. Also, go along with a camera to take some amazing pictures during the crossing. 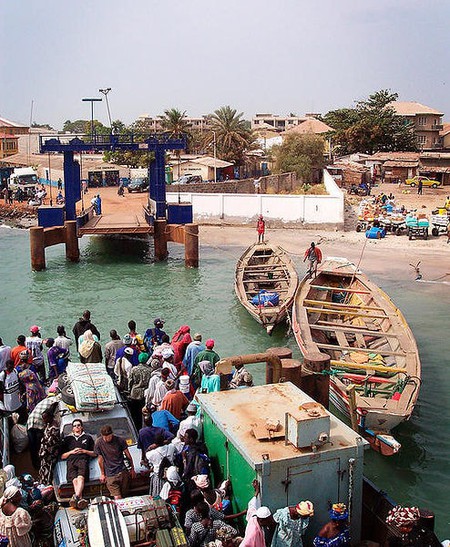 The ferry crossing in Banjul, The Gambia | © Stuart Holding / WikiCommons

The Gambia is yet to introduce any transportation apps, though visitors in the country generally always find their trip exciting and with little stress. The Gambia Transport Service Company has recently introduced a mobile e-ticketing service, where passengers can buy their tickets in advance and get confirmation via text message with necessary information about their departure time.