In Conversation: How Accessible is African Art for Its Artists? 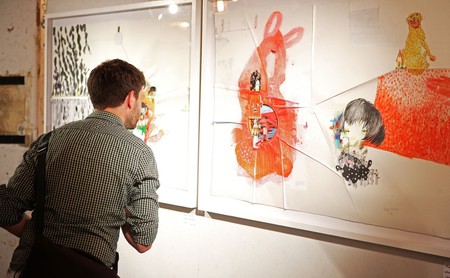 With a refreshed appreciation for African art seemingly taking hold, Culture Trip decided to talk to the eclectic artists who form part of Nando’s Southern African art collection to learn more about how these new developments influence the West’s gaze on African art, how the new attention helps to spotlight and nurture talent from across the continent, and how accessible this art is for people living on the African continent.

Patrick Bongoy is originally from the Democratic Republic of Congo, but now lives and works in South Africa. He uses discarded material to tell tales of his home country, and much of his work focuses on how the DRC’s mineral wealth has made the country a target for opportunists from around the world. 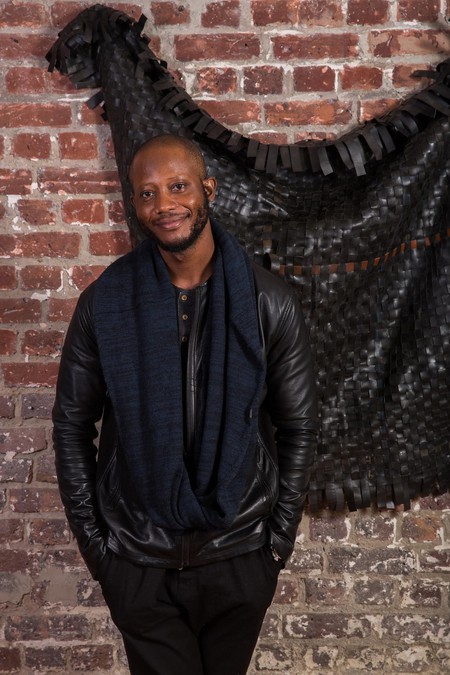 In light of the renewed focus on African art, with the opening of the Zeitz MOCAA and the 1:54 Contemporary African Art Fair, what are your thoughts on the West’s gaze on African art? Have you noticed any changes in how the world views Southern African art?

I think African art is now increasingly being given the credit and honour it deserved long ago. It’s been capturing the attention of the West in a particular way now that is different to what it was before. The West’s historical perspective on Africa has obviously shifted with time, and Africa itself has taken the lead more in defining what the world should say and see of us. The art scene and market has developed, even with all the economic challenges. This is not only because of the West and North investing in it for increased commercial profit and promotion of the work internationally, but also Africa is highly resourceful.

The growing number of high-quality art fairs, art prizes, art markets and exhibitions being produced in Southern Africa, as well as publications that expose new talents and projects, means that contemporary and diverse African art is more visible, accessible and shows its place in the global arena. In the South African art industry specifically, I do think that there is a need to be conscious of giving opportunities to artists who have migrated, now working and living here, not only giving priority focus to citizens.

This integration will acknowledge the powerful influence migration can have on art and allow true exchange and collaboration. 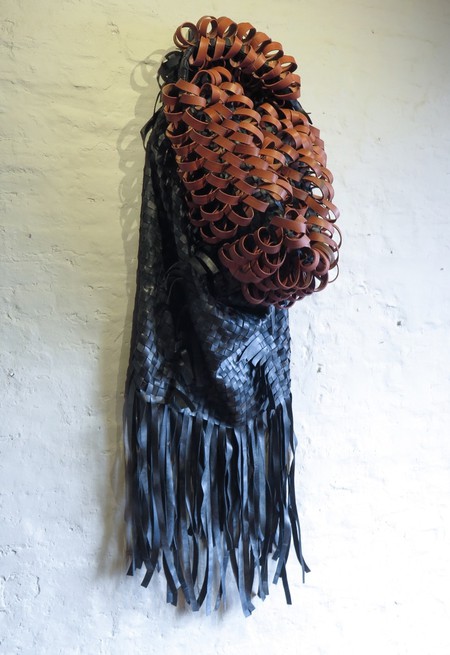 Are there ways to exploit your position as an African artist on the world stage? To what extent do you need to play along with the theme of ‘African’ art in order to gain acceptance and credibility as an artist in your own right?

I recognise that this kind of stereotypical framing persists, but I am not engaged in trying to conform to any of this. I am just an African artist growing and pursuing my vision, with my own concerns and sources of inspiration shaping my work. I obviously pay attention to what kinds of African art gets credited, sponsored and celebrated locally and internationally. However, I trust that my work and efforts to be innovative and authentic will ensure that the work finds its place and rewards, in the right places and in its time.

Henk Serfontein is one of South Africa’s most recognised contemporary artists, and his paintings have received widespread acclaim. His work follows several themes, but is deeply honest, introspective, and, at times, unnerving. 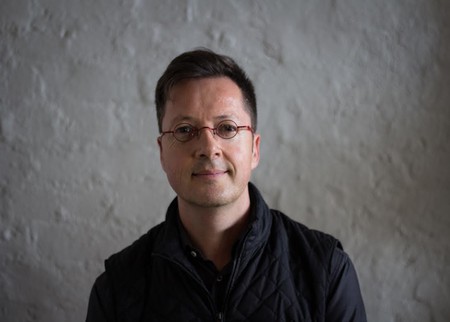 How accepting is the art scene of your authentically expressing yourself through art?

I am very proud of South Africa’s post-Apartheid liberal constitution that encourages discourse through freedom of speech. It has become a liberal environment that is accepting of difference and diversity. This creates a supportive environment with less fear of censorship that artists can thrive in. 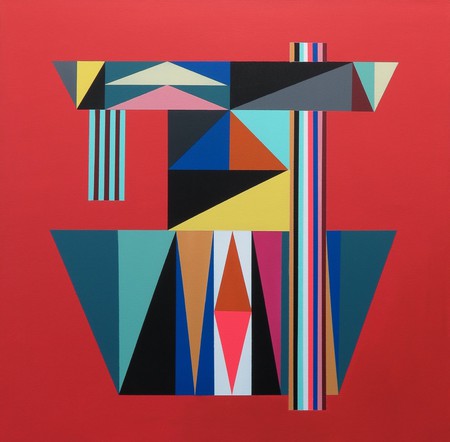 Ponta do Ouro by Henk Serfontein | Courtesy of Nando's

How important is self-expression and personal style in your work?

I am not that obsessed with personal style. I choose the style I am working with according to what I find appropriate for the conceptual demands in the work. I do, however, feel that it is important to internalise what you are conceptually working with, to find a more singular viewpoint that the audience will hopefully find enlightening and compelling.

How much has your background and upbringing shaped what you exhibit? Do you think it’s given you an edge over other artists?

My upbringing as an Afrikaner in South Africa has definitely shaped what I exhibit. My references would include diverse influences such as Jasper Johns, but also celebrated Ndebele artist Esther Mahlangu. I feel that I am not exclusively African or European. I fit somewhere in between. It is exactly that in-between space that interests me as an artist and informs a lot of my work and what I do. I think that my presence at the 1:54 Fair will expand people’s perception of what an African can be.

Marlise Keith is a South African artist who works with various media to portray situations, themes and ideas she encounters in her surroundings and throughout her everyday life. Keith’s complex works have been displayed around the world and have received international acclaim. 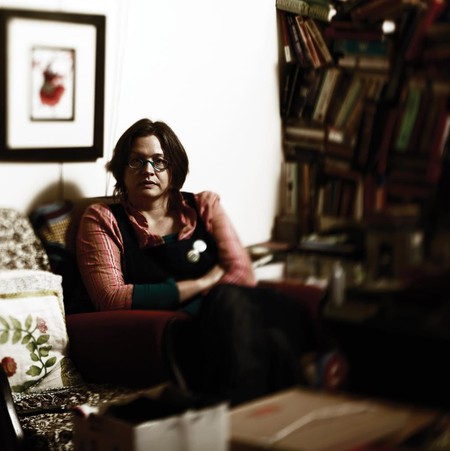 How has Nando’s and the Spier Arts Trust helped shift the focus on Southern African art, both locally and abroad?

I used the word ‘miracle’ talking to someone about this the other day – and I truly mean miracle. Making art in South Africa on a full-time basis is very hard. Programmes such as Nando’s Art Society, the Chicken Run, and Creative Block all contribute to being able to make art full time. The fact that these programmes pay for the art immediately is a huge thing. Traditionally, galleries take works on consignment and only pay once the work is sold. Some galleries may take a while to pay, which results in feast or famine. As you can imagine, this plays havoc with one’s mental and fiscal health. There is absolutely nothing romantic about being a starving artist. 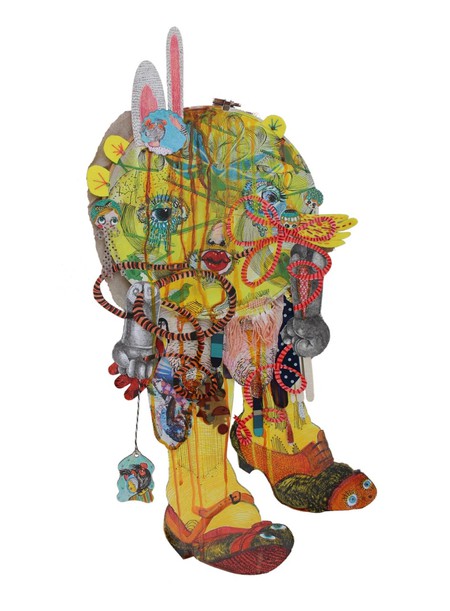 Save My Ribbons for Thee by Marlise Keith | Courtesy of Nando's

How important are platforms such as these in developing young talent and nurturing established artists?

It is of the utmost importance. Kurt Vonnegut wrote a letter to a group of students at Xavier High School in New York City in 2006: ‘Practice any art, music, singing, dancing, acting, drawing, painting, sculpting, poetry, fiction, essays, reportage, no matter how well or badly, not to get money and fame, but to experience becoming, to find out what’s inside you, to make your soul grow… You will find that you have already been gloriously rewarded for your poem. You have experienced becoming, learned a lot more about what’s inside you, and you have made your soul grow.’

What Nando’s and the Spier Arts Trust do is to create opportunities for individuals to make one’s soul grow. How freaking amazing is that?!

Thenjiwe Niki Nkosi is a Johannesburg-based painter, filmmaker and video artist. Her thought-provoking works deal primarily with issues of power and its political and social manifestation, and she’s exhibited works around the world, including Berlin, Rio de Janeiro, and Johannesburg. 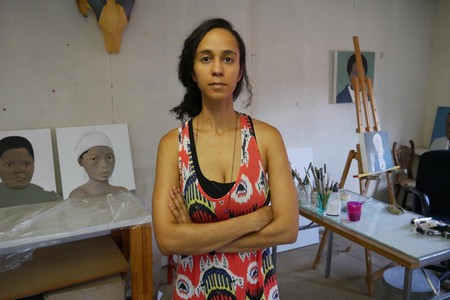 It seems as if there’s a greater appreciation for African art at big international fairs around the world, and maybe less so in South Africa and on the African continent. Is this a reasonable assumption, and, if so, why do you think this is?

No. I do not think this is a reasonable assumption, as I don’t know how one measures or defines ‘appreciation’ in this case. 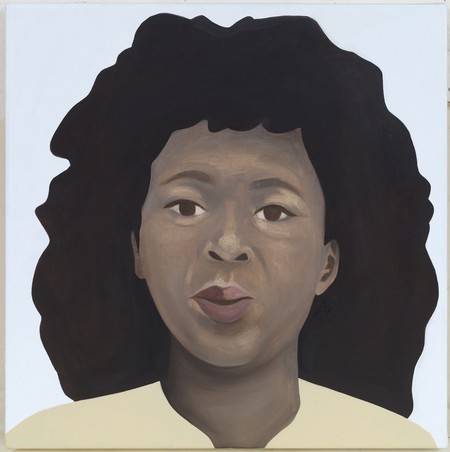 How accessible is the art scene in South Africa? Are average citizens able to view and engage with your art, or is it typically accessible mainly to people in the scene? Is there a way to break down these barriers?

Different kinds of art are accessible to different people. If we are talking about contemporary urban art that appears in galleries, then I don’t think it’s very accessible to people, as those spaces have an atmosphere of exclusivity and are often in very exclusive areas. However, there is art and there are artists making work all over South Africa, and different scenes attract different audiences.